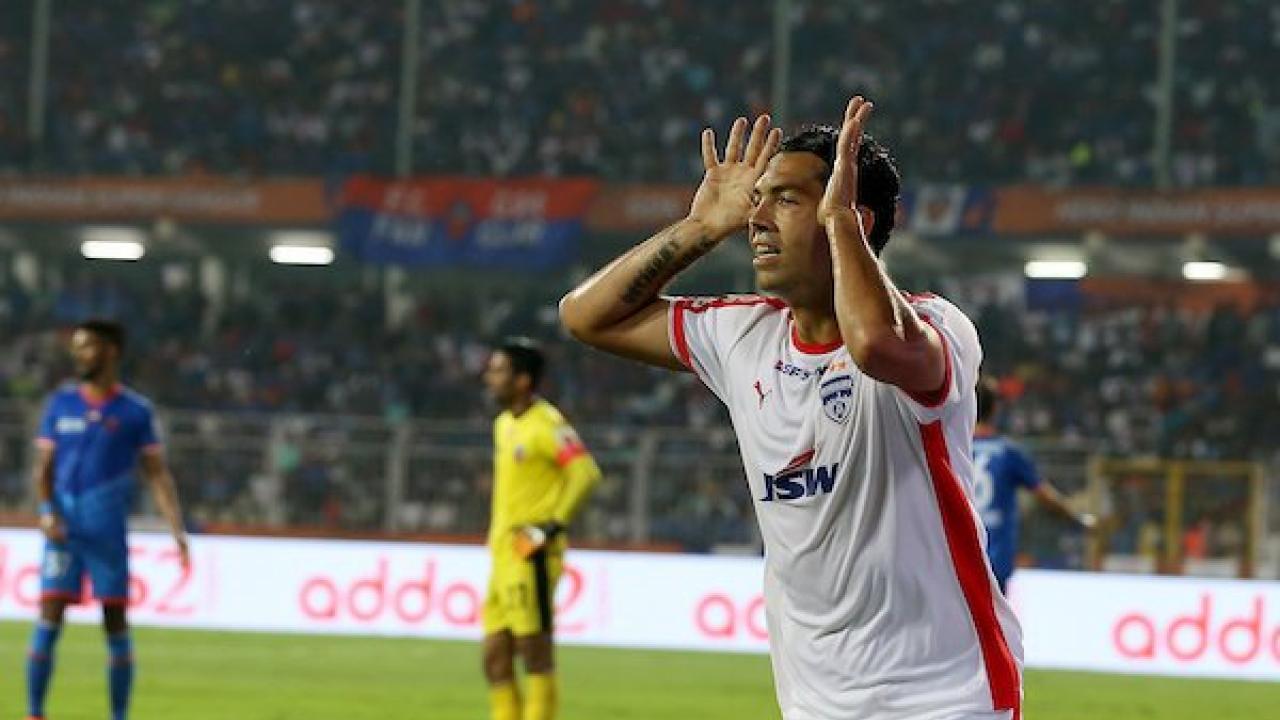 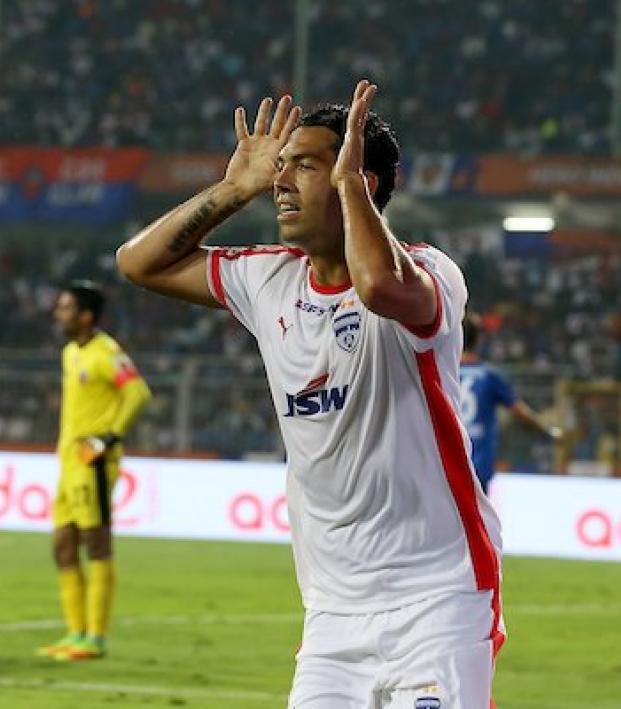 Watch Miku Pass To Himself Before Scoring Brilliant Goal

Travis Yoesting November 30, 2017
Miku assisted himself and dribbled three defenders to score for Bengaluru in the Indian Super League.

Nicolás Ladislao Fedor Flores, otherwise known as Miku, spent six years at Valencia, making a grand total of two appearances and scoring exactly zero goals with the La Liga side from 2004-2010. In three matches with Bengaluru FC, Miku already has three goals, including two on Thursday. For the second, he played a pass to himself before dribbling past three defenders.

Even though Bengaluru FC lost 4-3 to FC Goa, the second Miku goal was easily the highlight of the match.

Miku probably didn’t mean to pass the ball to himself, but a mishit is just an opportunity in disguise, or some such nonsense you might find inside a fortune cookie. The Venezuelan, realizing his attempted dink pass was going to no one, immediately sprinted to the ball and used the element of surprise (to himself and the opponents) to attack.

Miku then showed impressive composure in the box to escape the challenge of three defenders before delicately chipping the ball over the keeper. It was a fantastic finish and we only wish he could get credit for an assist and a goal.

Born in Caracas, Miku moved to Valencia at the age of 16 but never really panned out for Los Che. He spent most of his time in Spain either on loan or with Valencia B before moving on to Getafe in 2013, where he scored 26 goals in 92 appearances — not a bad haul. After middling showings with Celtic (on loan), Al-Gharafa of Qatar and Rayo Vallecano, Miku moved on to the Indian Super League. 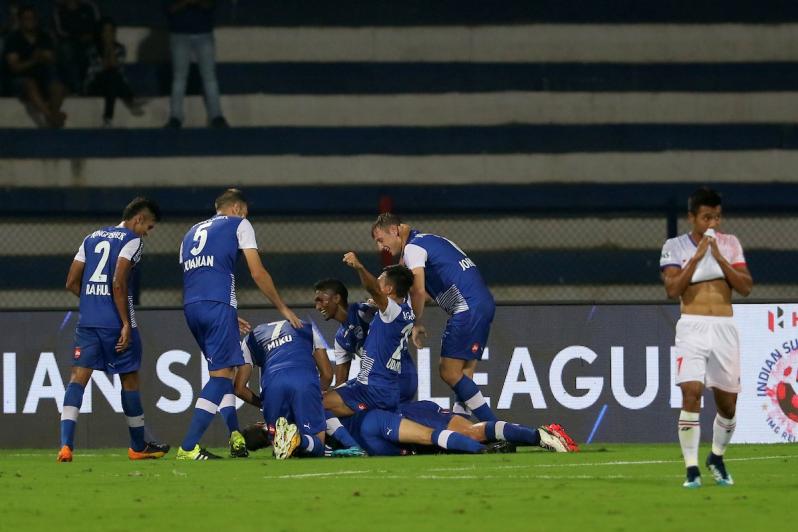 Miku failed to score in three shots in his first match but scored once in a 4-1 win over Delhi Dynamo and twice in Thursday’s defeat. His first goal against Goa wasn’t a bad effort either, completing a nice team move.

Of course, it was all for naught as Bengaluru lost its first match of the season, in part due to a red card picked up by Gurpreet Singh Sandhu in the 36th minute. Remarkably, Miku’s second goal completed a rally from 3-1 down to equalize at 3-3, but Ferran Corominas completed his hat trick three minutes later to ensure the three points for Goa.