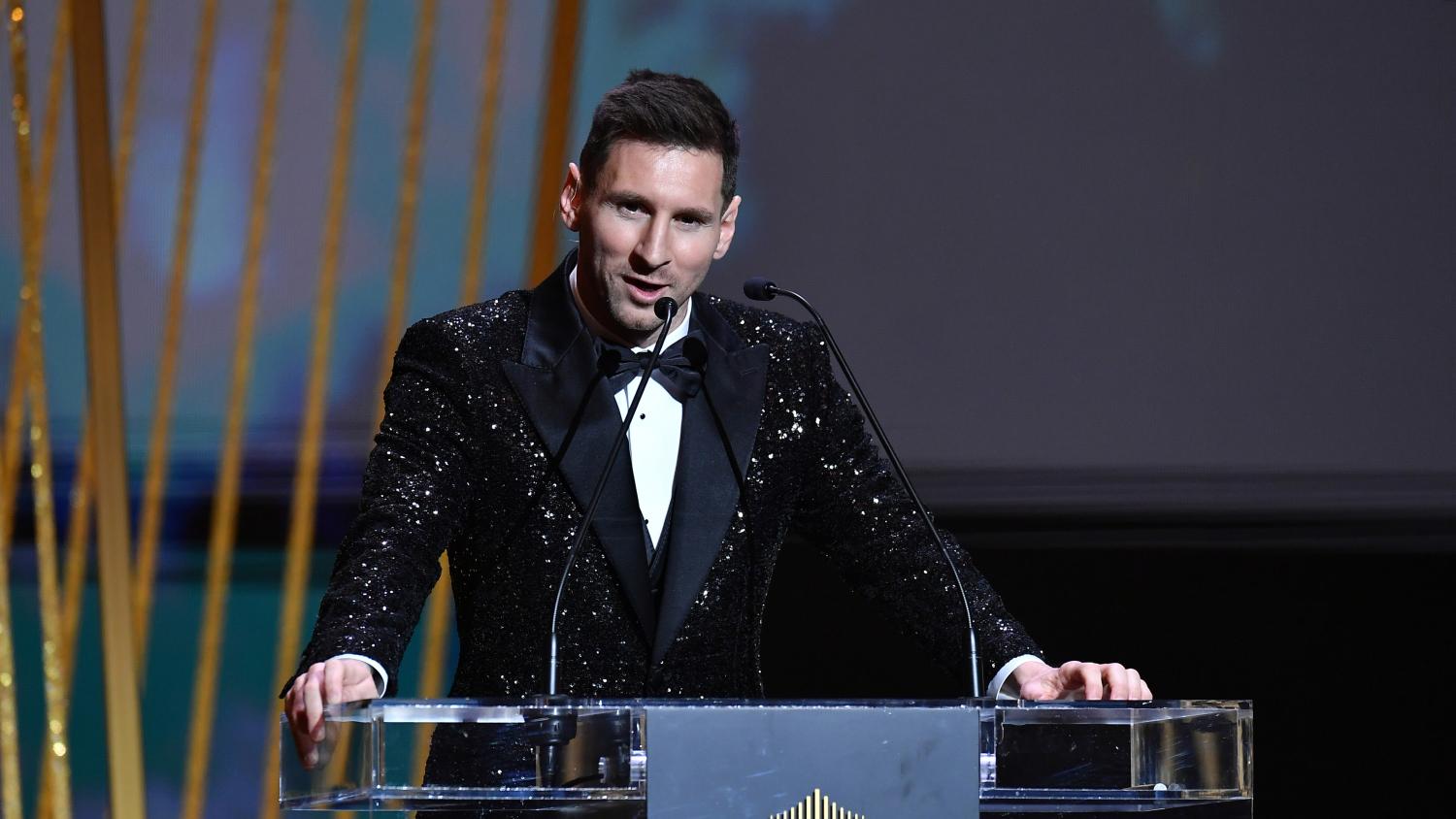 Lionel Messi said what we’re all thinking about the 2020 Ballon d’Or.
Getty Images

Lionel Messi won his record-extending seventh men’s Ballon d’Or on Monday. Anyone who watched him carry both Argentina and Barcelona over the last year knows he absolutely deserved it. But even Messi admitted on Monday that Robert Lewandowski deserves the 2020 Ballon d’Or.

Messi just barely beat out Lewandowski in the voting by a panel of journalists, 613-580, to claim the 2021 Ballon d’Or. Lewandowski led Bayern Munich to the 2020 Champions League crown and set a Bundesliga record with 48 league goals last season. France Football decided not to give out a 2020 Ballon d’Or because of the Covid-19 pandemic.

“I’d like to mention Robert; it’s been a real honor to compete with him” Messi said Monday after winning the 2021 trophy. “I think France Football should award you your 2020 Ballon d’Or; you deserved it.”

Messi wants to see Lewandowski get what he deserves pic.twitter.com/jbvUCtQRrE

Hard to argue with Messi there.

Lewandowski clearly deserved the 2020 Ballon d’Or for being the best player on the best team in the world, winning the treble with Bayern. Instead, Lewandowski had to settle for the new Best Striker of the Year award on Monday, which felt like it was only created as a consolation prize for the Polish forward.

Personally, I think France Football should just give Lewa the 2020 Ballon d’Or now. No one would think anything of it, except maybe Cristiano Ronaldo, who finished sixth in the voting this time around, the first time since 2010 he wasn’t among the top three.

The only problem with going back to give the 2020 award is that then France Football would have to award a Ballon d’Or Féminin, and we’ve long seen how little they actually care about women’s football, waiting 62 years before giving women a Ballon d’Or. Even this year, they scheduled the Ballon d’Or award ceremony during a women’s international break, when the world’s best footballers are spread all over the globe and most were unable to attend. But I’ll help France Football out: Give the 2020 Ballon d’Or Féminin to Lyon’s Wendie Renard.

Robert Lewandowski is 33 years old, just a year younger than Messi, who became the second-oldest player to win a Ballon d’Or on Monday. Maybe the Bayern icon will get another chance, but everyone — even Messi — agrees he deserves the 2020 Ballon d’Or.