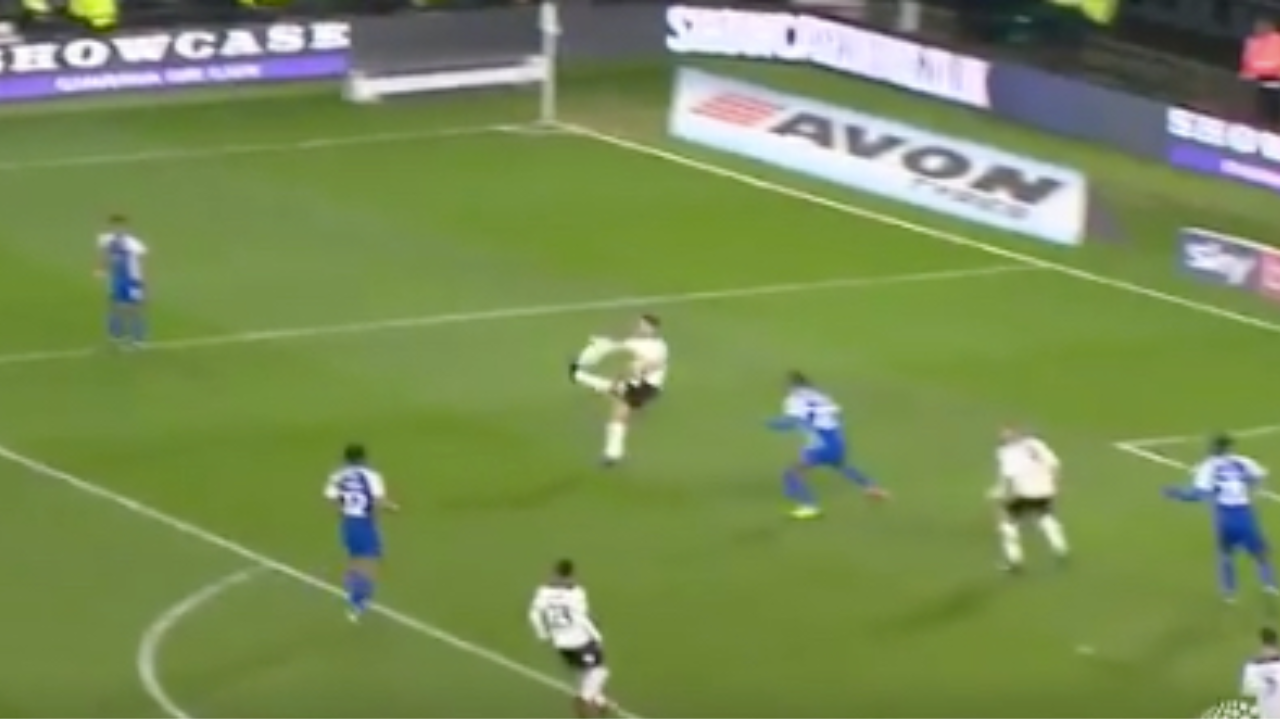 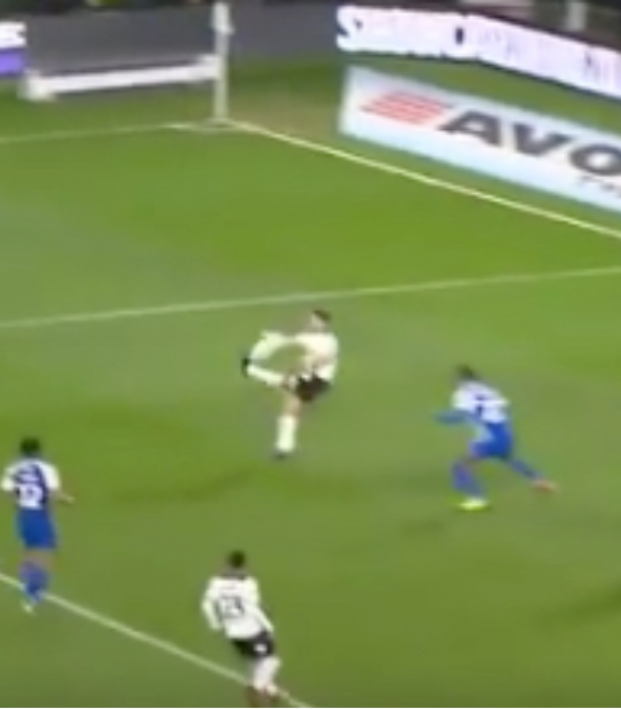 This Absurd, Left-Footed Overhead Flick Is Almost Beyond Comprehension

Tuesday, Frank Lampard’s Derby County recorded a massive 2-1 victory over Wigan Athletic to keep the club in the thick of the English Championship promotion playoff race. Trailing 1-0 with over an hour gone, 22-year-old winger Mason Bennett equalized with a gobsmacking, left-footed overhead flick from about 12 yards out.

Lampard called it as good as Gareth Bale’s goal in last season’s Champions League final, and it’s an almost certain nominee for the 2019 FIFA Puskás Award (although the winner will ultimately be a tap-in from Mohamed Salah).

Here’s the strike — be prepared to not really understand what you’re witnessing.

This was only Bennett’s second goal of the season, proving that it never hurts to do something absolutely outrageous.