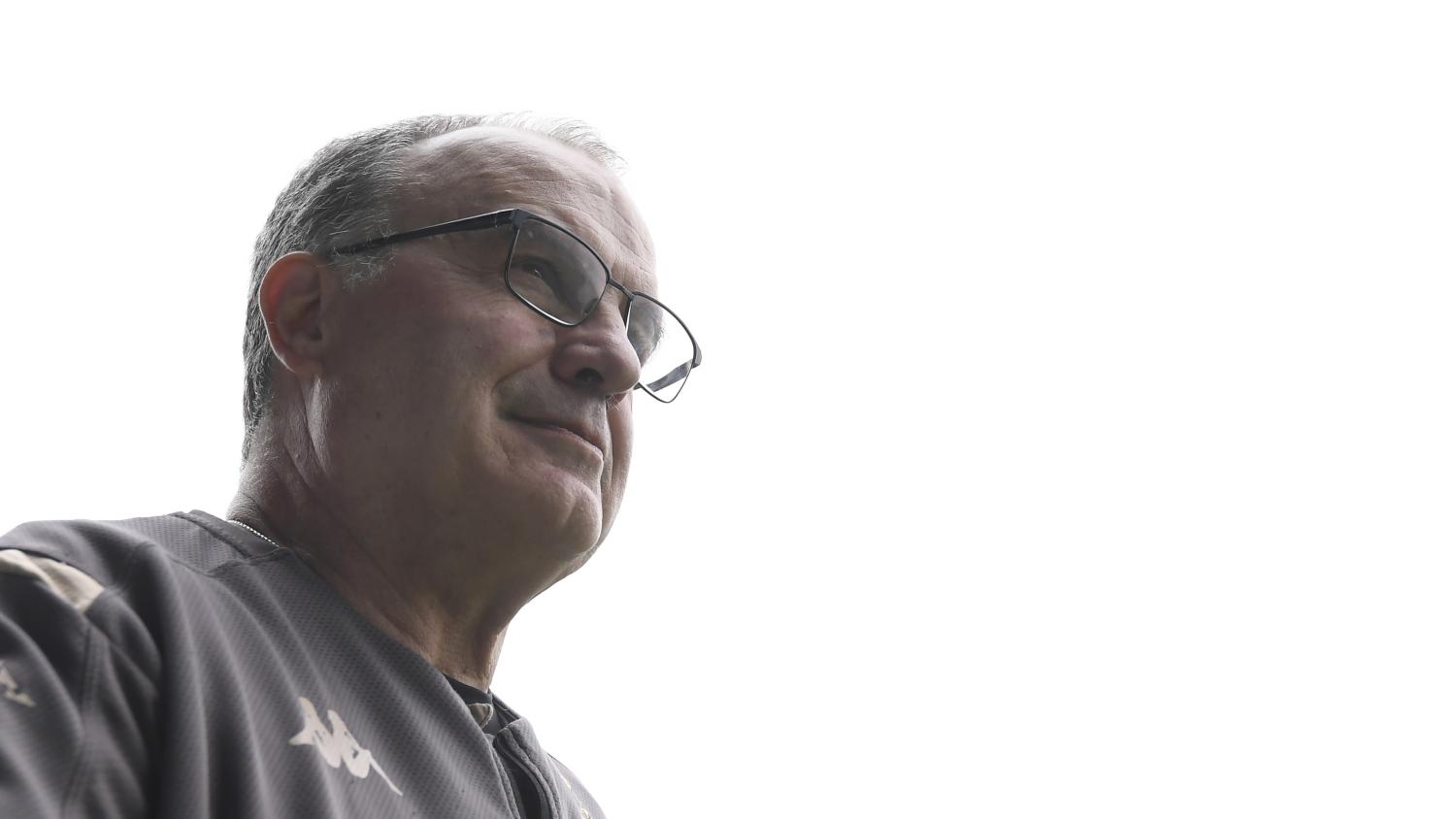 He watches matches perched on a bucket, lives in a one-bedroom flat above a shop and holds his staff meetings in a local Costa coffee shop.

Marcelo Bielsa, who has taken Leeds United back to the English Premier League after a 16-year absence, is one of soccer's most endearing and enigmatic characters and has developed a cult following in many of the places he has coached.

Pep Guardiola is one of many coaches who said they have been inspired by Bielsa although the Argentine's relatively modest trophy cabinet does not match his widespread influence.

The 64-year-old is famously obsessive, once shutting himself in a hotel room for 48 hours to escape the world after a poor run when he was coaching Argentine side Newell's Old Boys -- a club whose stadium is now named after him.

"I turned off the light, closed the curtains... I burst into tears. I could not understand what was happening around me," he said, though he also recognised that, as his daughter had just recovered from a serious illness, he might be over-reacting.

"Does it make any sense that I want the earth to swallow me over the result of a football match?" he pondered.

He is also unorthodox. When asked at Olympique de Marseille why he would not allow the media to watch the team training, Bielsa spent 10 minutes talking about his teeth.

The explanation centred around a training session in Chile where he did not have his dentures.

"The only thing the media talked about were my missing teeth. So I didn't see the point of them watching," he said.

He is also famously studious, taking 7,000 videos with him to the 2002 World Cup as coach of Argentina. He even turned up at a players' wedding with a video of a recent match under his arm.

Bielsa, whose brother Rafael is a former Argentina foreign minister, spends much of the match pacing up and down in his area, hunched on his knees or sitting on his trusty bucket.

He is highly selective about where he works, preferring to go where there are players who are suited to his highly demanding style of play.

"He studies the city, he studies the people, he studies everything. Bielsa went to manage Leeds for the city as a whole," said Ricardo Lunari, an Argentine coach who played under Bielsa at Newell's.

He chose to live in the West Yorkshire town of Wetherby, where he is often seen in the local supermarket, so he could walk to the training ground.

His philosophy explains the somewhat eclectic career -- Atlas, Espanyol, Newell's Old Boys, Argentina, Chile, Athletic Bilbao, Marseille, Lille and Lazio, where he quit after two days because conditions were not what he had expected.

Last season saw him involved in the 'Spygate' scandal after promotion rivals Derby County alerted the police to a man with binoculars "acting suspiciously" outside their training ground. It turned out to be a Leeds employee observing their training.

Bielsa, who said he had broken no laws and had done it throughout his career, held a 70-minute news conference where, in an extraordinary power-point presentation, he detailed the lengths to which his staff would go to prepare for games.

In that season's promotion playoff, Leeds scored with an Aston Villa player injured on the ground and, amid furious protests, Bielsa ordered his side to allow their opponents to walk the ball into the net.

He rarely discusses referees, though he broke the habit after being sent off in a Copa America match between Argentina and Colombia. "On this occasion, I will say one thing about the official," he said. "He was absolutely right to send me off."