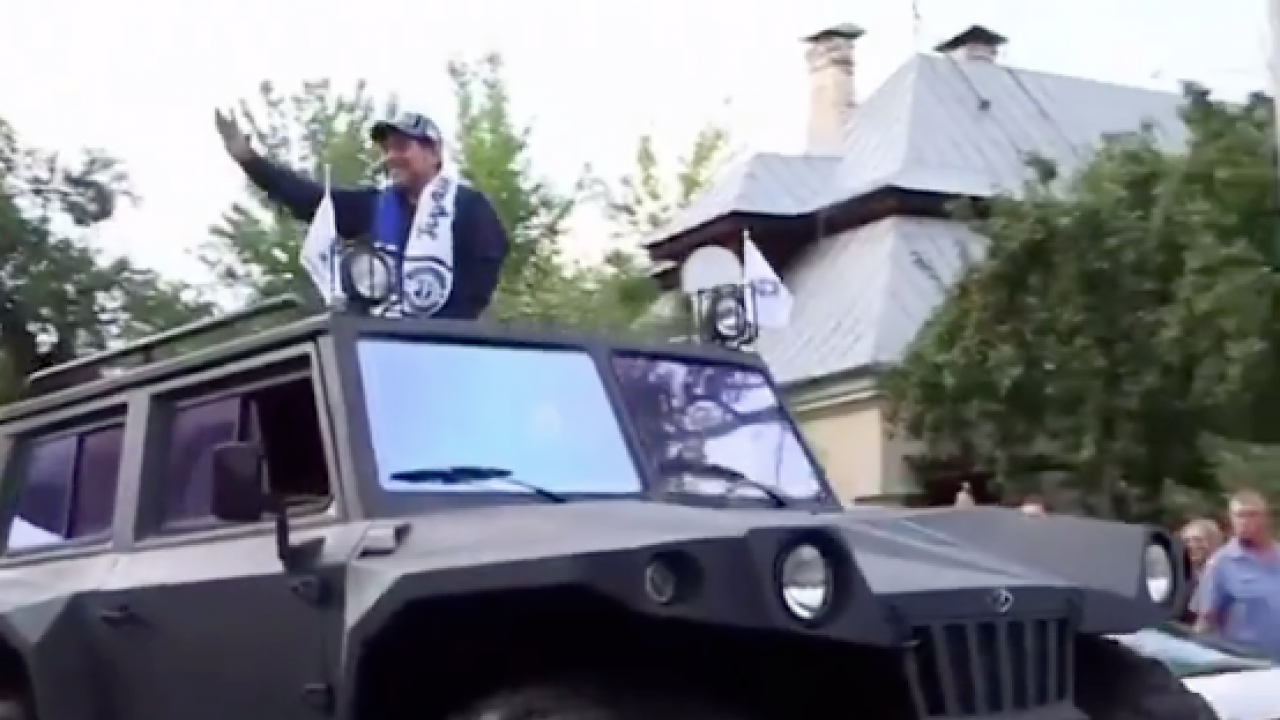 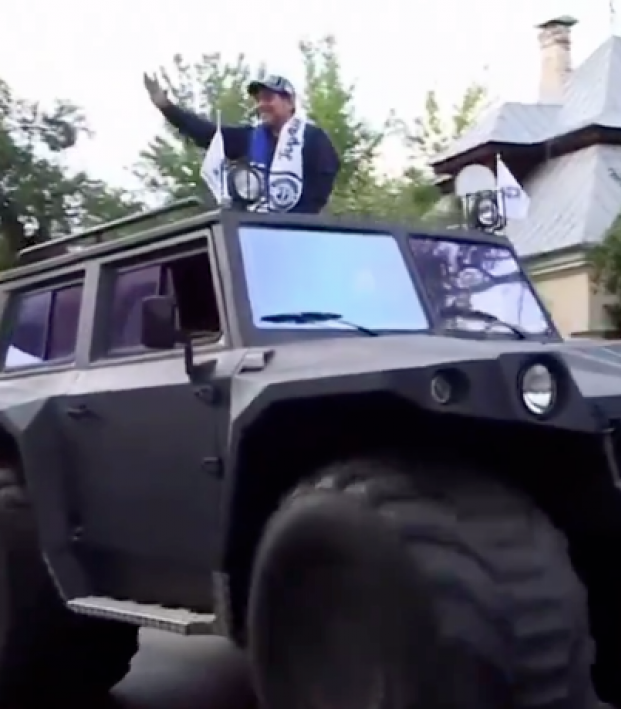 Yousef Alshammari July 17, 2018
As if flipping both birds at the fans during the World Cup wasn’t crazy enough this year, now you have to go and mess with Belarus.

On Monday, Diego Maradona signed a three-year contract with Belarus’ FC Dynamo Brest. Now, Maradona becomes the bane of Belarus. The man who made cocaine seem like a Kellogg’s product is now the chairman of a club that’s been relegated twice from the Belarus Cup, only won it three times in a span of 58 years (1960-2018) and parades its chairmen in military vehicles.

Mind you, the club has won the Belarus Cup three times — never the Belarus Premier League.

Diego Maradona marks his appointment as chairman of Belarus club Dynamo Brest the only way he knows how...

By rolling through the city in a MONSTER TRUCK!  pic.twitter.com/luSUjCPFfH

The 57-year-old, almost as old Dynamo itself, received a warm welcome (if you consider armored trucks a sign of hospitality), only to see his new club lose 3-1 against rival FC Shakhtyor. To be fair, Dynamo did gain the lead with a goal at the 25-minute mark, but Shakhtyor ended the Belarusian Premier League match with three goals, including a penalty.

As if the United Arab Emirates’ Al-Fujairah FC, Maradona’s last managed team, was any good either.

During a World Cup match between Argentina and Nigeria, Maradona’s infamous and often inexplicable antics were up and at it once again. When Leo Messi opened up the scoreboard, Maradona looked like he was touched by the Holy Ghost, but moments later, Maradona sunk back into his seat when Nigeria equalized.

However, when Argentina safeguarded the match with a late winning goal, Maradona double middle-fingered the stands below. All the while being a FIFA Ambassador at the World Cup … at least his words possess more reason than his actions:

“I need a challenge, an important project to show that I never stopped working. I take it with all the affection of the world, respecting the people who gave me this opportunity.”

Maradona hasn’t changed much with the whole possessed vibe. This was him during the 1994 USA World Cup:

It just doesn’t add up, does it? Dynamo Brest was saved from bankruptcy two years ago and once the dots are connected, it makes sense why Diego “the Golden Boy” Maradona left the UAE in the first place. The co-owner of the club is Taj Eddin Seif and he is also the chairman of the Belarusian Business Council in the UAE.

The deal with the Belarusian club is ultimately a business venture from the Middle Eastern country, and people say Maradona is a don when he’s really a pawn. Hah! The Argentinian legend even stated his interest in importing Emirati players to the Belarus club.

“I will acquire UAE players for my team; don’t be surprised if tomorrow we have three Emirati players in my team,” Maradona said, as reported by Gulf News.

Poor Belarus; as if being geographically stuck between Russia and Poland wasn’t enough.