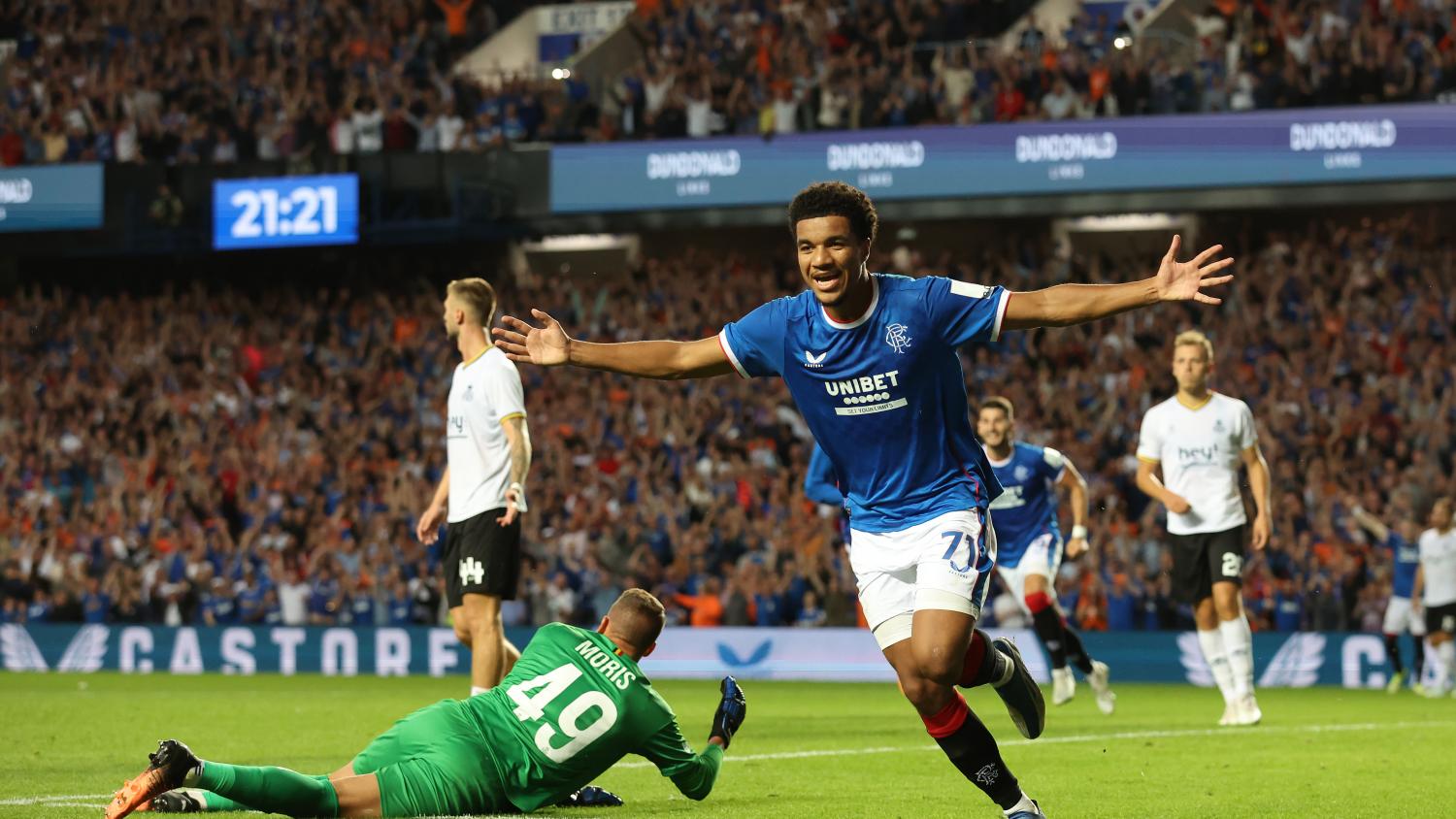 Malik Tillman, take a bow, if you’re done getting up.

Tillman, a 20-year attacking midfielder who surprised Germany by switching nationalities to represent the United States in May, left Bayern Munich on loan to Rangers this summer. He’s already becoming a club hero in Scotland.

Tillman used every bit of his 6-1 height and significant vertical leap to rise above the goalkeeper and head home a dramatic winner as Rangers overcame a two-goal, first-leg deficit to beat Belgian side Union St.-Gilloise 3-0 on Tuesday night for a 3-2 aggregate victory in the third round of Champions League qualifying.

Tillman and Rangers (including fellow American James Sands, who also started Tuesday), advance to the UCL playoff round to face PSV Eindhoven later this month for a spot in the Champions League group stage. Eindhoven, coached by Ruud van Nistelrooy, also includes some Concacaf friends: American Richie Ledezma and Mexican Érick Gutiérrez, who scored in PSV’s wild 4-3 aggregate win over Monaco on Tuesday.

After losing 2-0 in the first leg in Belgium, Rangers had a tall task back at the Ibrox for the second leg. James Tavernier converted a penalty kick just before halftime and Antonio-Mirko Colak scored in the 58th minute to even the score on aggregate.

In the 78th minute, a high and hopeful ball was sent into the box. Such crosses are often easily gobbled up by tall goalkeepers able to use their hands, but this time Tillman rose even higher than Anthony Moris to head home the winner.

Maybe the American should’ve played basketball, but we’re sure glad he’s playing soccer for the U.S. Just look at how he outjumped the keeper.

Though Sands was subbed out shortly after the goal, Tillman played the full 90 and Rangers held on for the dramatic win. The result ensures at least one more Champions League night at the Ibrox this season when Eindhoven visits in a few weeks, and perhaps more if the Scottish club can advance to the group stage.

Tillman taking it all in.

What a night at Ibrox, thank you for your support. pic.twitter.com/JpKc3trgOk