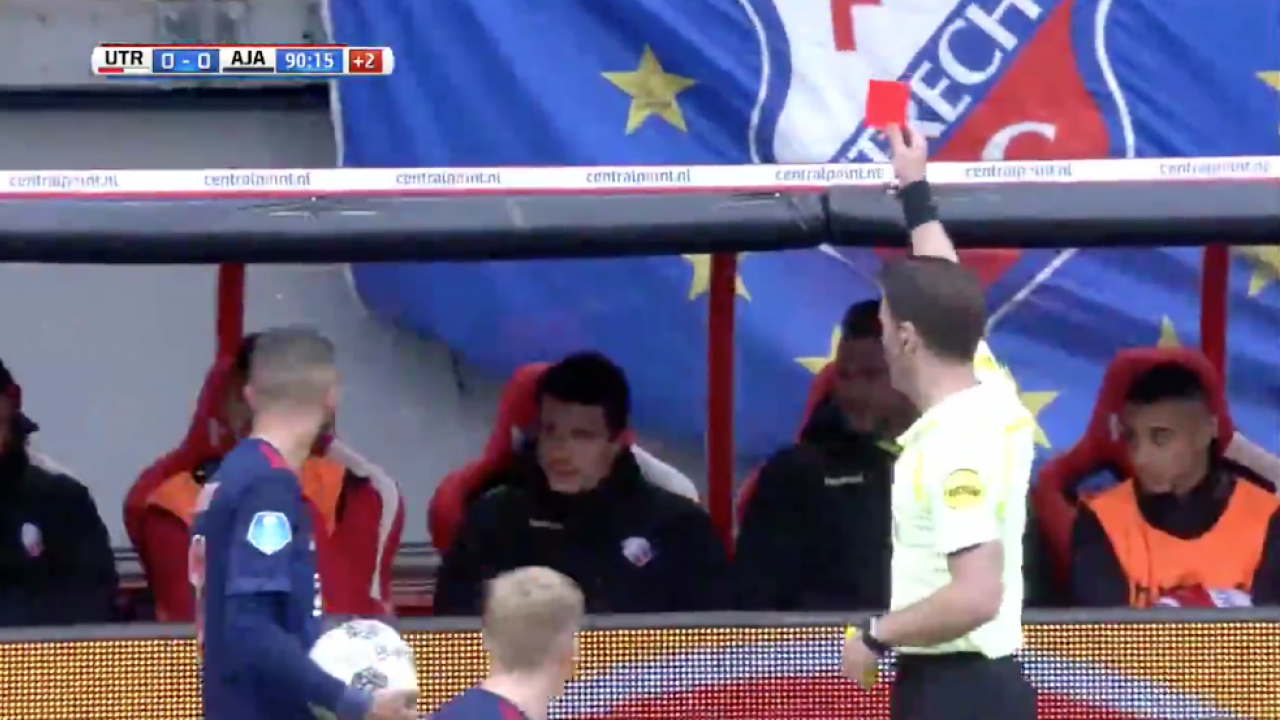 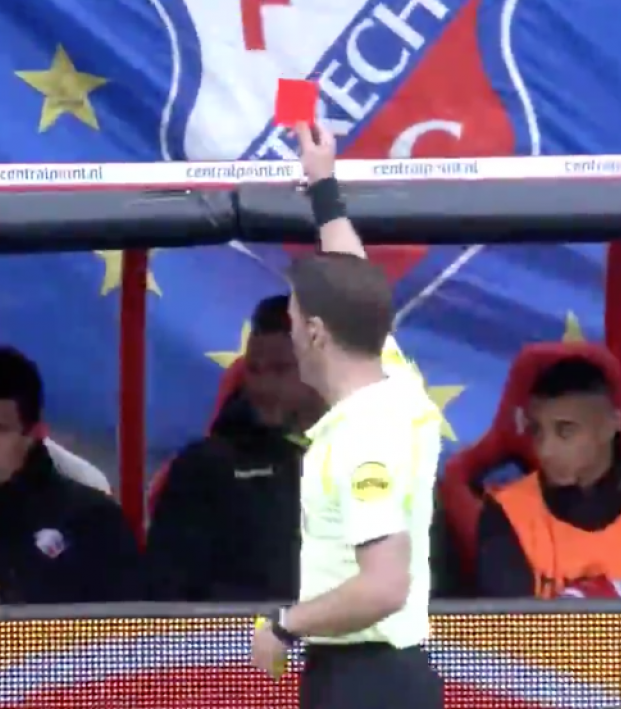 Travis Yoesting January 29, 2018
In the end, justice was served.

Ajax played at FC Utrecht on Sunday in the Eredivisie, a scoreless draw that was relatively unremarkable — except for the exploits of one Lukas Görtler. Utrecht’s German striker Görtler was sent off for a second yellow card, despite having been substituted off the pitch more than 30 minutes prior.

The incident occurred in second-half stoppage time. Utrecht was trying to hold on for a home point against the league giant (Ajax is currently in second behind PSV Eindhoven). Ajax’s Justin Kluivert, son of Patrick, ran to the sideline to pick up a ball for a throw in. However, Görtler, then on the substitute’s bench having been taken off in the 58th minute, decided to waste some time by picking up the ball. Kluivert was having none of it, trying to wrestle the ball free to perhaps set up a late winner, starting a brouhaha on the sideline.

For his insubordination, Görtler earned a yellow card. It was his second of the match, having picked one up in the first half — when he was actually on the pitch — so he was shown red and sent off. Kluivert probably deserved a yellow for his reaction to Görtler and the referee could have shown a few more cards after the confrontation, but at least he sent the right man off.

Because Görtler wasn’t on the pitch at the time of his second yellow, Utrecht didn’t have to play a man down. The match ended shortly thereafter anyway. He will have to serve a one-match suspension for the red card.

However, the Görtler second yellow may have been letting him off light. His first yellow card was a brutal tackle from behind in the 31st minute that probably should have been a straight red and a three-match suspension.

The cringe-worthy tackle on Ajax’s Nicolás Tagliafico did not draw the ire of the Argentine national team’s Twitter account like a similar challenge on Leroy Sané did for the German national team, but in the end justice was served. The Görtler second yellow came late, but no one can deny he deserved to be sent off.