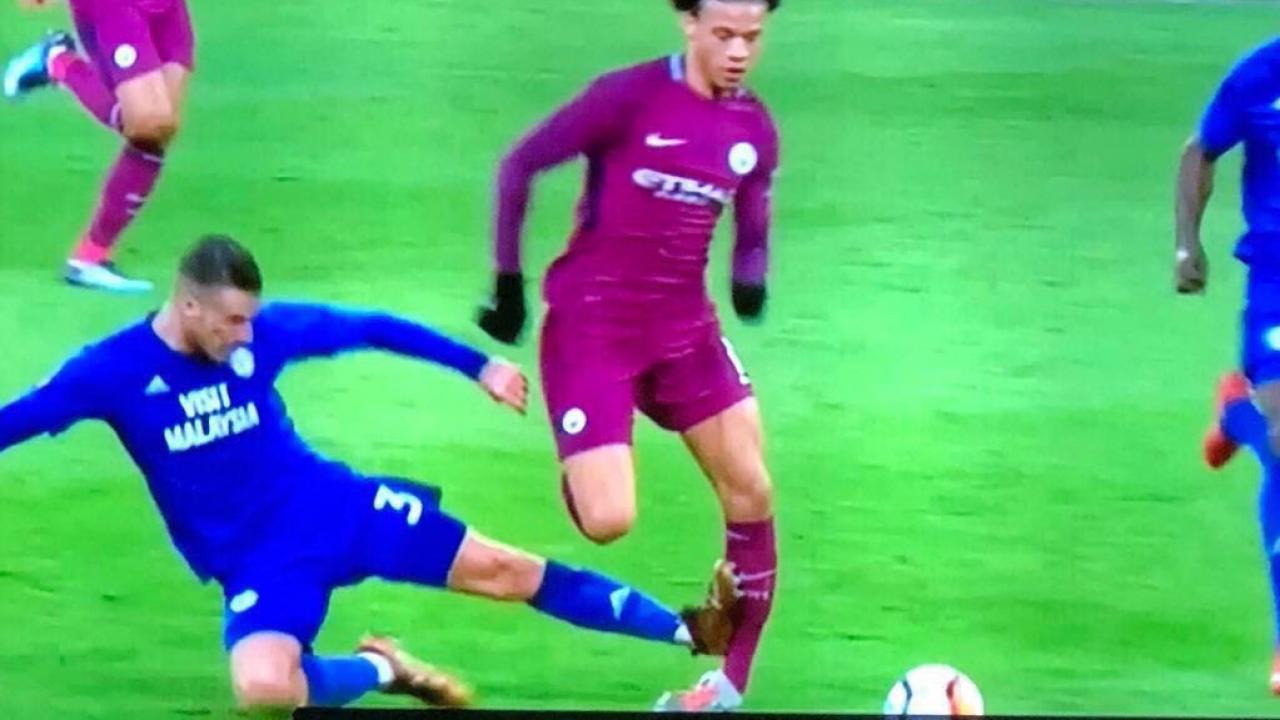 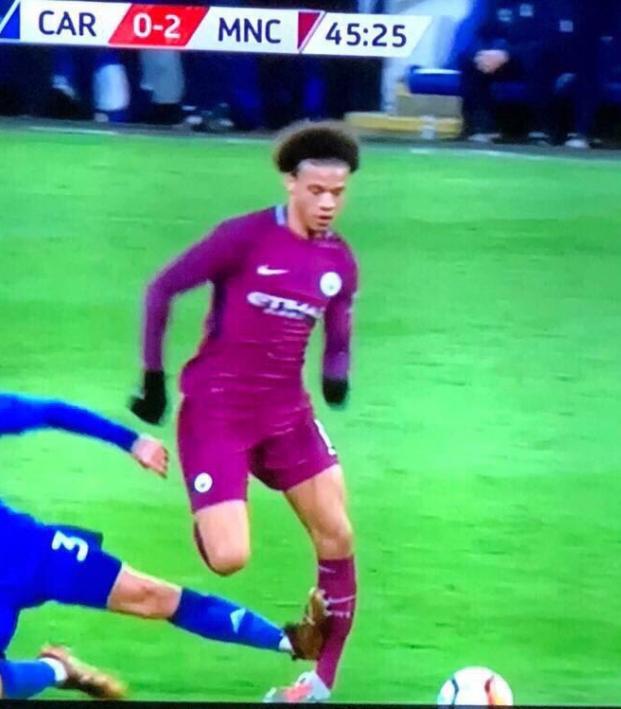 Manchester City winger Leroy Sané is one of the most exciting young players in the world, with the pace, dribbling and finishing to terrify any defense. He could be a breakout star for Germany at the 2018 World Cup, assuming he doesn’t break his leg first. Joe Bennett’s Leroy Sané tackle looked like it might have caused serious damage to the German on Sunday and the German national team’s Twitter account stood up for its player.

The Leroy Sané tackle took place in stoppage time in the first half, with Manchester City already leading Cardiff City 2-0 in the FA Cup. Sané was racing toward goal when Bennett dove in with his studs up straight into the shin of the winger.

It was a nasty challenge, one that deserved red without a doubt. Somehow, the referee saw fit to only show yellow. (Bennett was eventually sent off for a second yellow in second-half stoppage time.) 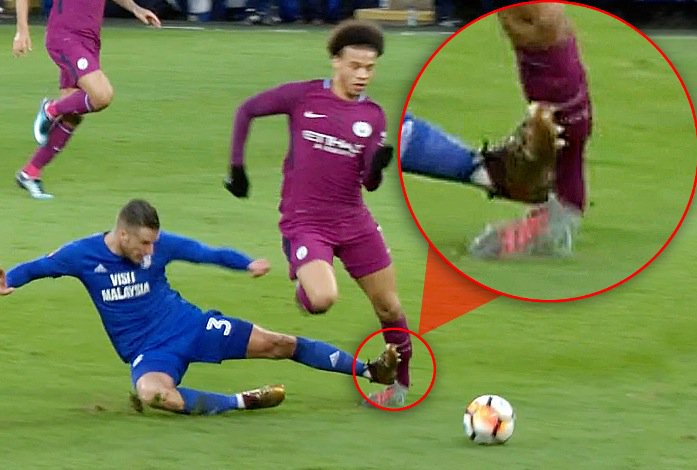 Sané was subbed off at halftime, replaced by Sergio Aguero. The Citizens went on to win 2-0.

But the Leroy Sané tackle didn’t go unnoticed by Die Mannschaft’s Twitter account, which tweeted at @CardiffCityFC asking them not to hurt their German players ahead of this summer’s World Cup.

Hey, @CardiffCityFC. Just letting you know, we have a really important tournament in the summer. Please don't hurt our players. Thanks, #DieMannschaft#inSane

After the match, Manchester City manager Pep Guardiola said Sané will probably be out for two or three weeks. For the sake of football, we hope he’s not seriously injured. Unless you’re a Newcastle fan still bitter after he torched the Magpies’ entire defense last week.