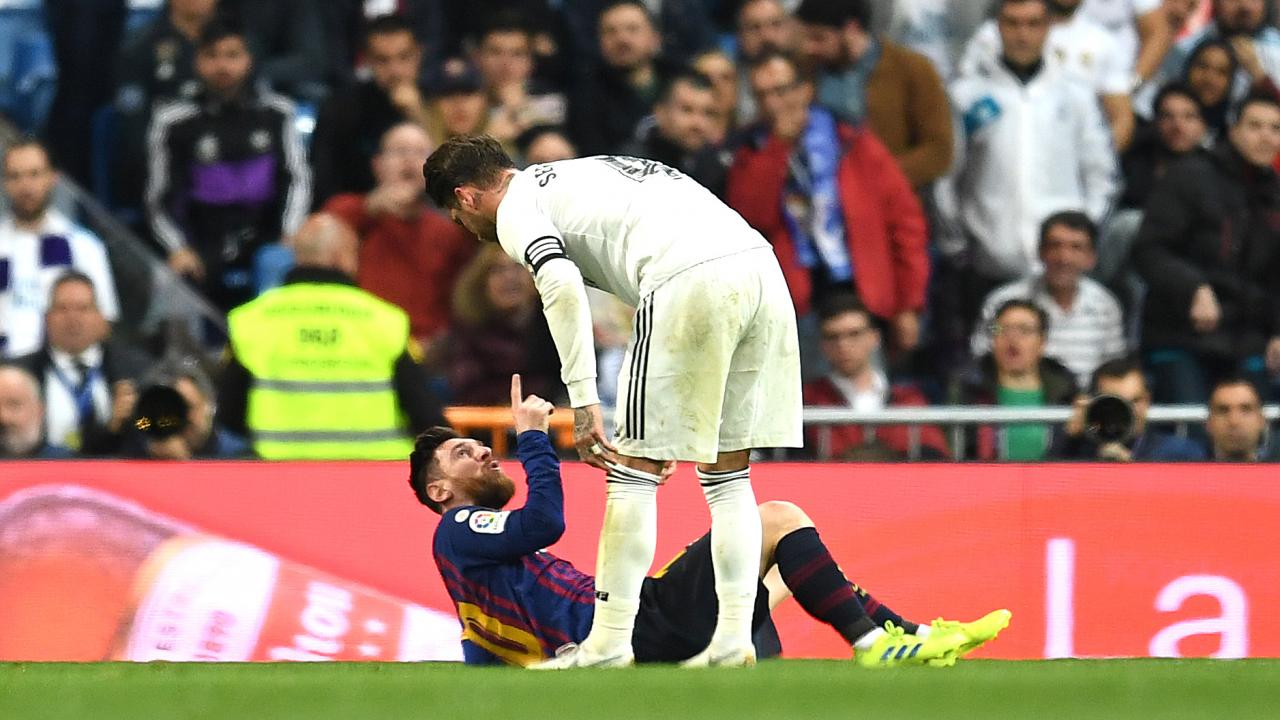 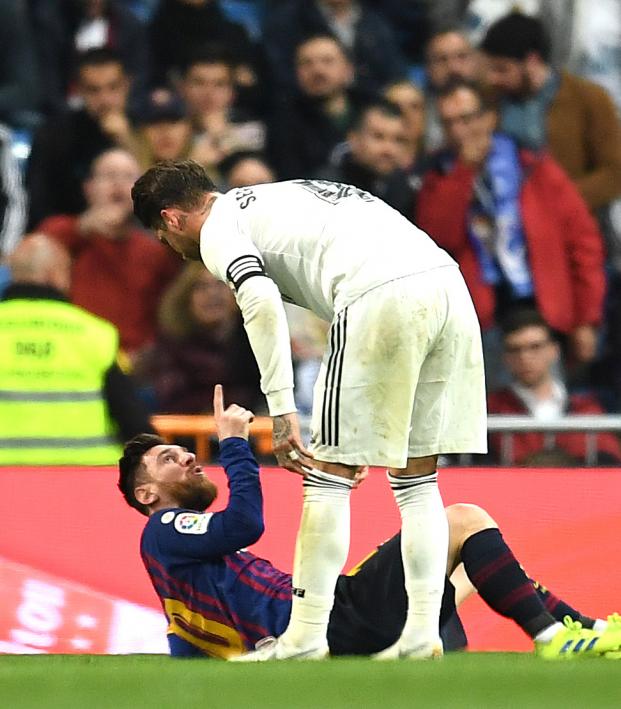 Travis Yoesting March 2, 2019
Sergio Ramos is a master of the dark arts. Messi didn't sit back and take it.

Lionel Messi turned one billion seconds old on Saturday. The Argentine maestro sometimes feels like he’s one billion years old with his sage, sanguine, muted reactions on the pitch.

Despite being the target of every opponent’s defensive tactics, regularly subjected to physical play, Messi rarely loses his cool. His only red card in his career came in his first ever appearance with Argentina.

Sergio Ramos, on the other hand, surprises everyone when he goes more than a few matches at a time without picking up a red card. One of the best defenders in the history of the game, Ramos is a master of the dark arts.

And he can get under Messi’s skin.

Ramos isn’t one to shy away from a tackle, especially when it’s against Barcelona. And especially when Real Madrid is trailing, as it did for most of the match in a 1-0 loss to its rival on Saturday at the Bernabeu.

In the 41st minute, after Ivan Rakitic had put Barcelona in the lead, Ramos stuck out a leg to trip Messi.

This foul on #Messi from #Ramos was very deliberate!

It was a foul, but nothing too out of the ordinary for El Clásico.

What happened just before halftime, however, was downright dirty, Ramos throwing a deliberate (and unnecessary) forearm into Messi’s face.

Messi, to the surprise of no one, was not happy with Ramos or the referee. How often do you see Messi going at an official like that?

Ramos and Messi butted heads in the same adorable fashion I do to my cat, but I think with a little bit less love. At one point, Messi pointed his finger at Ramos with some choice words.

You rarely see Messi get involved in confrontations like this, but you can’t really blame him for losing his cool this time.

And it’s not like Messi was looking for fouls on Saturday. He could’ve easily gone down while shielding the ball from Dani Carvajal in the early going of the match.

Ramos eventually picked up a yellow card in the second half for another foul on Messi. Ramos pulled out his now-trademark move of yelling at a player to get up after an obvious foul before the fouled player even hits the ground. He was then shown a yellow card, which will see him suspended for the next LaLiga match. (Ramos will also miss the next two Champions League matches after he was recently caught intentionally picking up a yellow card.)

To be fair, Ramos had some abuse thrown his way as well, with Clement Lenglet’s arm catching the Spaniard’s head. (Lenglet, it should be said, was magnificent for Barça, including two blocks with his ads, which will no doubt be sore tomorrow.) Ramos also took some incidental punishment from Marc-André ter Stegen.

Madrid’s tactics had helped shut down Messi on Wednesday — despite a 3-0 Barça win — in the Copa del Rey semifinals. Messi couldn’t score or assist on Saturday either, though he came close. But the result was the same as Wednesday: a Barcleona win.

Barcelona scored in the 23rd consecutive El Clásico meeting in LaLiga in the 26th minute when Ivan Rakitic and Sergi Roberto combined on a give-and-go. Rakitic finished with a neat chip from a tight angle for the game's only goal.

Real Madrid came back inspired to find an equalizer before the half, but perhaps a bit too inspired.

Left back Sergio Reguilón, who has kept Marcelo out of the starting lineup, took a fairly blatant dive in the box and was fortunate to escape without a yellow card.

Despite the introduction of Isco and Marco Asensio for Real Madrid and Philippe Coutinho for Barcelona, neither side added to the score line in the second half.

The win put Barcelona 12 points ahead of Real Madrid in the LaLiga standings, 10 ahead of second-place Atlético Madrid, which plays Real Sociedad on Sunday.