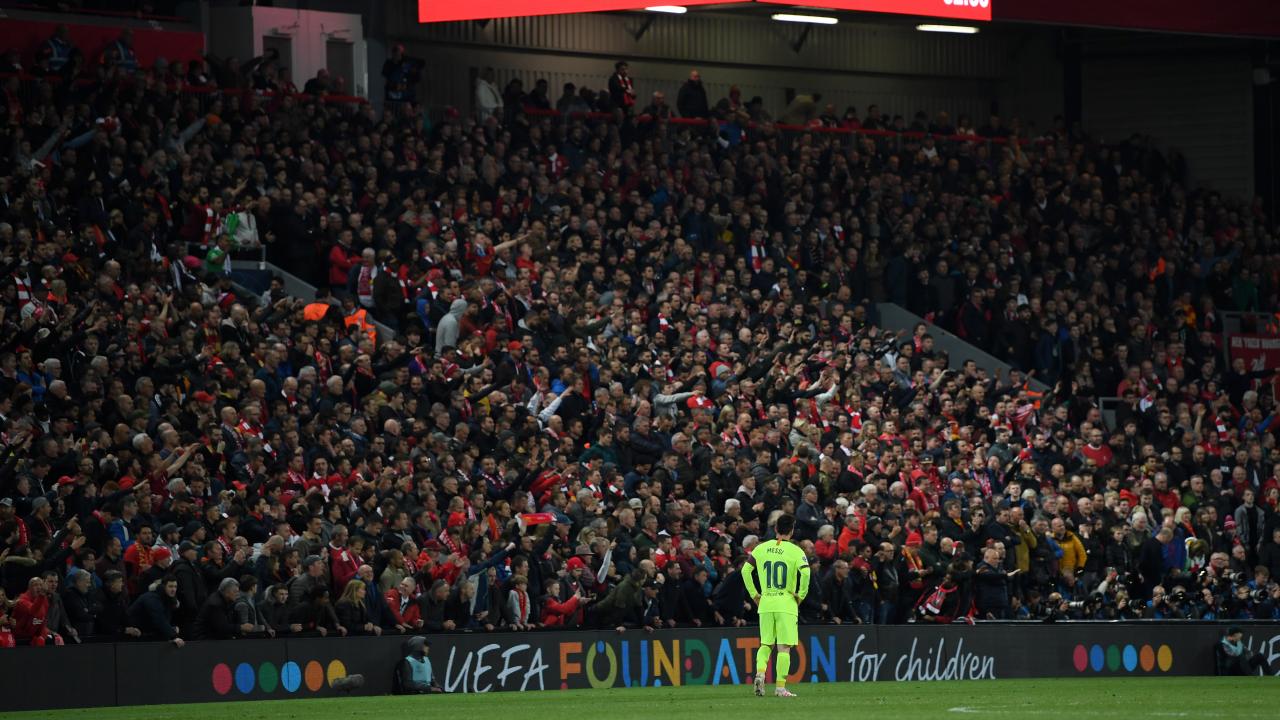 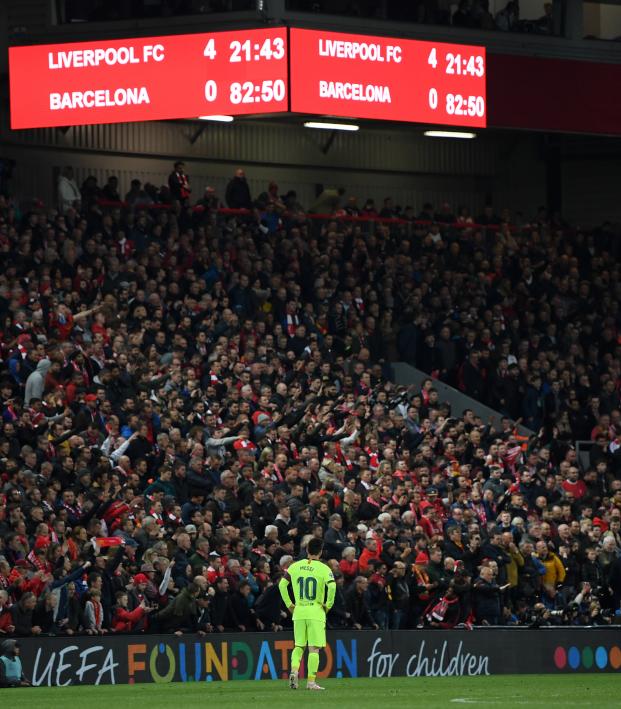 Lionel Messi Was Left Alone Inside Anfield After Barça’s Humiliation

Connor Fleming May 8, 2019
The heartbreak continues to grow for football's GOAT.

In the end he was left to perform for the Doping Control Officer. And the sad, silent song of Lionel Messi’s stream, deep in the bowels of an Anfield that had threatened to rupture, made the hour twice as long as he waited for the sun to go sinking.

Looking like a tender roselle, that preternatural left leg willing the right to follow, out shuffled the man who, according to The Guardian’s Merseyside football correspondent, had broken down into tears and rendered himself inconsolable before departing for John Lennon Airport.

The bus had left him behind.

There are no words. There’s a wonderful contortion of the body forcing Alisson to parry behind. There’s a strange back pass from the seemingly inebriated Jordi Alba. There’s a skewed half-chance that peppers the advertising hoardings and a masterful change of direction that sends Joël Matip into the book.

Barça has eight chances; Messi conjures all of them.

It would be nice if his teammates could help out too... pic.twitter.com/pfHoOOTZUV

There’s still no getting over his free kick at the Nou Camp and that second half tour de force. In a world of “if you ain’t first, you’re last,” it’s always worth remembering, for those that love the comparison, that Diego Maradona never made it beyond the Round of 16 in the European Cup.

But there’s that thousand-yard stare; the Himno Nacional Argentino is playing endlessly — Ivan Rakitić is just Enzo Pérez in disguise. Divock Origi turns home the winner and palm meets face. How does the greatest footballing institution on the planet so routinely capitulate away from the Camp Nou? How soon can Frenkie de Jong and Matthijs de Ligt arrive?

Why, with evidence of the Ajax blueprint of playing those that are hyper talented and bleed for the club, isn’t a player like Carles Aleñá allowed to grow in the midfield at the expense of Arturo Vidal?

The disconnect between defense, midfield and attack carries over to the airport, where Messi is reportedly whistled by the most unforgivably stupid sort of persons. It’s been that sort of night.

Wee scud on the heid for Lionel Messi from the Scotland captain. #LIVBARpic.twitter.com/xMqvFLfCRl

It’s humiliating. With all due respect to the Eternal City, it’s not as bad as the 3-0 reverse at the Stadio Olimpico last year because this is a sensational Liverpool team, even without Roberto Firmino and Mohamed Salah. (Although come to think of it, James Milner really is English Daniele De Rossi.)

But every harbinger was there. Somehow a 31-year-old Messi has only gotten better, but this is a Barça side that’s gotten worse following the departure of Andrés Iniesta.

Questions will be asked of Messi for the clicks, but what of Ousmane Dembélé? What of Philippe Coutinho and his plodding, methodical whirring in the periphery of Messi? What of Ernesto Valverde?

Good God, is Messi really ready to repeat this entire process at the Copa América?