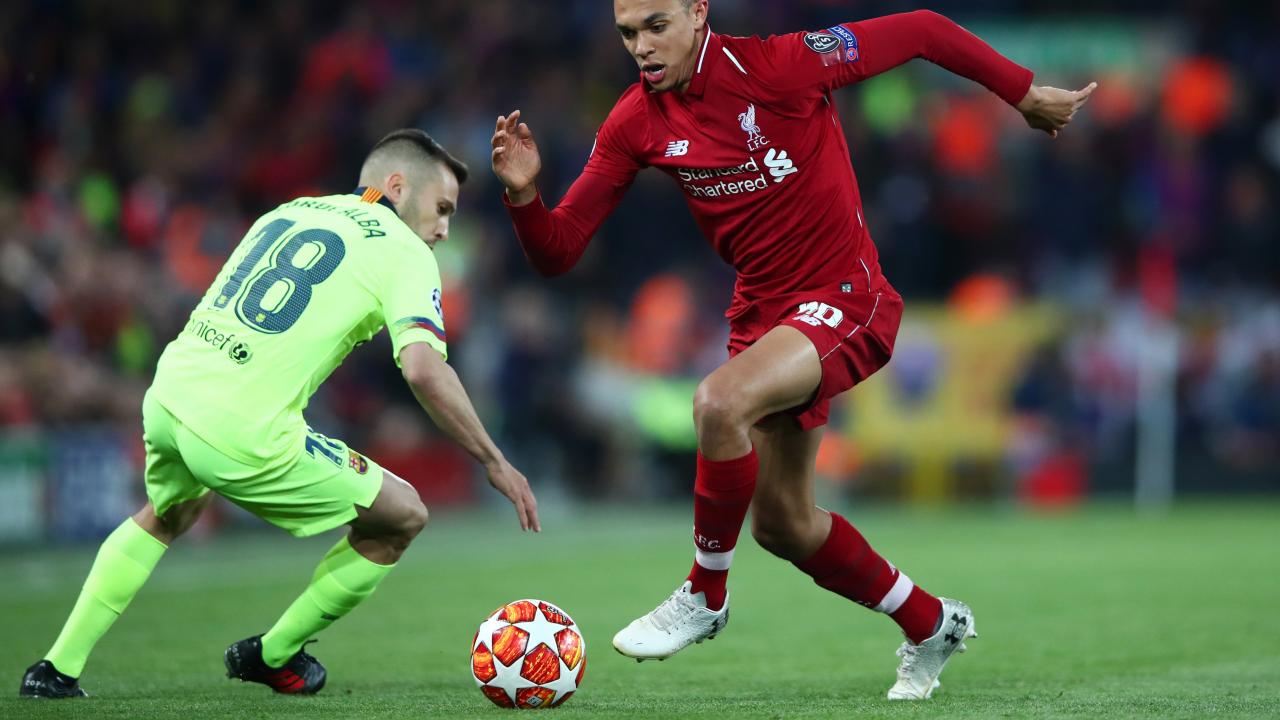 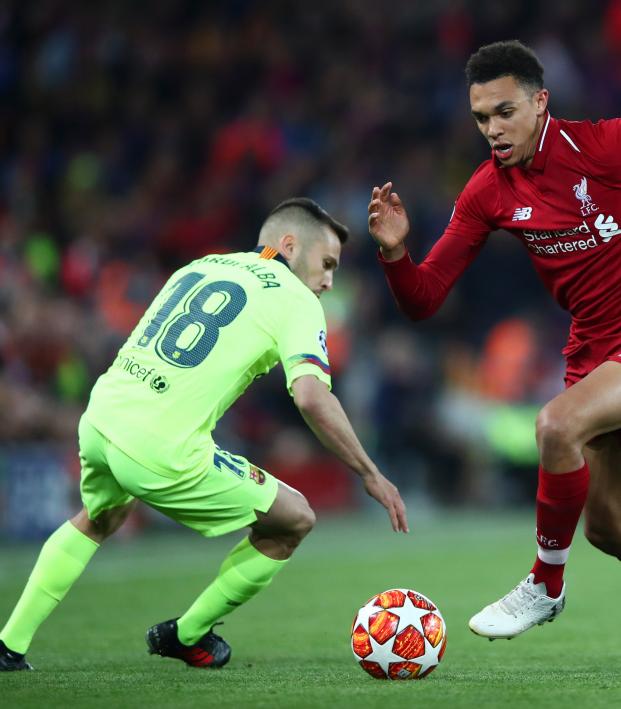 Connor Fleming May 7, 2019
Barça was second best in every category against Liverpool on Tuesday.

With Mohamed Salah ruled out of Tuesday’s Liverpool-Barcelona Champions League semifinal second leg with a concussion, maybe Jordi Alba thought he was in for a beautiful stroll across the lovely confines of Anfield. Maybe, looking across at replacement Xherdan Shaqiri, he thought, “Hell yeah, I might be marginally taller than this dude.”

Or perhaps he thought he’d simply feed it to Lionel Messi (as has been the case on three occasions in LaLiga and twice in the UCL this season) and let him do the rest.

Whatever he thought, Alba struggled almightily to put it into action — he looked like a participant on Drunk History out there, slurring together his own narrative on Barcelona’s recent debaucherous form away from the Camp Nou in Europe.

It started in the seventh minute when Joël Matip spotted Sadio Mané in acres of space behind the blitzed left back. Fortunately for Alba, Matip’s raker was poor, allowing the defender to clear his lines; except he headed it straight back to Mane, rectifying Matip’s waywardness instantly.

It ended with Liverpool’s opener and set the stage for 90 minutes of Barcelona shookness.

Mané's anticipation on this Liverpool goal

But back to the feelings of love and admiration that Alba wished to show for Messi, like a man in the midst of a tête-à-tête while the foil is coming off the third bottle of wine.

Here’s Alba (who was offside on the initial ball from Sergio Busquets) playing one of my favorite passes ever. He’s totally unmarked 12 yards from goal and could take like three touches forward, but instead he opts to cut it back to Messi at the top of the box. I call it love.

Alba had a chance to make amends just before halftime when Messi returned the favor with an incisive feed to free the fullback, but we should remind you that Alba is playing like a sauced boy.

What an assist this would've been from Messi pic.twitter.com/Bg8SgY06a6

Alba couldn’t be bothered. And that was made even more evident on Liverpool’s second when Trent Alexander-Arnold said thank you very much and crossed to Georginio Wijnaldum to alert the world that Barcelona, in a year in which Real Madrid offered nothing domestically, was in no way ready for a fight.

The18 would like to award him no points, and may God have mercy on his soul.