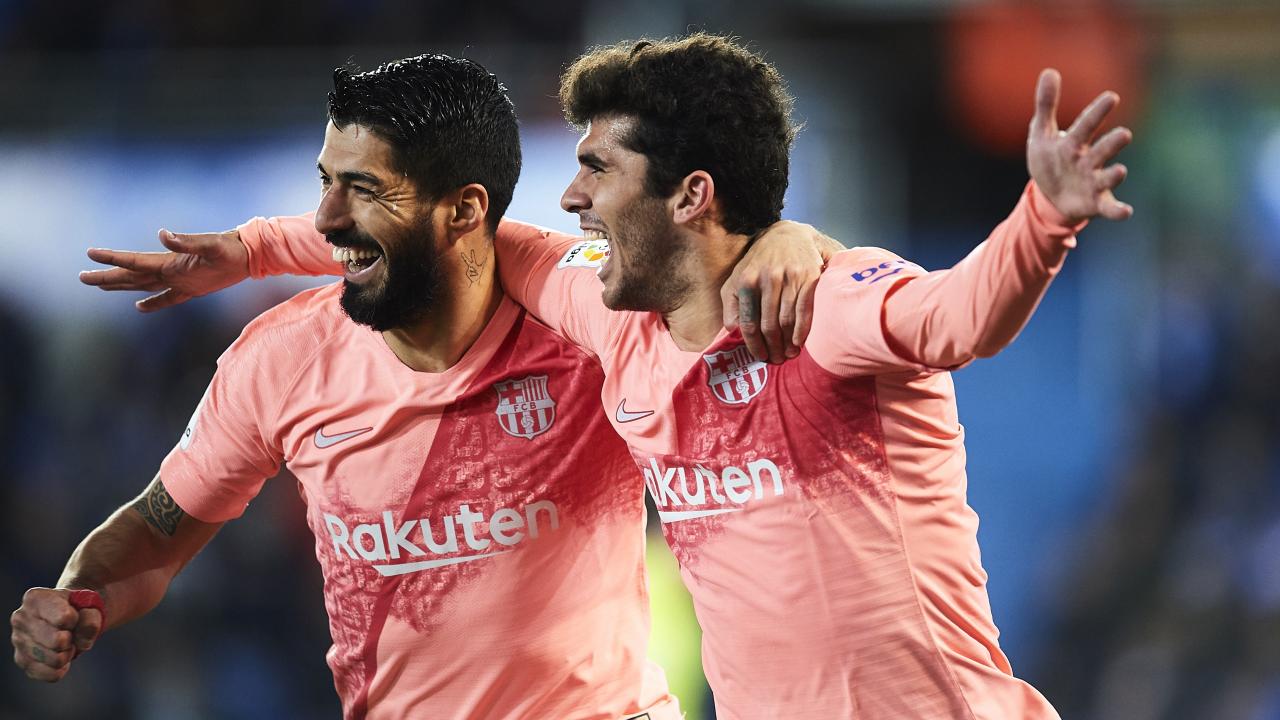 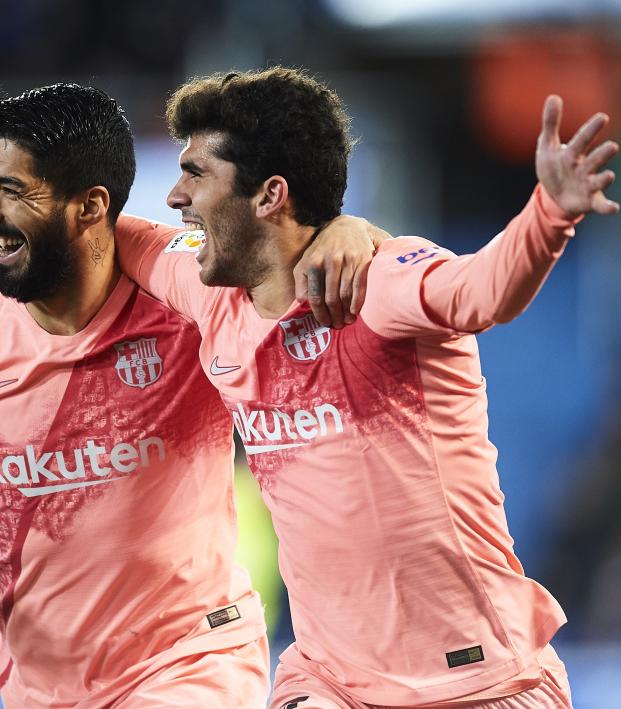 With Messi Rested, 21-Year-Old Carles Aleñá Shines In The 'Iniesta Role' For Barcelona

With a home match to come against Levante on Saturday followed by next Wednesday’s Champions League semifinal first leg against Liverpool, Barcelona manager Ernesto Valverde elected to begin today’s away match versus Alavés with Lionel Messi on the bench.

Before Messi entered the match in the 61st minute, goals from Carles Aleñá and Luis Suárez had already put Barça on the verge of a second straight LaLiga title. If Atlético Madrid loses to Valencia tomorrow, the crown belongs to Barcelona. Regardless, there’s no way in hell Barça loses it now.

The Catalan giants dominated this one with 77 percent possession and by limiting Alavés to just one shot on target. However, the opener didn’t arrive until the 54th minute.

But it was scored by the man who many hope represents the future of Barcelona’s midfield: 21-year-old La Masia product Carles Aleñá. Aleñá was making only his fifth league start of the season, but he took his opportunity well and scored his second of the season.

It was a beautifully worked goal with Sergi Roberto providing the assist and Suárez helping to create some space with a smart dummy.

Placed in the “Iniesta role” on the left-hand side of Barcelona’s midfield three, Aleñá ended the match with 84 accurate passes and a pass success rate of 92 percent. He hardly put a foot wrong over the course of his 87 minutes on the pitch.

The second arrived from the penalty spot after the VAR came into play on the hour mark. The handball call against Alavés was somewhat contentious — aren’t they always? — but Suárez stepped up to score his 21st of the season.

Messi was then introduced as Barcelona pushed its unbeaten run to 22 games and hit 80 points in the league table.