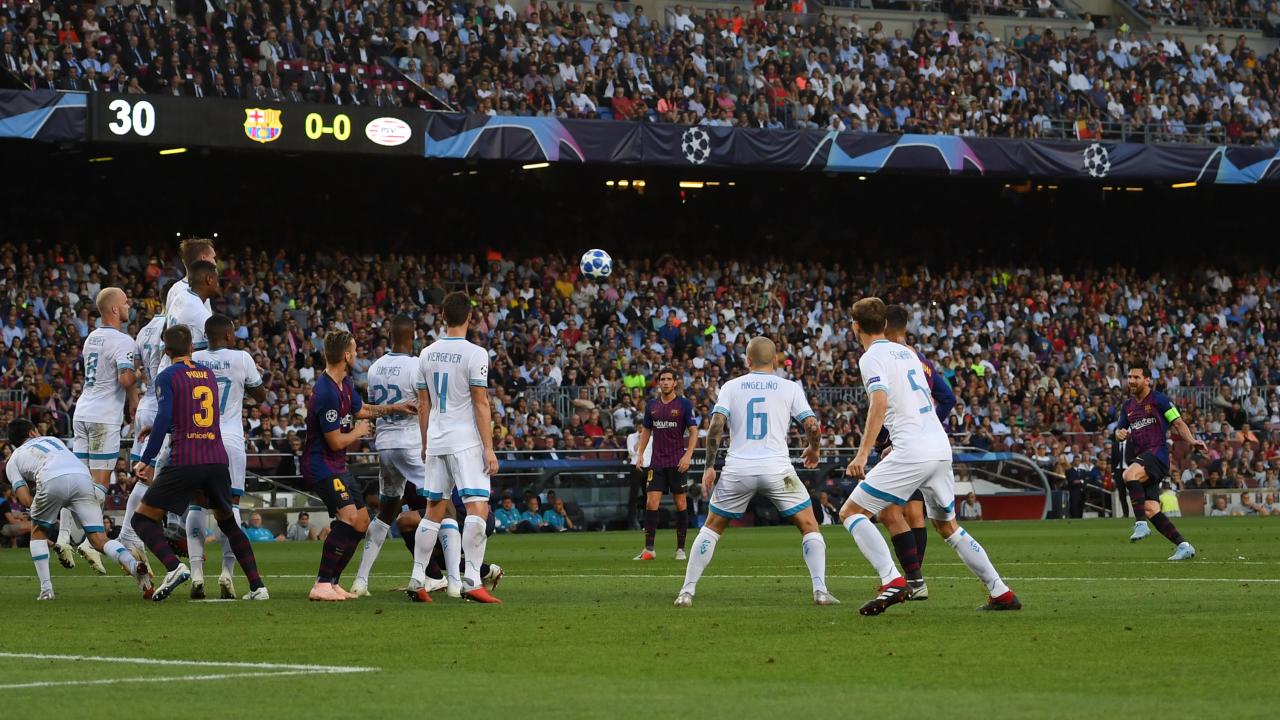 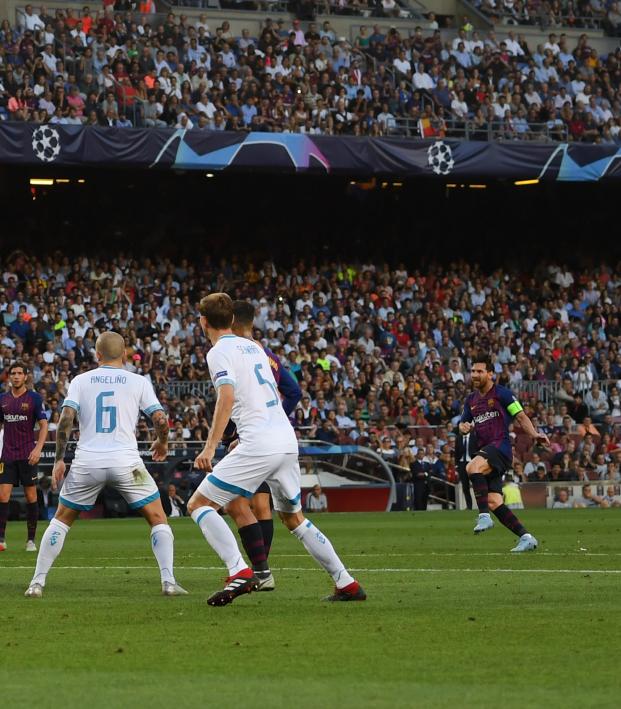 Messi Named UCL Player Of The Week, And In Other News Water Is Wet

Hannah Lichtenstein September 21, 2018
Barça’s captain earned the honor after a hat-trick performance in his side’s 4-0 win over PSV.

Lionel Messi led the charge in Barcelona’s flying start the UEFA Champions League with a vintage display as Barça cruised to victory over Dutch champions PSV Eindhoven on Tuesday.

PSV became the 30th team to be pierced by Messi’s goal-scoring sword in Europe. He now has a record eight hat tricks in the UCL to his name, pulling him one ahead of Cristiano Ronaldo. Not only did the 31-year-old bag a few goals, but he was constantly working to find space, dictating the tempo and setting up his teammates.

On Friday, Messi was named the UCL Player of the Week for spearheading Barcelona’s dominant opening victory. He beat out Paul Pogba (two goals, one assist), James Milner (one goal) and Nebil Fekir (one goal) for the first individual accolade of the season.

Well deserved UCL Player of the Week award, though it is hard to imagine Messi will even bat an eye at the honor as he and his team have eyes set on getting that championship in May.

Upon being unveiled as the club’s new No. 1 captain on Aug. 15, the No. 10 gave a rousing speech to the Bluagrana faithful in which he promised the team would do everything to bring the trophy back to Barcelona. They sure have kicked things off in the right way and it has to be said after that performance that they are one of the favorites to win it all this season.