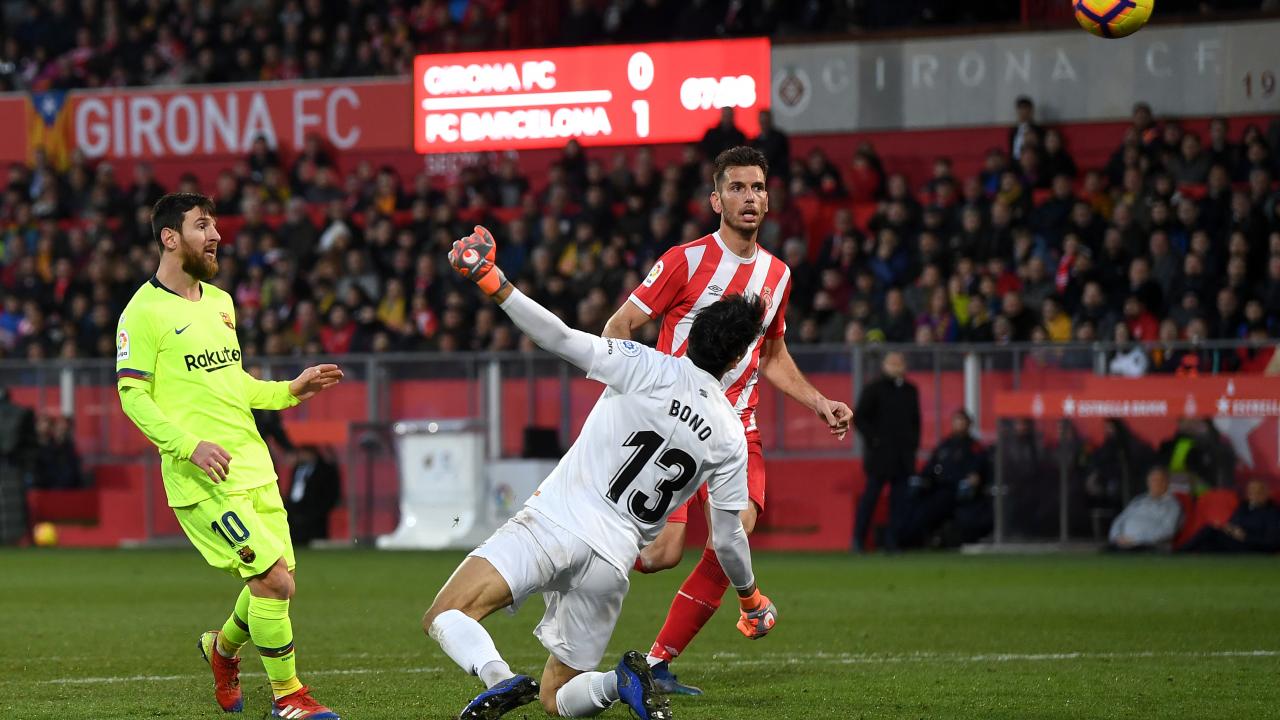 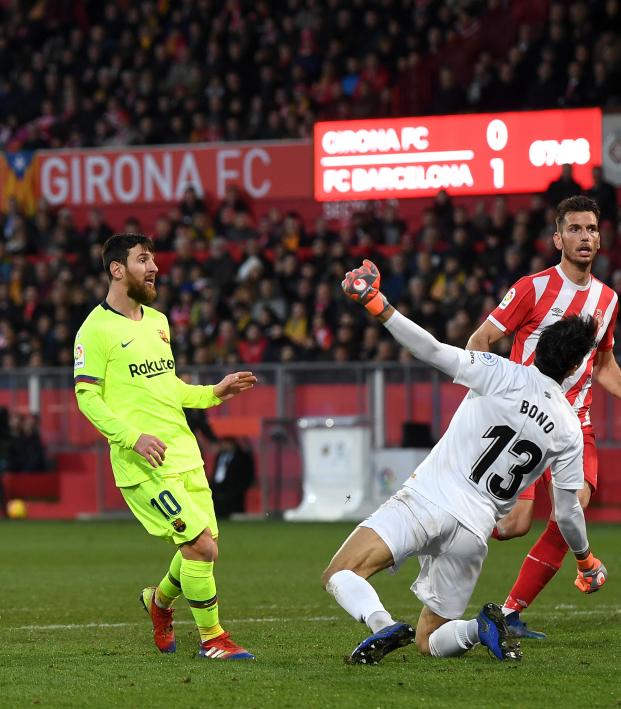 Barcelona maintained its five-point lead at the top of LaLiga with a 2-0 victory over Girona on Sunday. Nelson Semedo opened the scoring in the ninth minute with his first-ever goal for the club, and Messi completed the scoring in the 68th with a delicate finish. The goal was, of course, assisted by Jordi Alba.

Messi now has 14 goals and nine assists in his last 13 games. He’s also scored in seven straight games in all competitions.

The goal also gave Messi 19 in league play. His next strike will mark 11 straight seasons with 20+ league goals.

The assist was number seven for Alba in LaLiga — the left back has been sensational this campaign.

Barcelona returns to action on Wednesday in the Copa del Rey quarterfinals. The Blaugrana are facing a 0-2 deficit against Sevilla with the second leg at the Camp Nou.