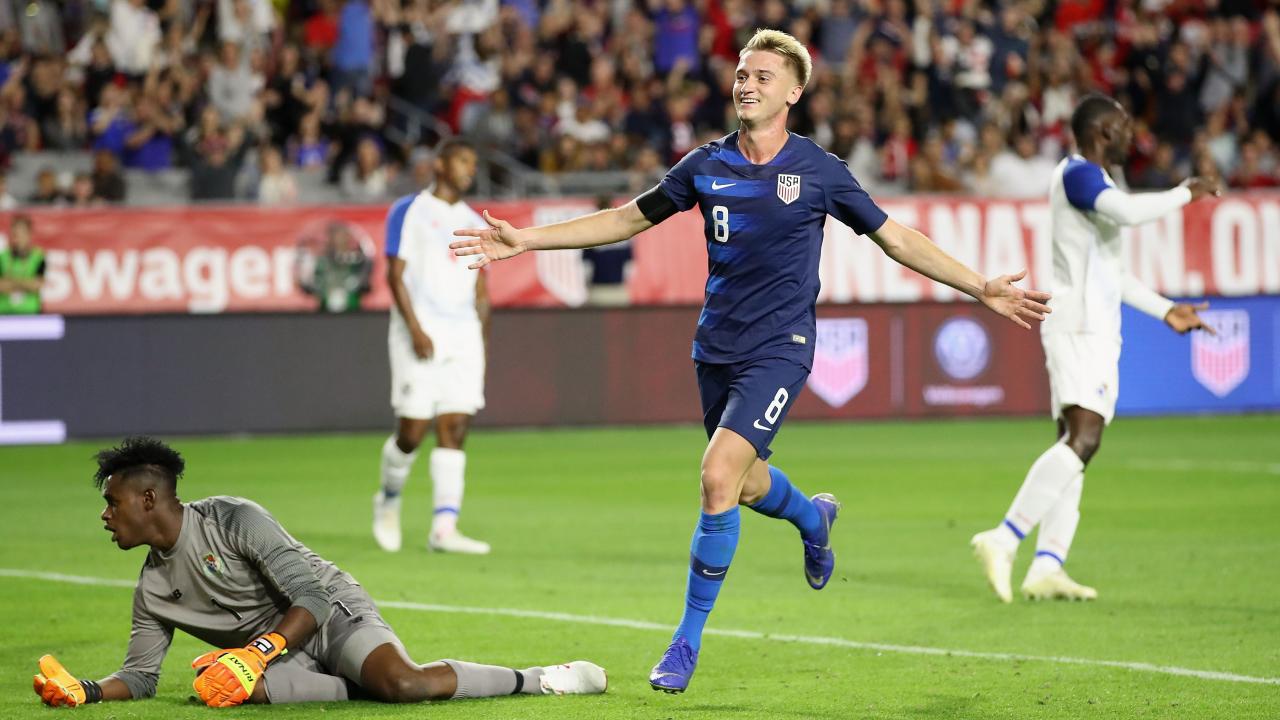 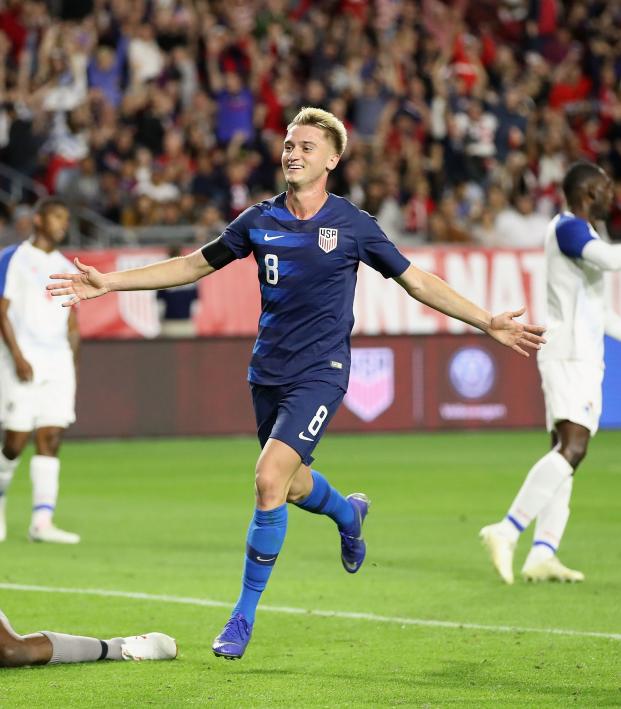 Connor Fleming January 27, 2019
Djordje Mihailovic and Christian Ramirez both scored on their international debuts in the USMNT's 3-0 win over Panama.

After preaching the verb “compete” as one of the mantras of his new leadership, Gregg Berhalter began his reign as USMNT manager with a 3-0 victory over Panama on Sunday night. The first starting eleven of Berhalter’s tenure included five players making their international debuts, and three of them — Real Salt Lake’s Corey Baird, Chicago’s Djordje Mihailovic and San Jose’s Nick Lima — played huge roles in the opening two goals.

Michael Bradley was given the start in the holding midfield position with Wil Trapp relegated to the bench, but despite it being cap number 143 for Bradley, the captain’s armband was given to 2018 MLS Defender of the Year Aaron Long, making only his third appearance.

For all the change in the U.S side, Panama’s starting eleven only contained two players that appeared at the World Cup. The Central American side had the oldest squad in Russia, and the likes of Jaime Penedo, Felipe Baloy, Luis Tejada and Blas Perez have all since retired.

The USMNT hadn’t played Panama since that false dawn in 2017 when Christian Pulisic put los Canaleros to the sword in Orlando, all but securing America’s passage to Russia. But certain things transpired after that.

It’s safe to say that anticipation for tonight’s match at the 63,400-capacity State Farm Stadium in Glendale, Arizona, wasn’t at fever pitch. ESPN2 broadcaster Taylor Twellman said less than 7,000 people appeared to be in attendance.

The calm before the calm. Not saying it’s a ghost town for the 2019 #USMNT opener but I felt like Will Smith wandering an empty Times Square in I Am Legend when I walked in. pic.twitter.com/vDJRfuqHds

The opening 45 was promising enough from the Stars & Stripes. Gyasi Zardes had two good opportunities to convert with free headers, but he missed the frame on both occasions. Zardes is still looking for his first international goal since June 16, 2016.

When the first did arrive, it was provided by Baird and finished by the 20-year-old Mihailovic. The Illinois native was Chicago’s ninth-ever Homegrown signing, but his progress in MLS was curtailed by a ruptured ACL during the 2017 playoffs. He returned to action last August and scored one goal and provided four assists in nine appearances.

Hopefully the kid’s on the verge of a massive 2019.

Debut and goal! @DjoMihailovic scores the first goal of the Gregg Berhalter era!

In the second half, we saw some more good stuff from future Manchester City goalkeeper Zack Steffen.

The second goal was reminiscent of that Wayne Rooney D.C. United moment. A U.S. corner was quickly going the other way on the counter, but Lima — another player making his debut — crushed that with a crunching tackle, took over possession and whipped in a dangerous cross that Walker Zimmerman thumped.

Lewis entered the match in the 66th minute, and Ramirez came on in the 84th. In the 89th, the debutants combined to make it 3-0.