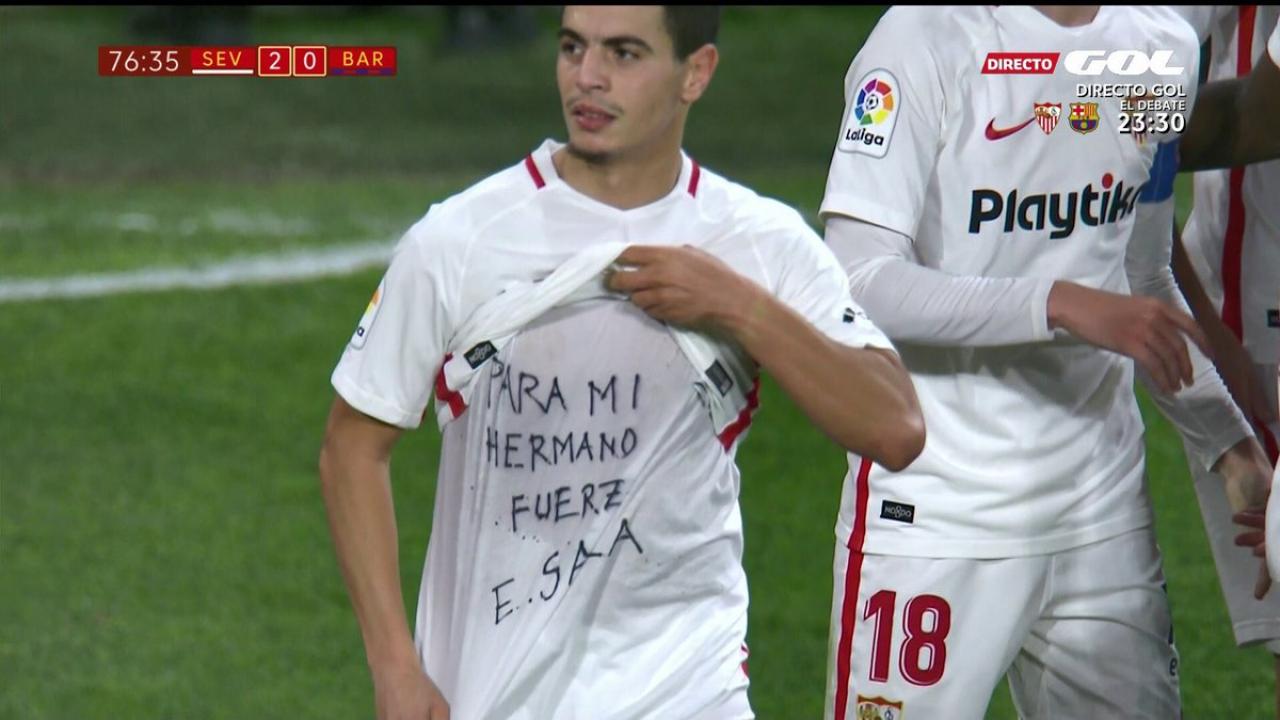 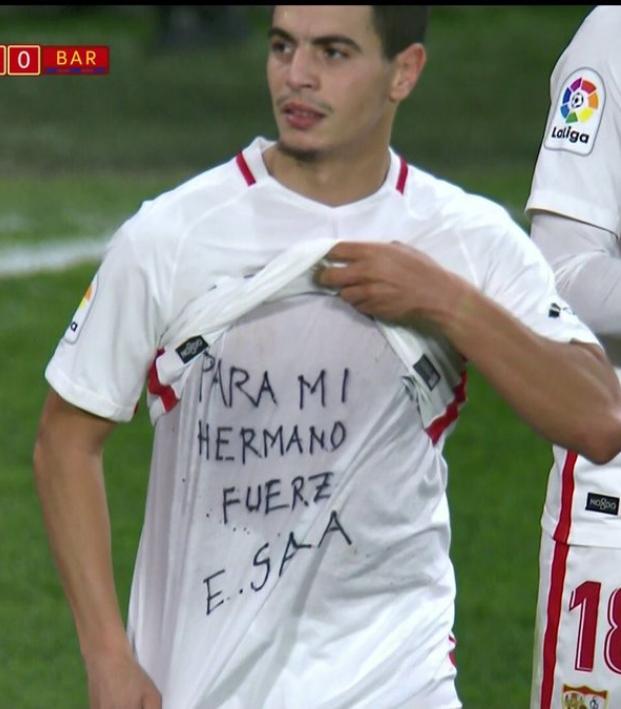 With the latest reports saying there’s no hope that Cardiff City striker Emiliano Sala and pilot Dave Ibbotson will be found alive after their Piper Malibu light aircraft went missing Monday night over the Channel Islands, the footballing world is beginning to pay its respects to the 28-year-old Argentine.

During today’s Copa del Rey quarterfinal first leg between Sevilla and Barcelona, Wissam Ben Yedder celebrated his goal — the second of the day for Sevilla — by lifting up his jersey to reveal a dedication to the striker.

The 28-year-old Ben Yedder was born in Sarcelles, France, and made his name while playing for Toulouse before transferring to Sevilla.

Sala was born in Santa Fe, Argentina, but he moved to France to play in Bordeaux’s youth team at the age of 20. He spent the next eight years playing in France with Bordeaux, Orleans, Niort, Caen and Nantes before catching the eye of Cardiff City with 12 goals in 16 Ligue 1 matches this season. Sala is Cardiff's most expensive signing.