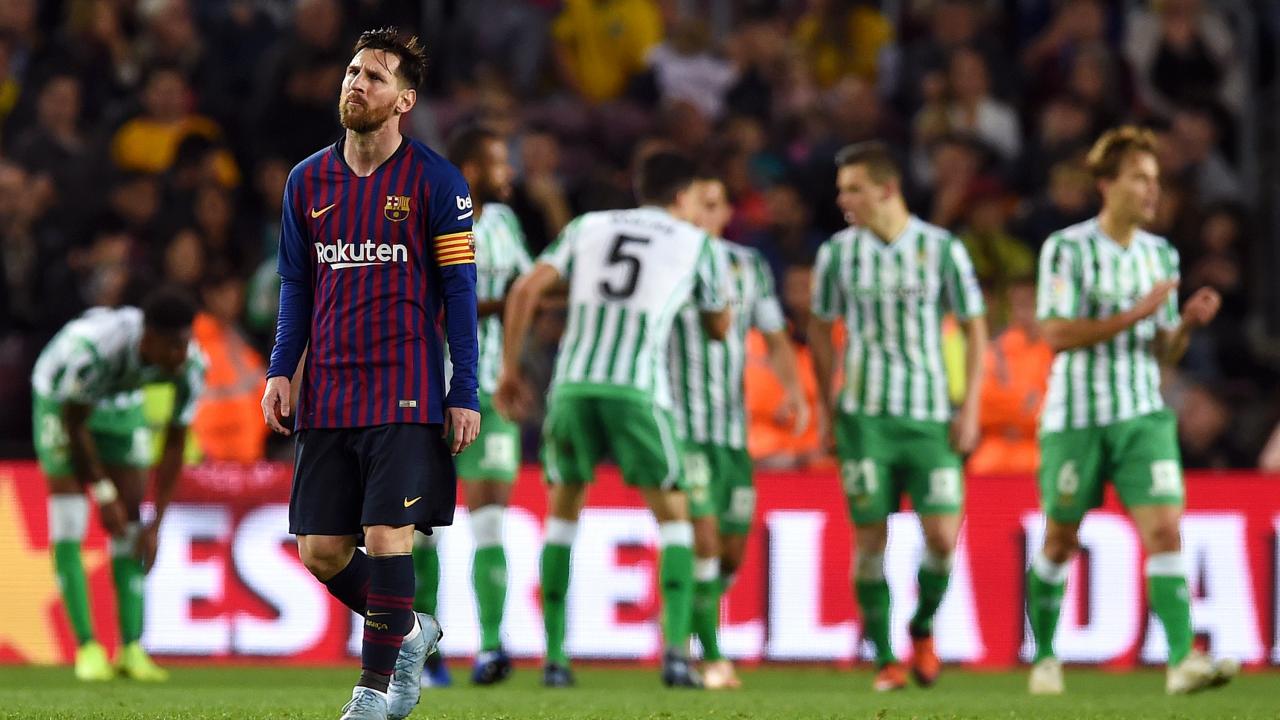 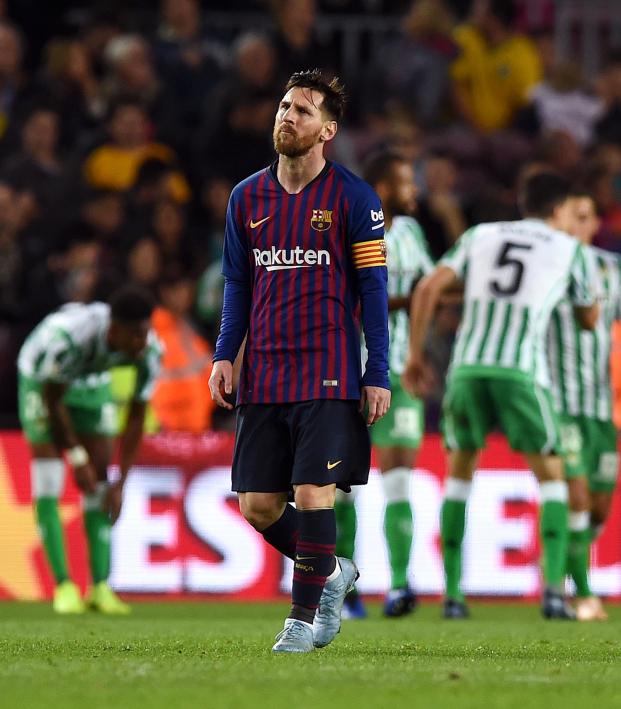 Messi Returns With 2 Goals, But Betis Wins At Camp Nou For First Time In Two Decades

Real Betis became the first side to score four at the Camp Nou in league play since 2003, and the Seville-based club registered its first victory at the legendary stadium in two decades during Sunday’s rip-roaring 4-3 encounter in Catalonia.

Betis raced to a 2-0 first half lead, and every time Barcelona managed to pull a goal back in the second half, the Béticos found a response.

Despite the pleas of Betis’s manager and the impending international break, Barcelona manager Ernesto Valverde elected to field Lionel Messi, and Valverde was right to be weary of the threat poised by LaLiga’s 15th-place team.

Although they’ve disappointed in league play, the club’s quality has been evident in the Europa League, where they currently lead a group that also contains AC Milan and Olympiacos.

Messi’s return to the starting eleven was complimented by a first league start for 21-year-old Malcom. The Brazilian scored against Inter Milan during midweek UCL play, but it’s up to debate whether he was being rewarded for his recent play or if Ousmane Dembele — omitted from the squad altogether — was simply being further punished for his relaxed attitude towards training, and diet and being a professional footballer.

It all started off well enough at the Camp Nou with Luis Suarez receiving his award for LaLiga’s October Player of the Month, and Messi showed signs of, if not being entirely back to his best, at least still being somewhat Messi.

However, it became evident that Betis had a major advantage in the middle of the park and in transition. Sergio Busquets, Arthur and Ivan Rakitic were swarmed time and time again on the break.

Betis’s midfield trio of Andres Guardado, William Carvalho and Giovani Lo Celso provided an excellent anchor, and the play of Junior Firpo, Cristian Tello and the ever-inspirational Joaquin was direct and dynamic in the attacking third.

In the 20th minute, Junior Firpo gave Betis the lead after an excellent through ball from Carvalho.

After Pau Lopez made a world-class save for Betis, Marc-Andre ter Stegen made two of his own to keep Barca in the match. However, in the 34th, Tello spotted Joaquin for Betis’s second.

Barca was lucky to only be down two at the break.

In the 68th minute, Barcelona pulled one back. Messi spotted the run of Jordi Alba, and the fullback was subsequently pulled back in the box. Messi stepped up and hammered his penalty into the top corner.

Ice in his veins pic.twitter.com/qirmBX5xyu

But the halved-deficit was short lived. Three minutes later, Ter Stegen could neither catch nor parry Lo Celso’s shot, and the effort squirmed through his fingers and into the back of the net.

Only eight minutes later, Barca pulled another back when Messi slipped through the substitute Munir. Munir squared for Arturo Vidal, and it was game on again.

Well, for four minutes, and then Junior Firpo fed Sergio Canales for Betis’s fourth of the match. Surely, it was all over now.

However, even with Rakitic sent off for his second booking, Barcelona made it 4-3 in the 91st after Messi converted from close range following some exceptional team play.

There would be no more scoring on the day, and although Barcelona remains on top of the table with 24 points from 12 games, both Atletico and Alaves remain just one point behind. With a victory over Celta Vigo later today, Real Madrid can cut the lead at the top to four points.