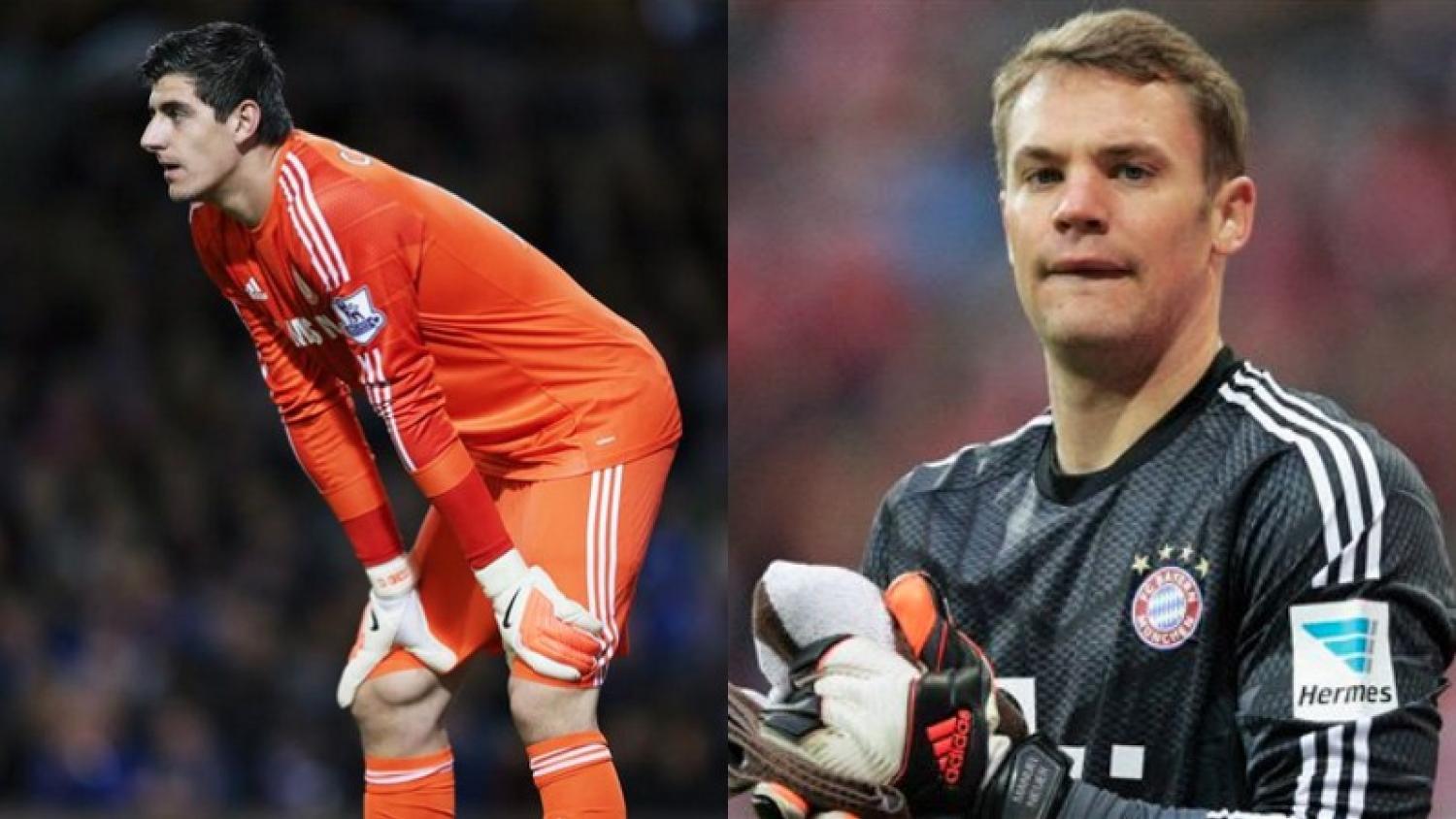 They’re HUMAN! Manuel Neuer and Thibaut Courtois are arguably if not probably the two best goal keepers in the world. But this past weekend both were involved in incidents that resulted in their nets getting blemished.

Both goalkeeping fails occurred during Sunday league matches, but one proved more costly than the other. First up is Manual Neuer, who is the best goalkeeper in the world and was playing against Borussia Moenchengladbach in a league match that really doesn’t matter because Bayern Munich won’t blow their 10 point lead in the Bundesliga in all likelyhood. But I digress, Neuer faced a hard shot from Raffael which Neuer normally would have no problem with. But this time around, ol' Neuer just simply wasn’t himself. Bayern went on to lose the match 2-0. Note him trying to act like it never crossed the line.

About an hour or so earlier, Thibaut Courtois had an incident of his own. Branislav Ivanovic sent a pass back to Courtois, who completely flubbed the touch, which ended with Abel Hernandez burying the easy goal to tie the match 2-2.

Courtois took heat on twitter after the instance, but then later on the in the match redeemed himself with a fantastic triple save that ended up being the difference in Chelsea’s 3-2 victory vs Hull.

What did we learn this weekend? That even the best make mistakes and people need to chill out.