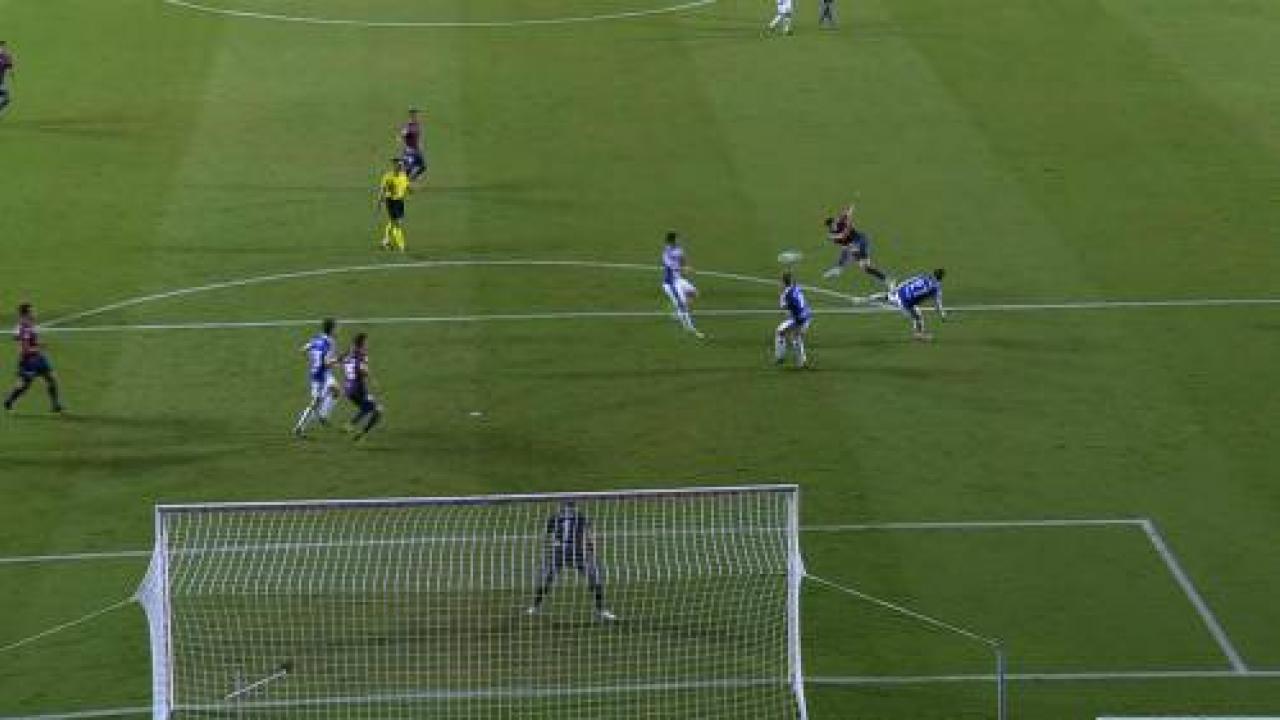 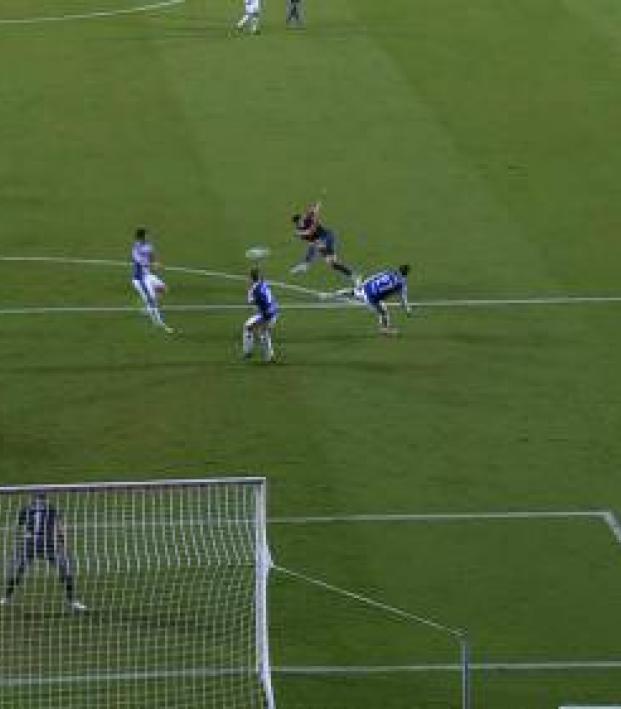 Connor Fleming September 22, 2017
Levante defeated Real Sociedad 3-0 on Thursday with Chema smashing in a volley from the top of the box.

Real Sociedad have quietly gone about assembling one of the strongest squads in all of La Liga, but their promising start to the season was brought to a halt by Levante center half Chema Rodriguez last night. Levante would ultimately win 3-0, but it was Chema’s wonder goal on the stroke of halftime that put his side ahead for good.

The only explanation for a center back being able to strike a volley with this much technical ability is the fact that he’s Spanish. Chema smashed this one in from 18 yards out by meeting the ball above his waist, swiveling ferociously and drilling the effort into the top-right corner with three defenders helplessly standing right in front of him.

Will we see a better volley in Europe this season? It’s highly unlikely. Shockingly enough, the three points for Levante sees the newly promoted side climb above Real Madrid in the table after five matches.

Levante sit in fifth, just out of the Champions League places by virtue of goal difference. They’re in action again on Monday against Andres Guardado’s Real Betis.