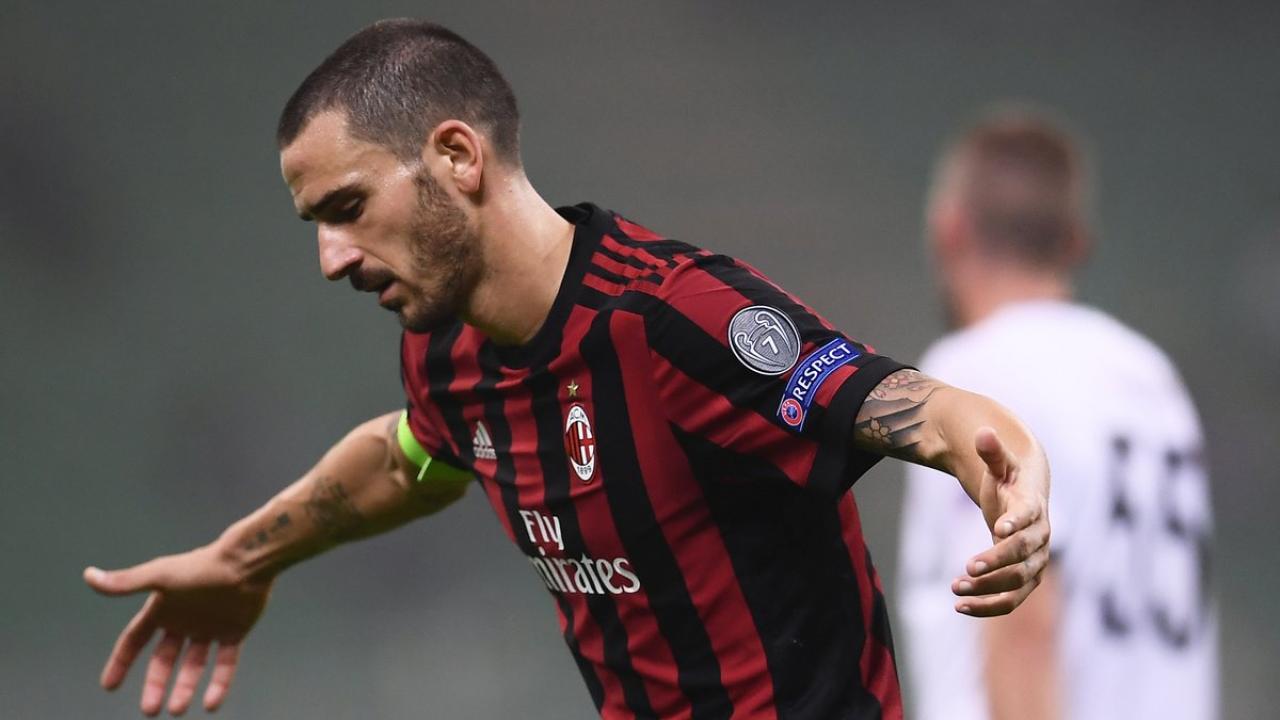 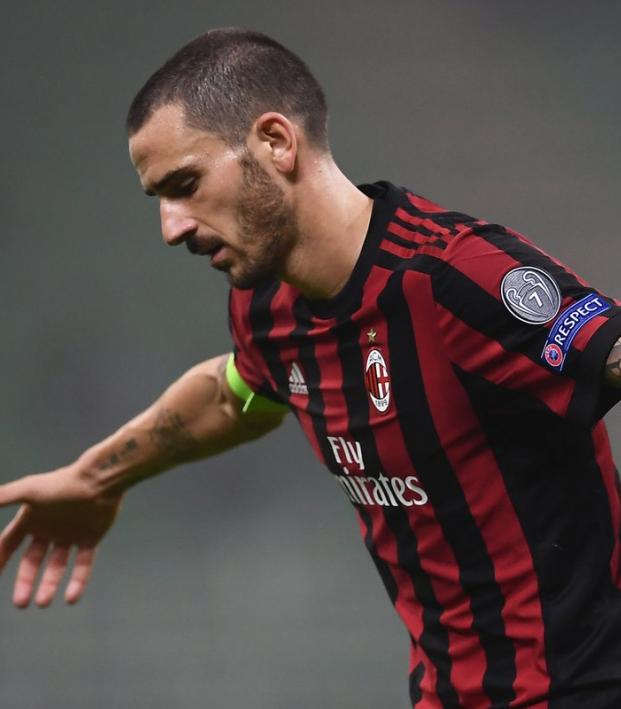 Leonardo Bonucci And AC Milan: A Match Made In Hell

Huw Thomas October 24, 2017
Bonucci’s weekend dismissal is the latest in a drawn out story that’s brought the former Juve man to the brink of disaster.

December, 2016 – Juventus center back Leonardo Bonucci signs a new contract extension, keeping him with the champions until 2021.

January, 2017 – Bonucci is named in the UEFA and Serie A team of the year, as well as winning the award for the best footballer in Serie A in 2016.

February, 2017 – Bonucci sits in the stands, watching Juventus play Porto in the Champions League having argued with manager Massimiliano Allegri during the previous game, his 300th for the club.

May, 2017 – Bonucci starts in a back three alongside Giorgio Chiellini and Andrea Barzagli, keeping a clean sheet in a 3-0 win over Crotone to secure another league title for his team. He also scores in the Coppa Italia final win over Lazio.

May, 2017 – Rumors are rife in the press about a dressing room bust up between Bonucci and other players as Juventus are thrashed in the Champions League final by Real Madrid.

July, 2017 – newly-moneyed Milan spend $47 million to lure Bonucci away from Juventus after seven years in Turin, shocking the world. Bonucci is immediately installed as captain of the expensively assembled squad.

October, 2017 – Bonucci is sent off 25 minutes into a home draw against Genoa, throwing his coach’s position into doubt, dropping Milan into the bottom half of the table and earning a suspension for the game against Juve.

Well, it’s been a hell of a year for Leonardo Bonucci.

At this point, it’s barely worth writing about. So many column inches have been expended on this story over the last year, putting everything together is exhausting. But Bonucci’s dismissal over the weekend - for throwing an elbow into the face of Aleandro Rosi - encapsulates so many of the narrative strands of the season in Serie A thus far.

That last one might be a bit of a stretch, but the Bonucci saga playing out over the summer stands in stark contrast to Napoli’s largely settled squad, demonstrating the benefits of keeping it calm. Of all the stories in Italian football this year, Bonucci seems to be at the heart of everything, the single common denominator.

On a weekend where Napoli and Inter played one of the most entertaining nil-nil draws in memory, Bonucci still dominates the headlines. But where’s it all gone wrong? How has the transfer of one of the world’s best defenders gone so wrong, so quickly? 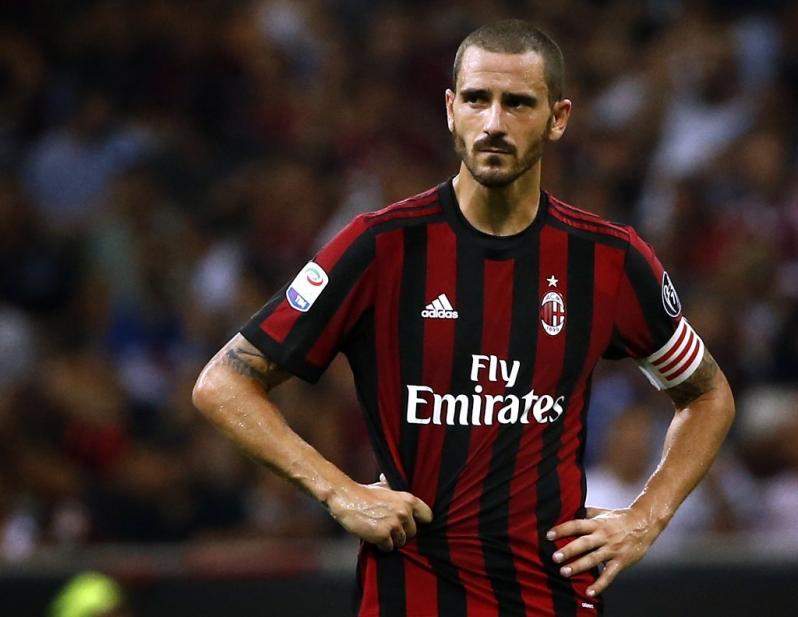 In fact, it’s probably better to ask, where did it go right? For years, Bonucci had been a key part of the Juventus and Italy defensive set-up. After a shaky start in Turin, Antonio Conte turned the centre back into more of a playmaker, teaching him to dictate the pace of a game from the middle of a back three. Chiellini was there to do the poking and prodding, Barzagli did the traditional defending and then Buffon was there when anything spilled over. It was a perfectly balanced unit. A well-oiled machine.

So well-oiled, in fact, that Bonucci attracted a lot of interest. Many of the European super clubs kept tabs on him, keen to make a move should anything disrupt the player’s happiness in Turin. But Bonucci seemed settled. In recent years, personal issues meant that he was never likely to leave Italy. With no one else able to pay the fee he would command or the wages he would require, that meant Juventus had him pretty much locked down.

It’s why, when issues with Allegri began to emerge, these were dismissed. The two had argued, the player had been dropped for the Porto game. Given how successful they were together, a bit of personal animosity seemed to be the price required for success on the pitch. When Juventus had their world turned upside down in Cardiff, however, cracks began to emerge.

There were bust ups in the dressing room after (and during) the Champions League final. Bonucci was not happy with Allegri, allegedly, and was furious with Paulo Dybala. Given the latter’s position as the crown prince of Turin, it was not a fight Bonucci was likely to win.

At the same time, things were happening down south. After years of false starts, aging filth-merchant Silvio Berlusconi sold his club to a Chinese investment firm. The deal was shady, to say the least. But the new owners wanted to spend. They wanted to spend big.

The stars aligned. Things moved fast. As Milan began to assemble an entirely new team, they had planned to invest heavily in a striker. But they were notified by an agent that Bonucci’s situation at Juventus had become untenable. A move for him would not be dismissed, they were told.

This was a marquee signing. A signal that they meant business. Clever investments such as Conti, Silva and Kessie were good, but few demanded headlines like signing the jewel from the crown of the Juventus defense. They did everything to make it happen.

Not only did they pay the fee Juventus demanded and made Bonucci the best paid player in the league, they acquiesced to his other demands. They made him captain, despite recently promising the title to the freshly-resigned goalkeeping prodigy Gianluigi Donnarumma. They gave him the 19 shirt, despite having already handed it to fellow new signing Franck Kessie. Bonucci became the headline acquisition, meaning the ambitions to sign a striker were greatly reduced.

For the coach, there was a completely different problem. Last season, Montella had overseen a decent year in charge of unfancied youth players and mid-table cloggers. He did a reasonable job. Not too great, but a victim of circumstances. He played a 4-3-3 formation, just as he’d favored throughout his entire managerial career. 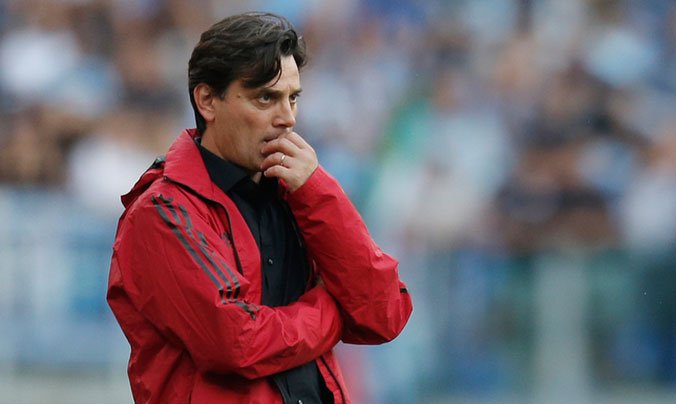 Suddenly, Montella was in a different job. He was at the head of a massive spending spree. Players were bought for him and he was told that he must – absolutely must – get Champions League football. Furthermore, he must suddenly accommodate Bonucci. That meant experimenting with the player in a back four or throwing the entire tactical set up out of the window to play a back three. Both were tried, neither has worked well.

Results in the league and the Europa League have been poor, to say the least. Montella has found himself suddenly under a huge amount of pressure. If Milan don’t achieve their targets this year, then they may be immediately forced to sell a number of their new players.

It’s not even November and the manager is a dead man walking, having been tasked with an impossible job. There’s even talk of Paulo Sousa taking over. Just ask any Fiorentina fan how that kind of dynastic succession will work out.

Which brings us to this weekend. Just 25 minutes into the game, a scuffle on the pitch seemed innocuous enough. But now the referee can refer to video technology. And he did. A few minutes later, the must win game for Milan became that much more difficult. The ref spotted an elbow thrown by the captain and crown jewel and promptly sent him to the stands. 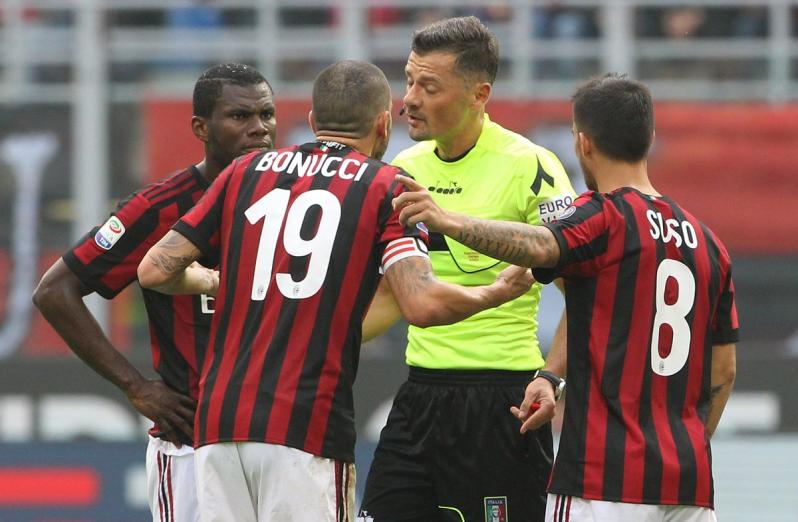 Leonardo Bonucci is sent off over the weekend. Photo: @EuropaLeague | Twitter

As though to rub salt in the wound, ten-man Juventus survived both Mario Mandzukic’s sending off and going a goal down to run out as 6-2 winners against Udinese. They’ll be travelling to the San Siro next weekend but Bonucci won’t be there to help his new team. He’ll be sitting in the stands, again.

In the last year, Leonardo Bonucci has been through a lot. He’s traded in being a volatile, vital cog in a well-oiled machine to being the captain of a sinking ship. Dream has turned to nightmare. He hasn’t quite exchanged a walk on part in a war for a lead role in a cage, perhaps, but it’s enough to make a man remember how much the world can change in just ten months. For Bonucci, reality is starting to bite hard.