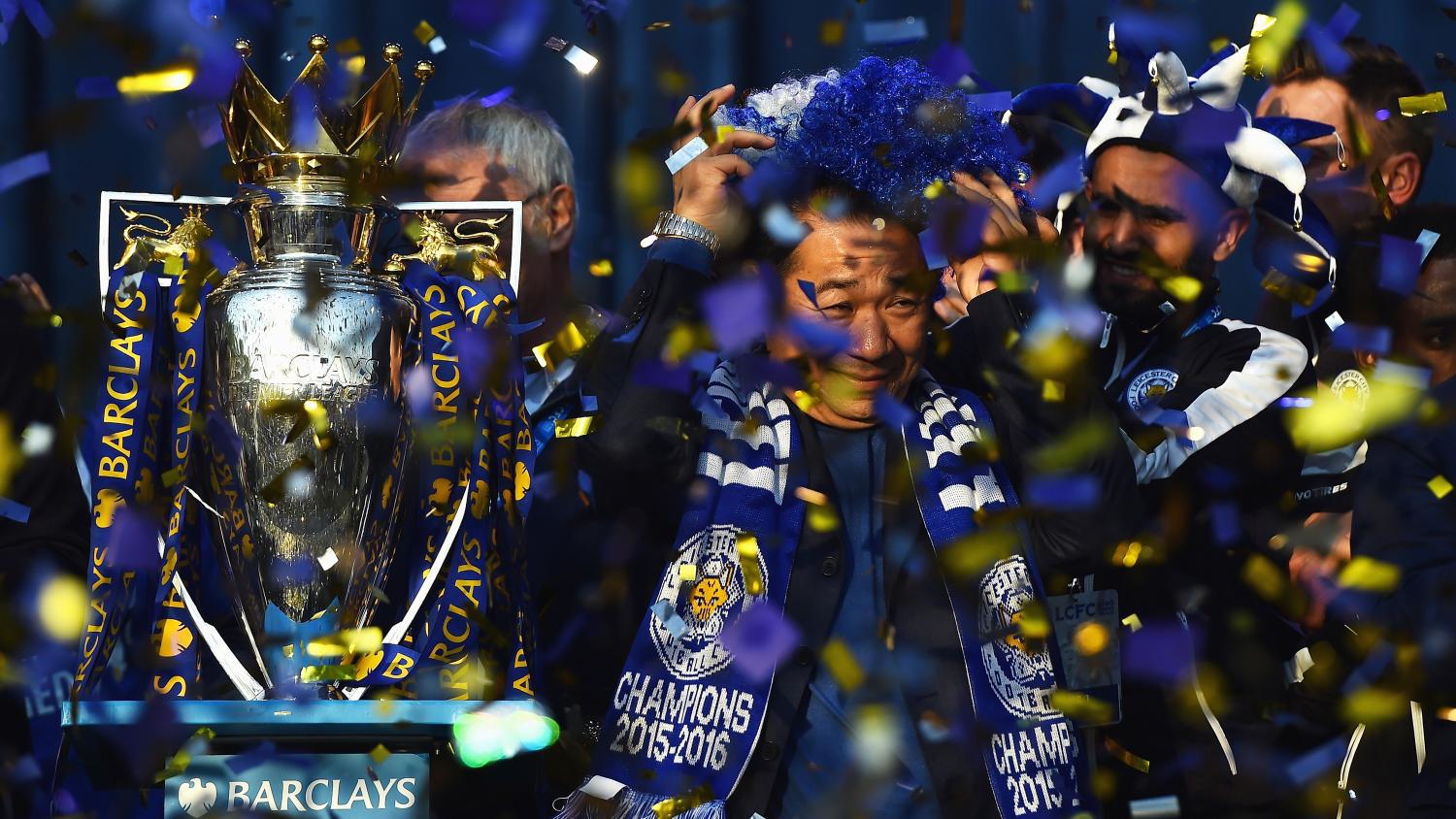 Vichai Srivaddhanaprabha was one of at least five passengers on an aircraft that went into a tailspin before being engulfed in flames upon impact.
Getty Images

As reported by the Mirror and The Guardian, it’s now understood that Leicester City owner Vichai Srivaddhanaprabha was one of the passengers on board a helicopter that crashed outside King Power Stadium on Saturday following Leicester’s 1-1 draw with West Ham United.

According to reports, Srivaddhanaprabha was picked up from the pitch’s center circle — as is routine — hours after the match’s completion. The helicopter then experienced a problem which put it into a tail spin after reaching 200 feet, and the aircraft crashed into a concrete club parking lot and was instantly engulfed in flames.

According to The Guardian, at least five people were on board the helicopter, although it’s currently unclear whether there were any survivors or if any bystanders were injured in the accident.

BREAKING: Leicester City owner Vichai Srivaddhanaprabha was on board the the helicopter which crashed outside the stadium.

The owner's daughter, two pilots and an unidentified fifth person were also on board.

“It’s a tragedy for the club,” said club manager Claude Puel. “I think very strongly about the victims and their families, and I wanted to reassure everyone who cares about me, I’m terribly sad but I’m fine.”

There’s been an outpouring of sympathy on social media, including messages from Leicester senior players Jamie Vardy, Harry Maguire and former goalkeeper Peter Shilton, who witnessed the tragedy.

Witnessed the crash @LCFC last night with my wife. Absolutely devastated and in shock our thoughts and prays are with everybody involved and Leicester City

Vichai Srivaddhanaprabha, 60, is the founder, owner and chairman of King Power Duty Free and purchased Leicester City back in 2010, when the club was in the English Championship.

The Foxes achieved promotion to the Premier League following the 2013-14 season, narrowly avoided relegation in 2014-15 and then achieved a historic title in 2015-16 while only losing three matches.

Srivaddhanaprabha made headlines that season when giving free beer and donuts to supporters at matches and when he then rewarded 19 players a BMW i8 for their heroics.

Srivaddhanaprabha is married to Aimon and has four children: Voramas, Apichet, Aroonroong and Aiyawatt (the vice-chairman of Leicester City).