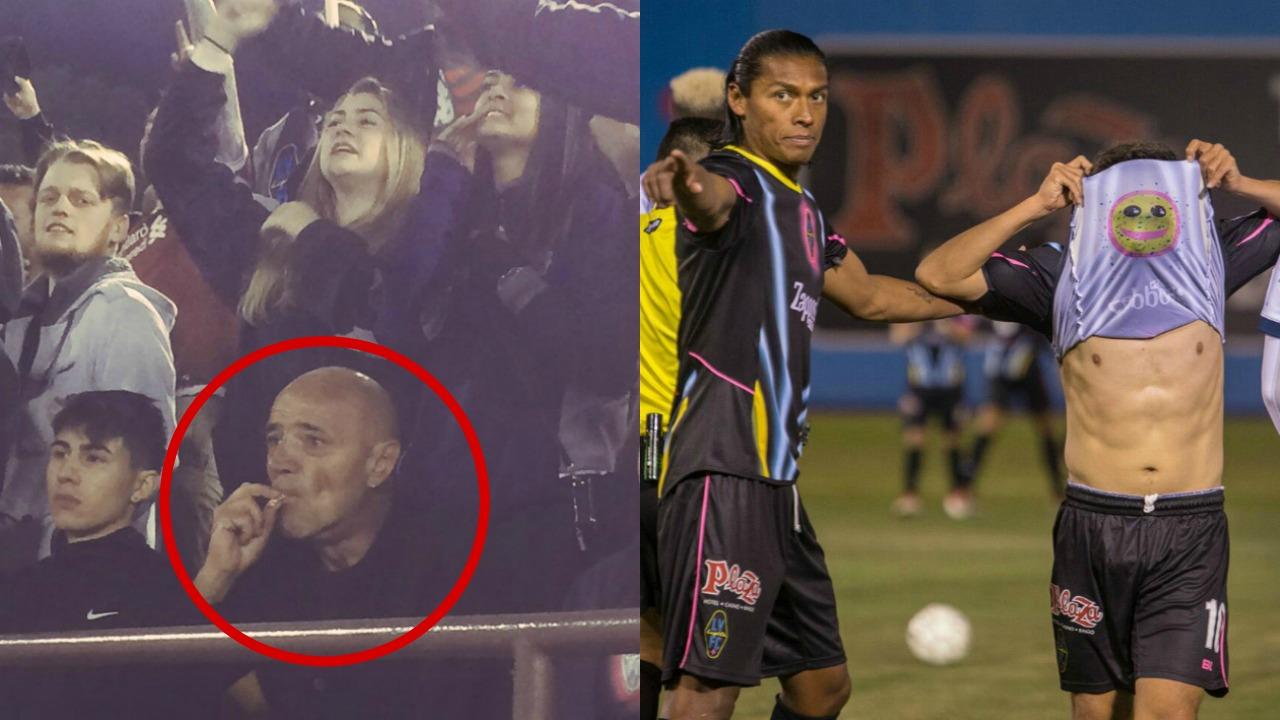 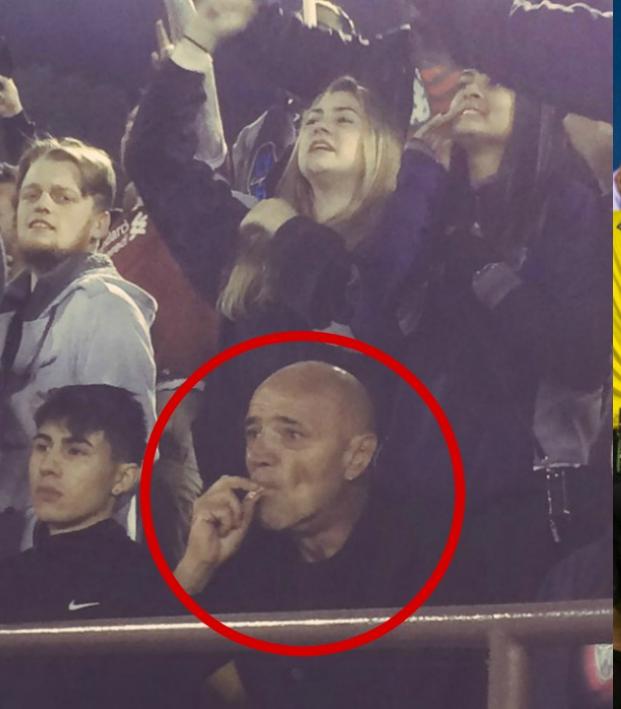 Las Vegas Lights Coach Sent To The Stands, Where He Lights Up And Directs History

Connor Fleming February 19, 2018
The rowdy boys of LVFC are turning all that off-pitch hype into some insane preseason performances.

We previously wondered how the Las Vegas Lights FC pledge to be the boldest club in North American soccer would play out on the pitch. Having a fantastic, neon-tubed crest and a gaudy home shirt is one thing, but it’s the product on the field that’ll ultimately sustain any interest.

On February 10, at Cashman Field in Vegas, LVFC opened their preseason with a 2-0 loss to the Montreal Impact in front of a sellout crowd of 10,387. The daring approach of the club was highlighted in two separate incidents: (1) 28-year-old journeyman Freddy Adu was included on the bench, and (2) Mexican goalkeeper Ricardo Ferrino was given a straight red card for this bit of madness.

Ricardo Ferriño singlehandedly lost the game for #LightsFC vs #IMFC, but he also provided all the entertainment! A goalkeeper that takes risks, tries to dribble up the field, and tackles players is just a perfect fit for #LasVegas! Chelís must love him. #LVvMTL #USL #Legend pic.twitter.com/nMvLftdbXz 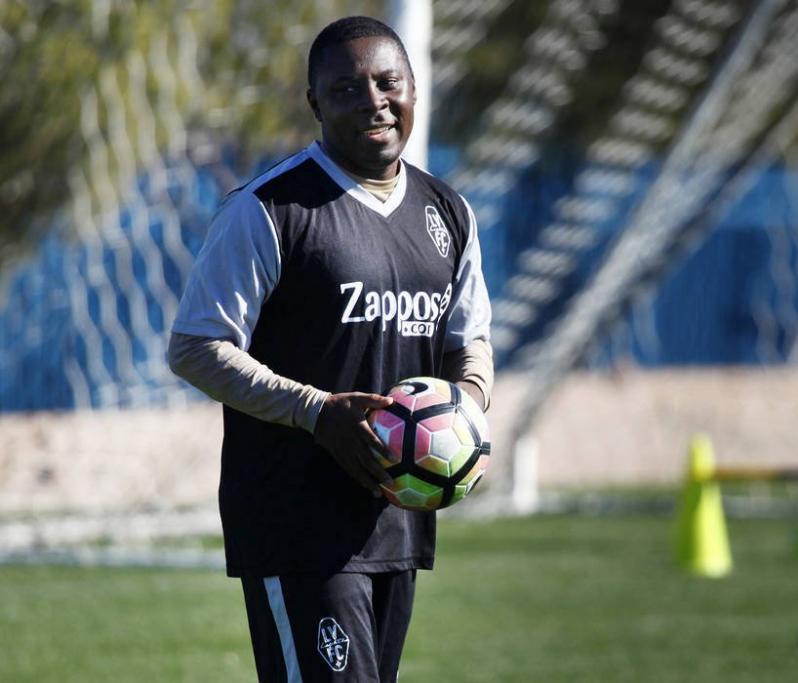 On Saturday night, LVFC played their second preseason game against the Vancouver Whitecaps. The attendance at Cashman dipped to 6,046, but that’s still an excellent number for a preseason game.

This time, there was no room for former teen phenom Adu, but Canada's 17-year-old wunderkind Alphonso Davies picked up the slack. His outrageous solo goal put the Caps up 2-0 in the 18th minute, and his third season in MLS could certainly be a breakout one on the evidence here.

Alphonso Davies scores a fantastic solo goal to put #VWFC up 2-0 vs #LightsFC!! The 17 year old collected the ball in his own box and went coast-to-coast, blazing up the wing and finishing calmly. #WhitecapsFC #LVvVAN #MLS #CanMNT pic.twitter.com/tSc8JVkNDG

In the second half, the Las Vegas Lights brand came on strong. In the 58th minute, 33-year-old Vegas captain Marcelo Alatorre (who played for both Pumas and Veracruz in Liga MX) was sent off for elbowing the young Canadian in the head.

Full incident from earlier in #LVvVAN:

Chelís could then be found alongside the supporters, smoking cigarettes and bellowing instructions to his team. Needless to say, the fans loved it. 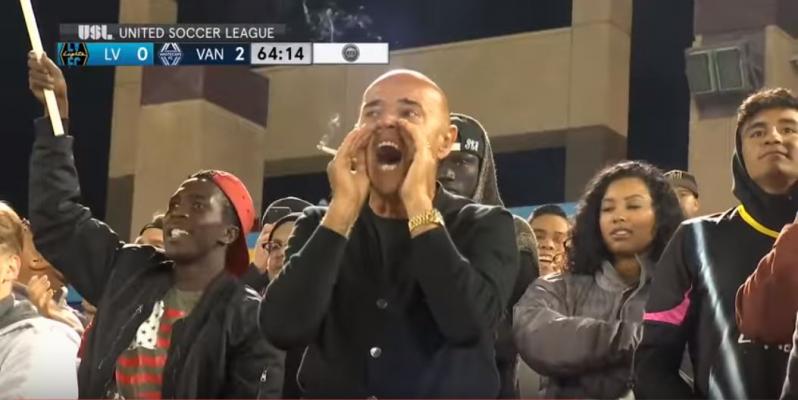 Shortly after, LVFC got its first goal in club history. Juan Calderon buried a free kick, and the resulting scenes were pretty special.

This is how fans celebrated the first goal in @lvlightsfc team history. @reviewjournal #USL #MLS pic.twitter.com/nOYIK0NoWK

A goal from the spot for Calderon would bring 10-man Vegas level in the 68th minute, but a 78th minute penalty for Vancouver’s Kei Kamara would make it two defeats in two preseason games vs. MLS opposition.

Vegas will host DC United on Saturday, Feb. 24, in its next preseason match. They open USL play on Saturday, March 17, when they travel to California to play Fresno FC.

Their home opener is slated for Saturday, March 24, against in-state rival Reno 1868 FC.