Connor Fleming February 8, 2018
The Las Vegas Lights made a commitment to being bold, and they’ve so far delivered.

Five months into Las Vegas Lights FC and there’s almost too much to process here — which is entirely fitting for a club calling Vegas home. It began with the naming of the United Soccer League expansion team via an online poll back in August, with the Lights moniker beating out competition from other potentials like Viva Vegas and Club Vegas.

In October, the club garnered worldwide attention with the unveiling of their logo, one that “plays into the look and feel of Las Vegas, most notably Fremont Street” with the primary colors of blue, yellow and pink. Mimicking the “Welcome to Las Vegas” sign, the neon element certainly captured a global audience. 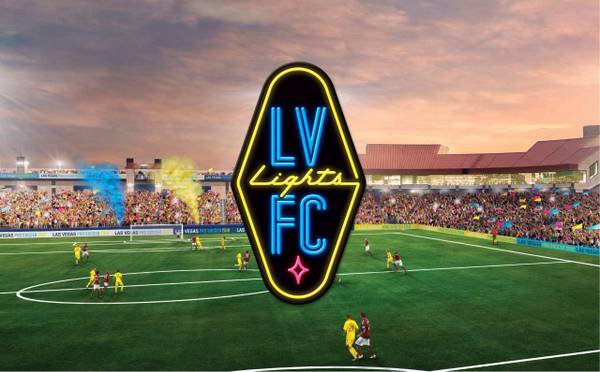 The LVFC logo in all its neon glory. Photo: @CodeFourSoccer | Twitter

While the founder and owner of the club, 39-year-old former Orlando City COO Brett Lashbrook, has continually hailed the brand’s approach as embracing what’s cutting edge and outside the box, there’s no denying that they’ve continuously toed the line between being different and being a gimmick.

Of late, two actions decidedly belong to the former category. Taking Freddy Adu on trial, a 28-year-old who’s spent the majority of the last five years doing things other than playing soccer, was certainly no risk, but it was a calculated bit of headline-grabbing.

Last night, the club revealed their first-ever primary kits, and while we’re no sticklers for keeping things traditional (the look is fun and eye-catching), there’s a general rule for jerseys that if a person with the body of a professional athlete can’t really pull it off, those who spend their weekends wallowing in the sauce will look like utter prats wearing it. That’s probably what we’ve got here.

Having said that, there’s a lot to like about what Las Vegas is doing. Lashbrook’s track record as former MLS legal counsel and special assistant to commissioner Dob Garber before joining Orlando City to help them secure a stadium deal and MLS franchise is outstanding.

He’s young, he’s totally in tune with what the Millennials crave and he seems absolutely committed to making this project a huge success in Vegas. The club already has some key sponsors on board, including shirt sponsor Zappos.com (a subsidiary of Amazon that's located downtown and brings in revenue streams of over $1 billion annually) and a quirky short sponsorship deal with the Plaza Hotel & Casino that introduces a $30,000 three-goal win bonus for Lights FC players. 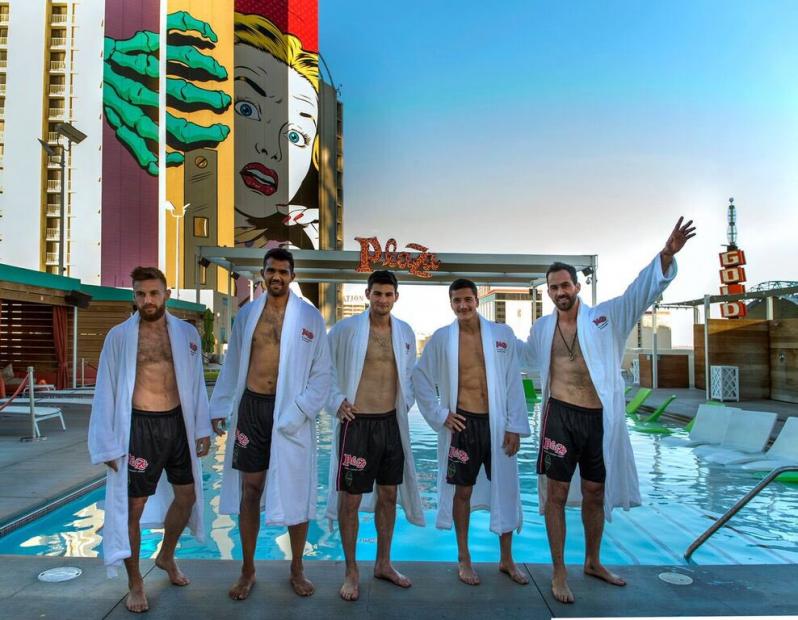 On the pitch, there’s really no telling what’ll happen for the Lights this year. They’ve hastily put together a roster (which is no criticism of the club, that’s just how it works for expansion teams) that needs to click by March 17, the date of their opener against Fresno FC.

The side is managed by Jose Luis Sanchez Sola, better known as “Chelis.” The 59-year-old is most famous for his time with Puebla.

The team will then play their home opener a week later against Nevada rivals Reno 1868 FC at Cashman Field. The stadium is another quirk for the club. It’s proximity to downtown was hugely appealing, but the Lights will play on turf while sharing the facility with the Las Vegas 51s, a Triple-A baseball team.

With the stadium having opened nearly 35 years ago, the 51s are desperate to move to a new facility. The baseball team’s president and COO has called it “the worst facility in our league,” but the Lights are committed to the location for the foreseeable future.

Lashbrook, ever the salesman, says he wants his fans “to think this is just like a slice of Mexico City, Buenos Aires, London, Barcelona, Madrid.”

While there’s a lot that might grate with traditionalists about Lights FC, the club has made it clear that they don't care — that's the point of it all. This is a truly exciting team in America’s second division, and it’s already clear that LVFC is going to deliver on its promise to be the boldest team in America.