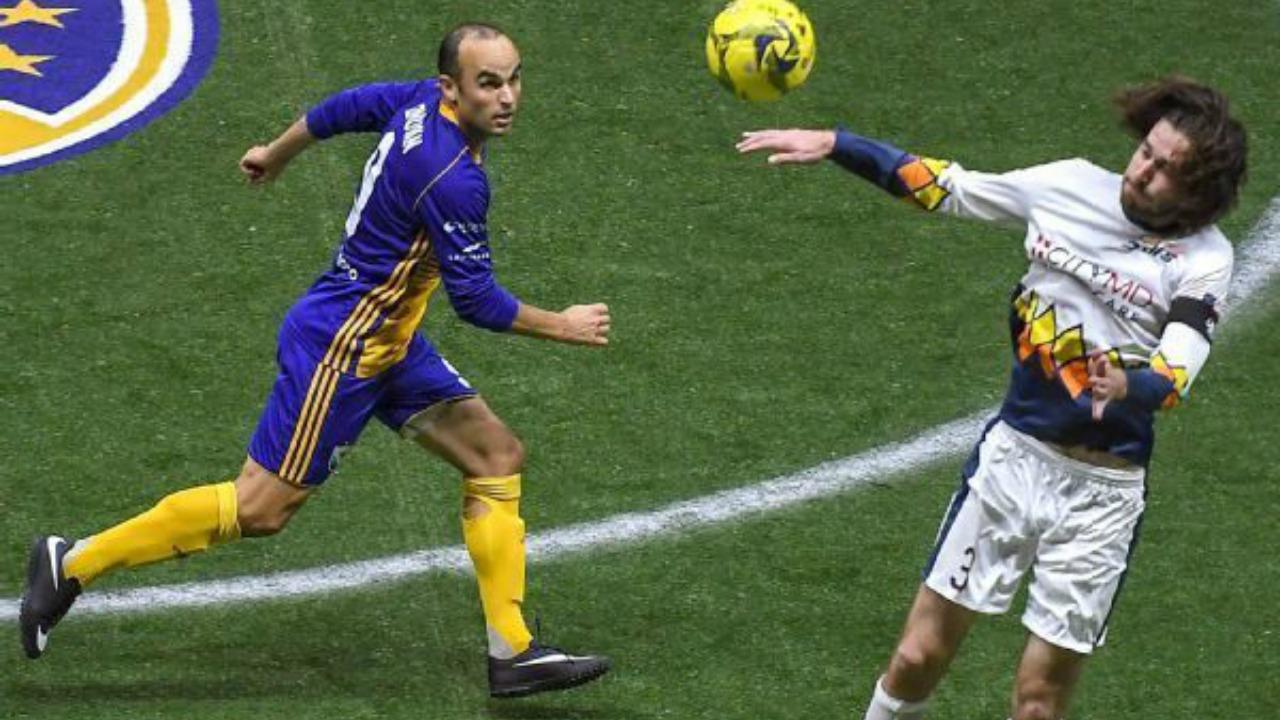 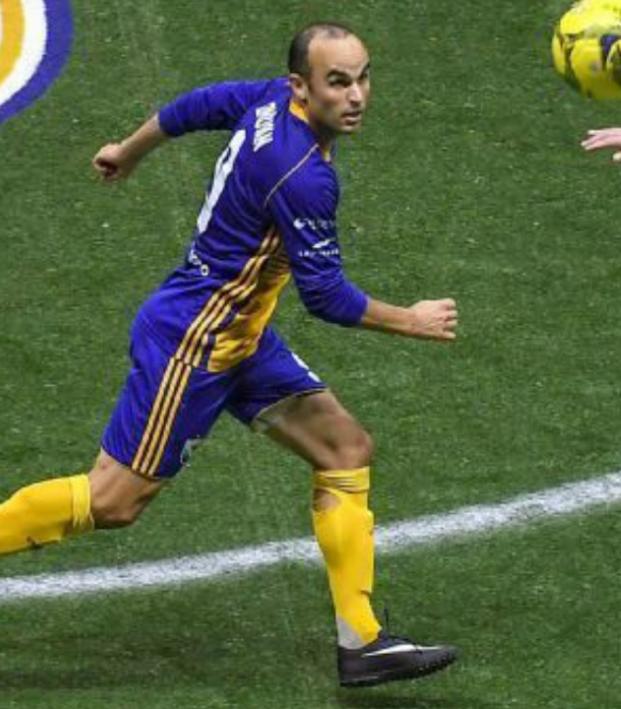 The Young American Gets An Assist During Indoor Soccer Debut

Connor Fleming February 19, 2019
Landon Donovan showed Jurgen Klinsmann that he should've been included on the 2014 World Cup roster with this dime.

Back on Jan. 23, it was revealed that Landon Donovan would again come out retirement to play professional soccer, this time for the San Diego Sockers of the Major Arena Soccer League. The 36-year-old will make $250,000 during his stay, and fans got their first look at the American legend on Friday.

Donovan made his debut in San Diego’s 6-4 win over the Tacoma Stars at the Pechanga Arena. His debut drew an announced crowd of 8,492, more than triple the Sockers’ average and the club’s largest home gate in six years.

The Sockers are currently the league’s best team, and Donovan chipped in with an assist on his debut. The chance was finished by Brandon Escoto, who leads the Sockers with 20 goals in 15 matches.

“There are so many little pockets of the country that love soccer and don’t have the opportunity to have an MLS team, or even a USL team,” Donovan said. “Now, with the rise of soccer, there are USL 2 teams, there are PDL teams, NPSL teams, teams that matter in communities.

"For fans, that’s their pro team. It’s awesome to be able to give that to this community. It’s awesome — and it’s not all because of me — to put 8,000 people in the stands to give these guys the opportunity to play in front of that. They never get that. All of that I think helps soccer get better.”

San Diego returned to action on Sunday when traveling to Washington to again play Tacoma, but Donovan was excluded from that match with the official reason being given as “rest.” We all know that the Young American's body was sore af come Saturday morning. 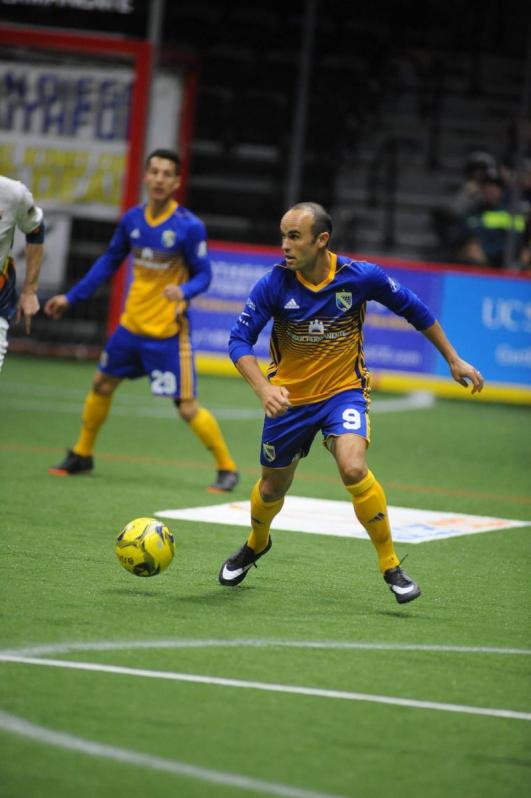 Playing some soccer with the Sockers. Photo: @sandiegoinforme | Twitter