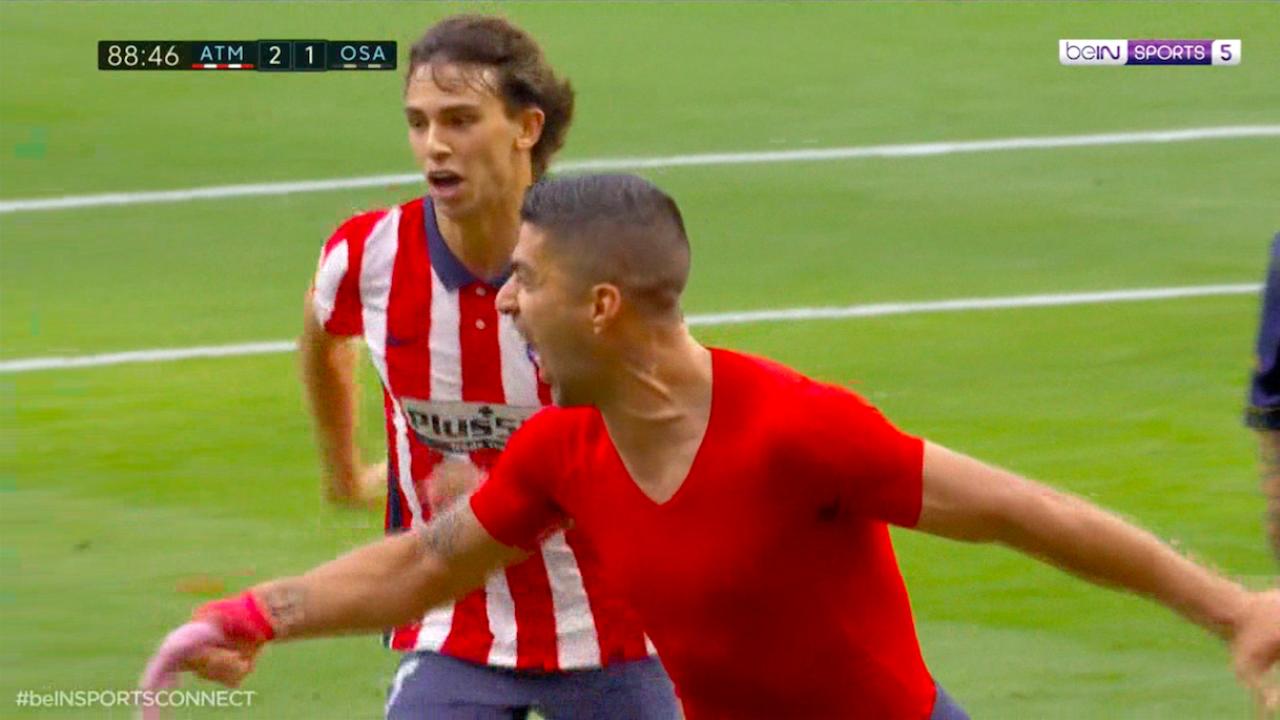 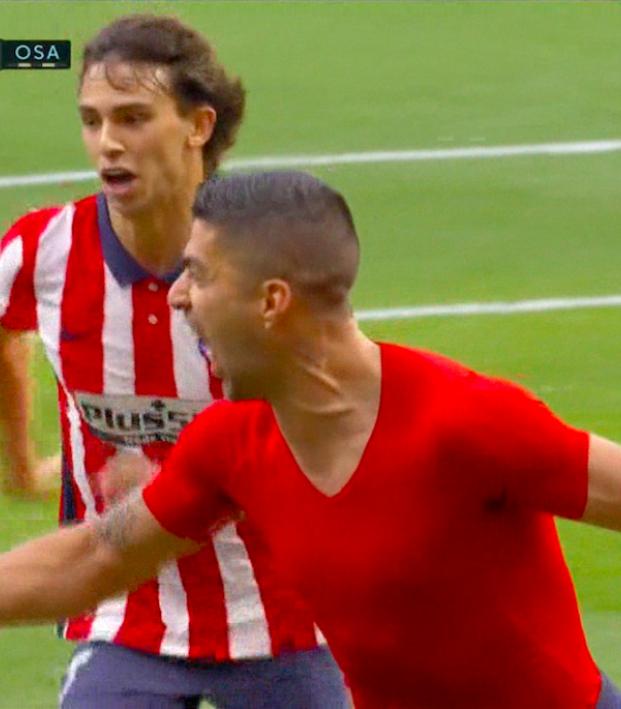 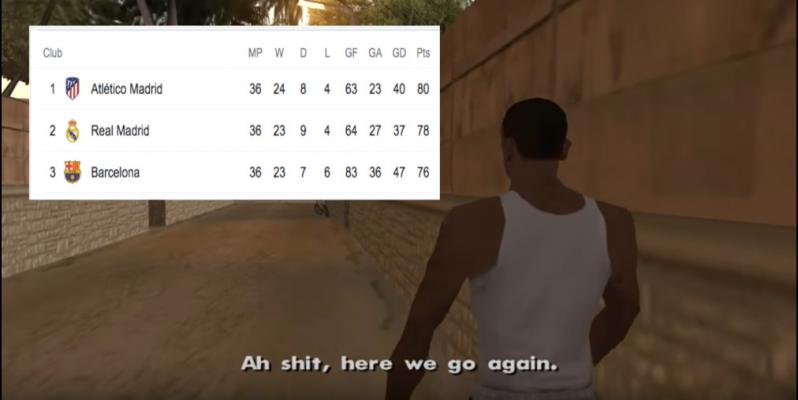 The buildup to Sunday’s games had been somewhat overshadowed by Spanish media reports that regardless of how it all played out, Zinedine Zidane was prepared to walk away from his Real managerial post for the second time.

But Zidane wouldn’t be drawn into the conversation, instead saying his focus was entirely on Osasuna and the curtain-closer against Villarreal. His lineup deviated little from the one that beat Granada 4-1 on Thursday.

19-year-old Miguel Gutiérrez got another start at left back after his beautiful assist. The only change was Álvaro Odriozola starting at right back instead of Marvin Park.

Diego Simeone’s Atlético’s lineup yielded no surprises — these are the 11 players that’ve logged the most minutes for Los Colchoneros this campaign.

In Barcelona, Ronald Koeman started 18-year-old Ilaix Moriba in the center of the park, Ousmane Dembélé took up his new wing-back station and fans continued to fume over the absences of Riqui Puig and Sergiño Dest.

And so it began.

In Madrid, the first shot on target of the match came from Atlético’s Mario Hermoso, who attempted to lob the keeper from inside his own half. It would’ve been the most legendary goal of all-time, but Sergio Herrera snatched it from the heavens with ease.

Atlético then had a massive chance when a blocked shot broke to Luis Suárez in the area, but the Uruguayan’s outside-of-the-boot effort lacked conviction and was smothered by Herrera.

We reached the ten-minute mark in all three matches with things scoreless, although Real’s new left back was submitting pieces of work to the Guggenheim Museum in Bilbao.

Back in Madrid, the nervousness was compounded by Suárez again being denied by Herrera before missing a backheel attempt that would’ve been goal-bound. Then, in the 22nd-minute, the 34-year-old hit the post with the goal at his mercy.

With no goals in his last five games coming into this one, Suárez’s form pointed to the spontaneous combustion of Simeone on the sidelines.

We reached 30 minutes without a breakthrough in Bilbao or Madrid, although Suárez dragged another shot wide and attacked the advertising boards after a lovely exchange with Ángel Correa.

Correa has been playing some of the best football of his life over the last month.

However, in Barcelona, Lionel Messi — perhaps playing his final match at the Camp Nou, but probably not — put Barça up 1-0 (with a header!) to briefly pull level on points with Real Madrid in second place, although the Catalans remained third after losing both Clásicos this season.

It was a sensational ball from Sergio Busquets.

✨ Busquets tees up MESSI for his 30th goal of the LaLiga season! #BarçaCelta - LIVE on CONNECT 6 pic.twitter.com/nggRMvXdFk

In Bilbao, we got to check “VAR DRAMA” off our Bingo cards after Odriozola ripped a cross at Jon Morcillo. After what transpired in the 2-2 draw with Sevilla, you know Zidane absolutely loved the decision not to award this one.

Back to Barcelona, where Santi Mina got a 38th-minute equalizer with Celta’s first shot of the match. The forward used Gerard Piqué — who was more worried about potentially handling the ball — as a screen and shot past a flat-footed Marc-André ter Stegen from the edge of the area.

At the Wanda, Saúl ripped a left-footed effort off the outside of the post. Atlético finished the half with 16 shots, including five on target and two off the posts, but it remained 0-0. Luckily for them, Los Blancos were engaged in a scrappy 0-0 affair that hadn’t yet seen a shot on target from either side.

Atléti wasn’t deterred in its approach. Renan Lodi came on; João Félix entered. In the 59th minute, Stefan Savić had the ball in the back of the net but the defender was narrowly offside. In the 66th minute, Yannick Carrasco accomplished the same feat but was more offside.

Over in Bilbao, Casemiro’s cross found Nacho at the back post to give Real Madrid a 68th-minute lead.

Back in Madrid, Osasuna scored with its first shot on target in the 75th minute to doubly damn Atléti. Ante Budimir’s header crossed the goal-line despite the best efforts of Jan Oblak.

BUDIMIR steals in at the back post to deal Atletico Madrid's title hopes a major blow!#AtletiOsasuna - LIVE on CONNECT 5 pic.twitter.com/EoqmgtwfYr

Just like that, Atlético's long procession towards the title collapsed while Real looked in the clear.

But — holy shit would you believe it — João Félix provided a beautiful assist for Lodi to smash into the roof of the net to bring Atlético level in the 82nd minute.

GAME ON! Joao Felix finds RENAN LODI for the Brazilian to thump in the equalizer! #AtletiOsasuna - LIVE on CONNECT 5 pic.twitter.com/p4qWs4i91E

That all set the stage for what we’ve been talking about all season: the influence of Suárez.

In the 88th minute, Carrasco worked a bit of space before sending a low ball through the area at Suárez. The Uruguayan made no mistake with this one, guiding a first-time finish to the back of the net.

It’s as you were for the top two as Real Madrid would hold on for the 1-0 win, although Barcelona lost 2-1 to Celta Vigo to officially drop out of the race.

If Atlético wins at Valladolid next Sunday, the title is theirs. If they stumble to a draw or defeat, Real Madrid claims the title with victory over Villarreal.