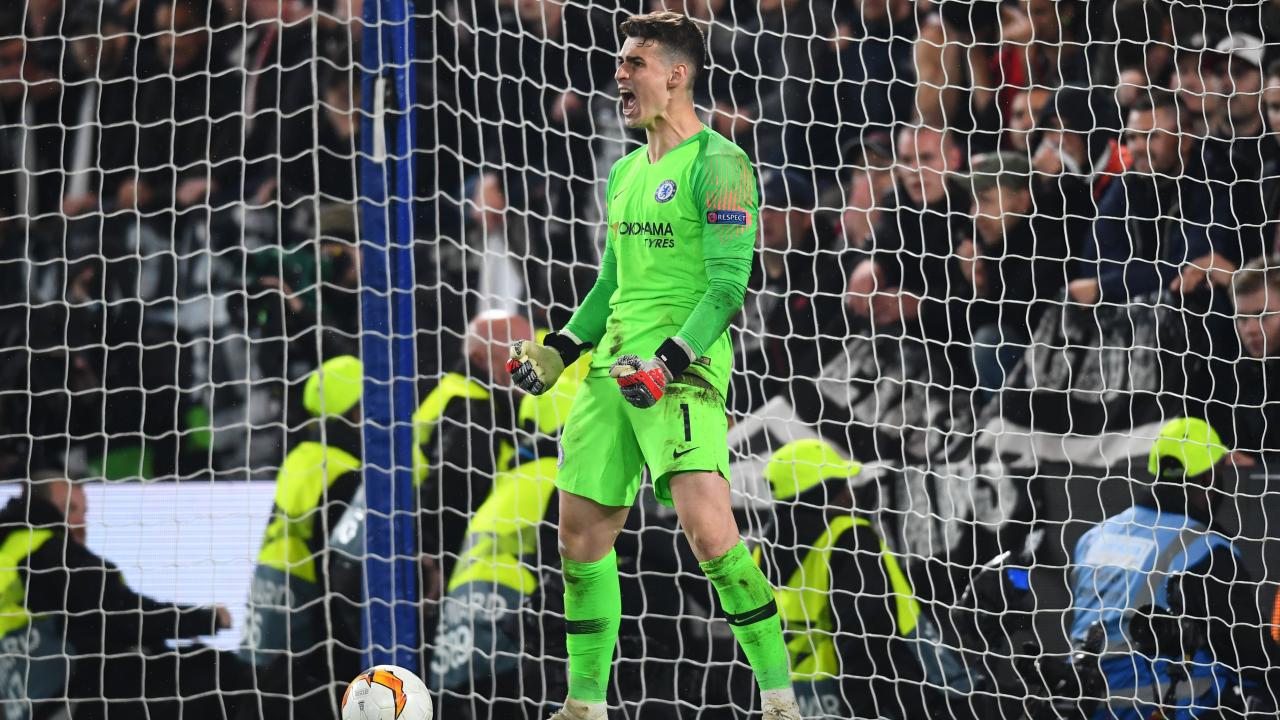 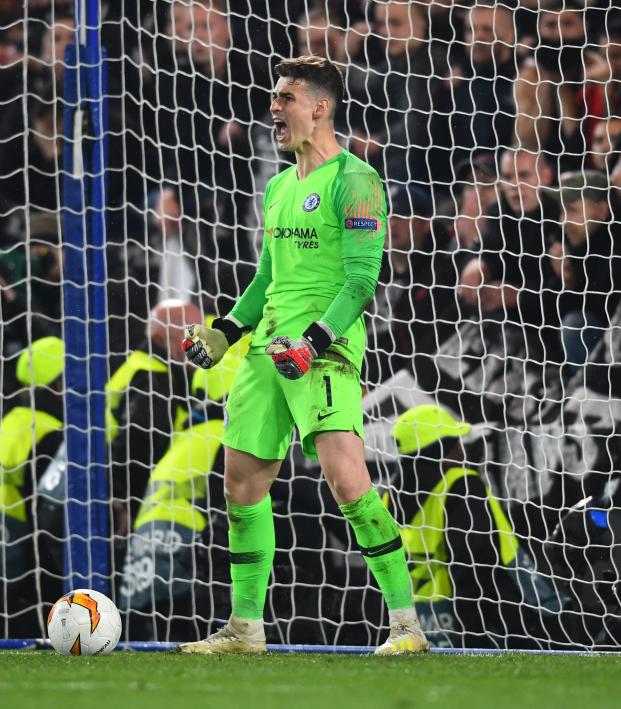 Connor Fleming May 9, 2019
Shades of Muhammad Ali vs. Sonny Liston.

Everyone knows the famous boxing photograph of a victorious Muhammad Ali towering over the vanquished Sonny Liston. It’s an image that screams pride, power and the futility of attempting to fight the sport’s GOAT. During today’s Europa League semifinal second leg between Chelsea and Eintracht Frankfurt, we got a recreation of that famous moment, except Ali was substituted for Kepa Arrizabalaga (who refuses to be substituted himself) and Liston for a soccer ball.

With captain César Azpilicueta missing Chelsea’s second attempt in the penalty shootout, Eintracht had a chance to go 4-2 up and practically guarantee passage to the final in Baku if Martin Hinteregger, who looks like a Victorian ghost, could convert.

But Hinteregger attempted to fire one between Kepa’s wickets, only for the 24-year-old keeper to dramatically save the attempt by squishing it under his knee.

Kepa then celebrated over the static football like Ali.

The winds shifted. David Luiz made it 3-3. Kepa then saved again from Gonçalo Paciência.

The stage was set for Eden Hazard — who’s reportedly demanded a transfer to Real Madrid in the summer — to win it.