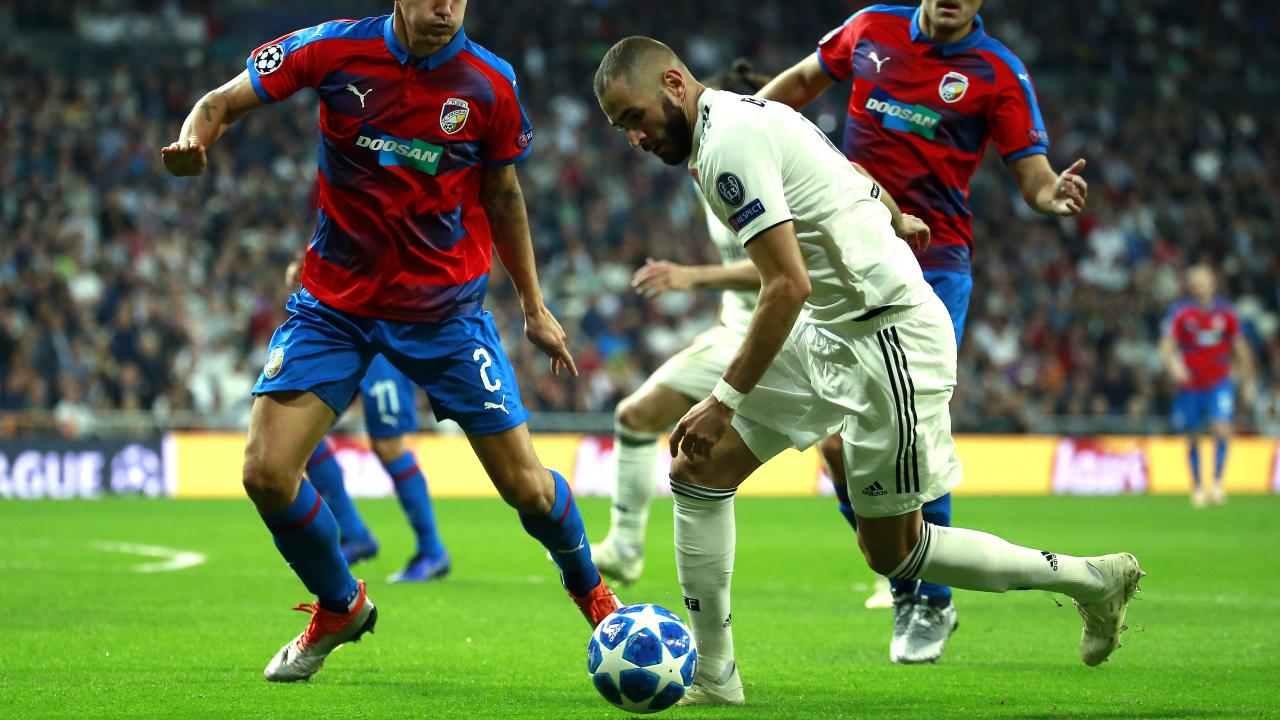 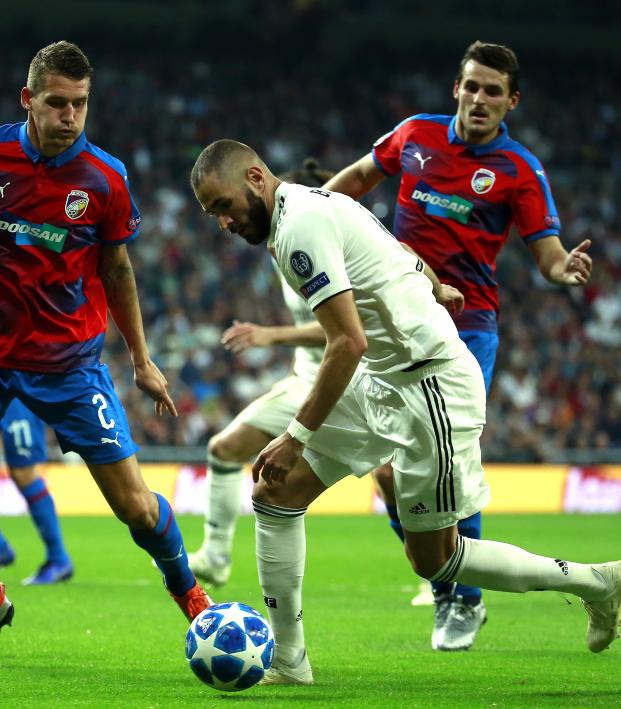 Connor Fleming November 7, 2018
Real Madrid is back and better than ever! But not really.

It’s too early to declare Santiago Solari the true heir to Zinedine Zidane at Real Madrid, but three wins, 10 goals scored and zero conceded is a fine start to the Argentine’s reign. Most evidently, as Toni Kroos so rightly pointed out, Real actually won a LaLiga match last weekend.

And if that wasn’t enough to get you on the Solari train, then directly compare the Champions League results against Plzeň. Back on Oct. 23, Real squeaked out a 2-1 win at the Bernabéu. They were godawful. According to Transfermarkt, the entire value of Plzeň’s squad is $35 million. Karim Benzema himself is worth $46 million.

That reality was on full display during Wednesday's reverse fixture at Doosan Arena in the Czech Republic. Benzema opened the scoring after abusing three defenders on the dribble before firing a shot between the goalkeeper’s legs in the 20th minute.

Before the sound of the halftime whistle, Real would find two more.

In the 37th, Gareth Bale got on the end of a cross and sent a header back across the face of goal towards Benzema. The Frenchman directed his own header into the back of the net.

Three minutes after that, Benzema’s backwards flick found Bale, and the Welshman slotted home his goal.

The fifth involved Vinicius Junior, who made his first Champions League appearance after replacing Benzema in the 62nd minute. Five minutes after coming on, Vinicius fed Kroos, and he curled his effort inside the far corner (slight World Cup déjà vu).

Toni Kroos, as cool as the other side of the pillow That's for Real Madrid today

So yes, Plzeň’s squad value is $35 million compared to Real’s total of $1.2 billion, but Real returns to the top of UCL Group G with the win, and Benzema and Bale once again don't look entirely useless. It's almost as if they're both world-class footballers on the world's best team.