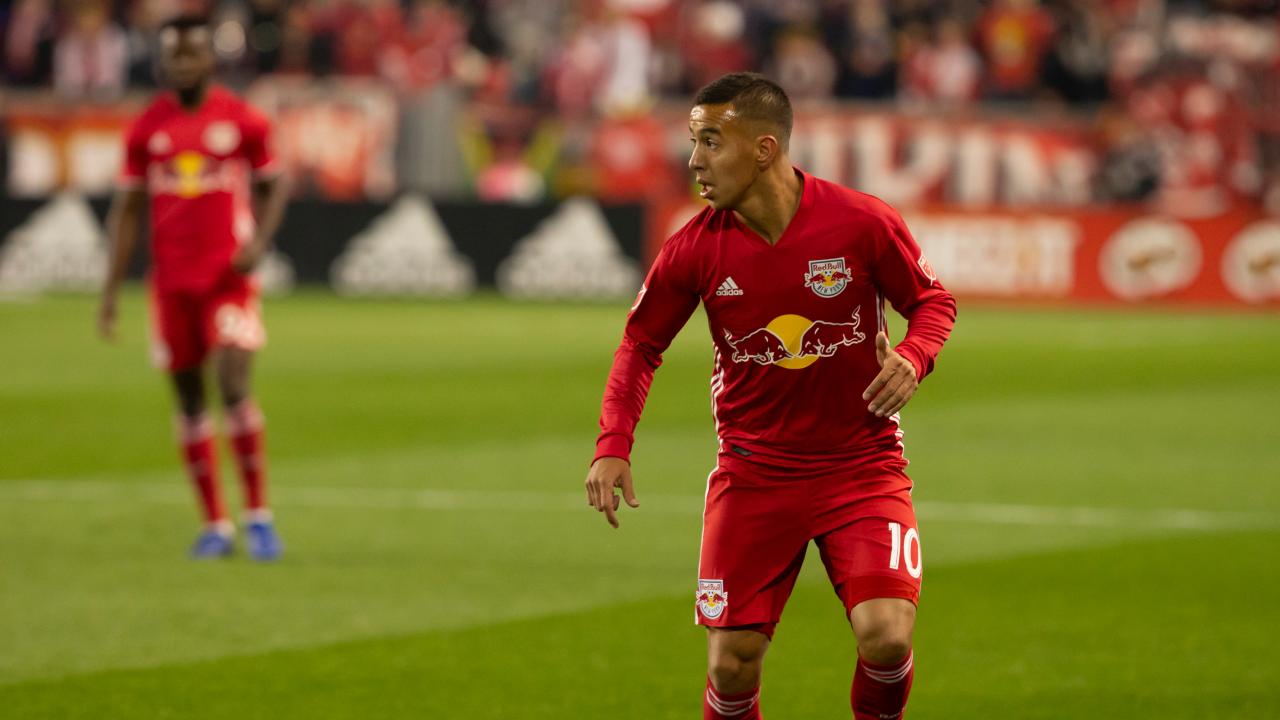 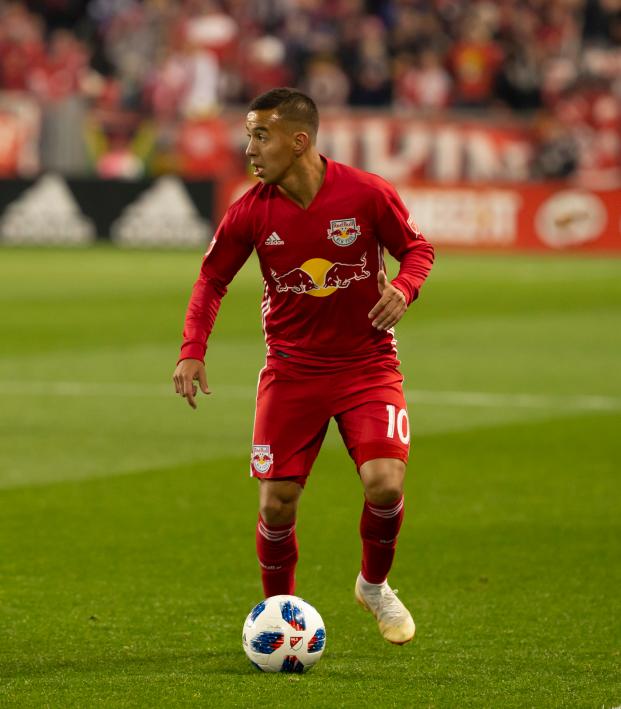 Alejandro Sebastián Romero Gamarra, better known as Kaku (but not that Kaku), is a New York Red Bulls designated player. He arrived in the Big Apple from Huracán with much fanfare in February 2018, but didn’t quite live up to lofty expectations in his first season.

Now he wants a move to Club América. But the Red Bulls are going all Daniel Levy on the Liga MX side and Kaku’s agent, Gustavo Casasola, is not happy.

New York paid $6.25 million for the Argentine native, who has two caps for Paraguay. Casasola said he was initially told a slightly larger fee (around $6.5-7 million) would be enough to move Kaku on to another club. But now the Red Bulls are reportedly asking for $12 million for the winger who scored six goals in 30 league matches in 2018.

Kaku told ESPN Mexico that he wants the Red Bulls to recoup what they invested (the $6.25 million or so), but thinks the club is asking for too high a price.

Las Aguilas coach Miguel Herrera said his club won’t overpay for the services of the New York No. 10.

“We have an idea of what a player costs and we offer it and we don't have to go crazy because they want to be wise guys,” Herrera told ESPN. “We have a line (of thinking) and we're following it.”

Despite all this going on, Kaku has reported to the Red Bulls for training already. Though he did send out a cryptic tweet on Wednesday, including an Eagle emoji referencing Club América.

“Don't give up, sometimes the last key is the one that opens the door,” reads the tweet in English.

So Kaku and Casasola are still holding out hope for a move to Las Aguilas, preferably sooner rather than later considering the Liga MX Clausura is already underway.

Thus, Casasola has gone on a bit of a rant recently, trying to force a move for his client.

Casasola said a player’s career is short and Kaku needs to get what he deserves while he can, which makes sense, but he’s the one that agreed to the current contract in the first place. He complained to ESPN that Kaku makes five times less than MLS MVP Josef Martinez, who scored more than five times as many goals as Kaku. Martinez made $1,387,318 last season compared to $709,090 for Kaku, but Martinez received a pay raise in January, the numbers of which have not been officially released.

Then Casasola went a bit off the rails.

Kaku's agent – Gustavo Casasola – went off, aired some dirty laundry, and even referenced Hitler and Maritn Luther King to boot, to explain why he and the player want to secure a move away from the New York Red Bulls to join Club America.#RBNY #MLS pic.twitter.com/pH28Yt3rh7

There is so much going on in this diatribe, the full extent of which can be heard (in Spanish) here, with the quotes above starting around the 5:35 mark through to the 6:20 mark.

For starters, he’s invoking Martin Luther King Jr. and Adolph Hitler while talking about a damn game. I know journalists can be prone to hyperbole at times, but to compare what’s happening to Kaku to anything related to the American civil rights movement or the Holocaust is unbelievably insulting. He wants his client to get paid more (and in turn earn more money himself), but this is no way to go about it.

Second, the items Casasola is complaining about are incredibly insignificant. He wants Kaku to get paid back for furniture, for an Uber ride and a coffee. While furniture is by no means cheap, it’s trivial when talking about a player who made more than $700,000 last season.

Finally, Casasola claims he and Kaku have been treated horribly, but the only evidence of this he provides is not getting reimbursed for a few things. While it would make sense for the Red Bulls to pay for these items, is it really worth this much fuss? I guess when you’re angling for even more money, it is.

It’s currently unknown how this all ultimately works out. Maybe Kaku fires his agent for making such absurd comments (unlikely considering Casasola said similar things when Kaku moved to Red Bulls) or Club América decides to pony up a little more cash to bolster its squad.

One thing is for sure: Don’t reference MLK and Hitler to complain about not getting a free ride if you ever want to win that argument.