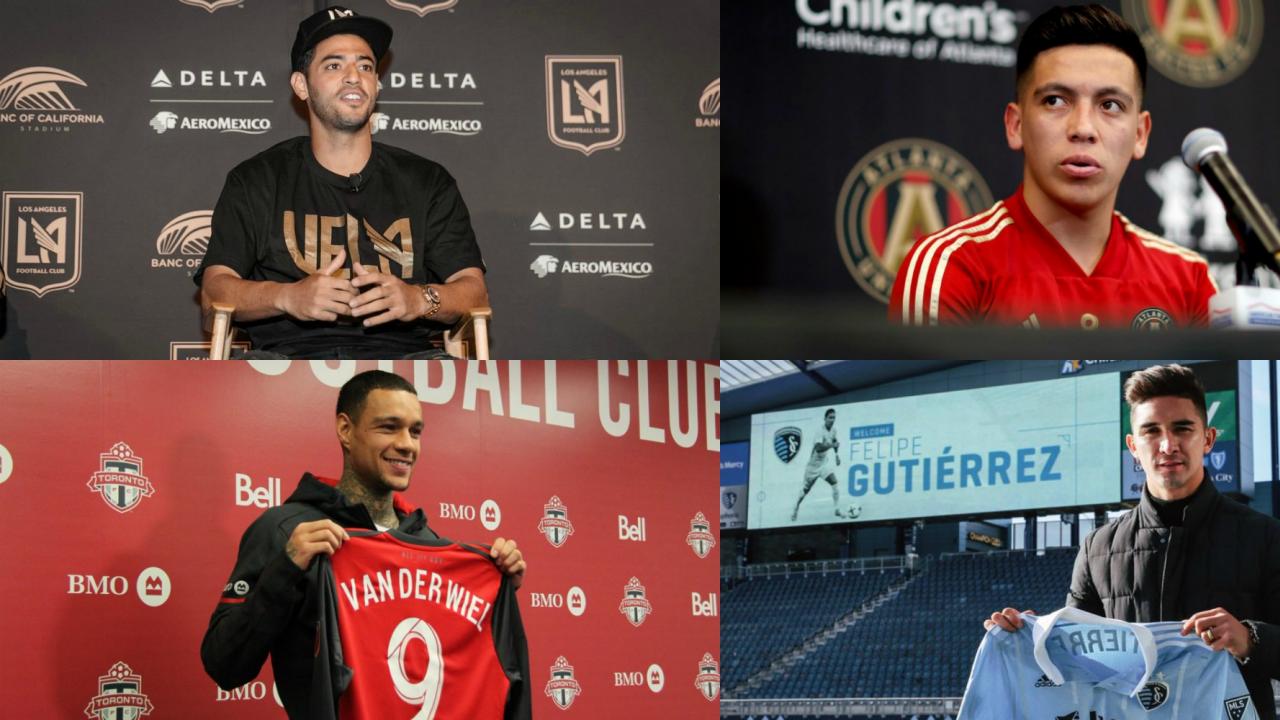 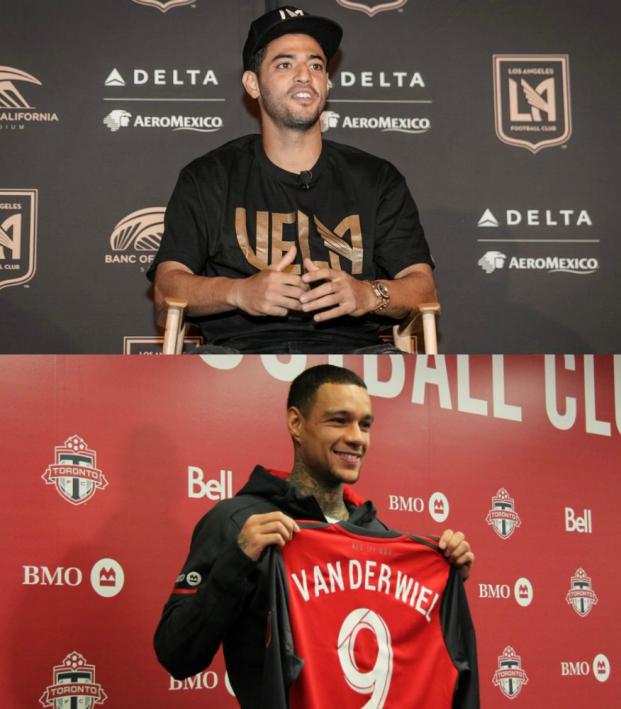 A 23rd season of Major League Soccer will kick off with a record 23 clubs on Saturday. The league continues to grow in both number of teams and amount of money being spent on players. An increase in allocation money has made for a busy offseason and the new 2018 MLS signings will have an outsized impact on the upcoming campaign.

From 2008-2015, the average age of an MLS newcomer was 27. Now it’s 22. With Target Allocation Money being splashed on young, South American talent at an unprecedented rate, the crop of 2018 MLS signings may be the best group of players entering the league since the first season in 1996.

Few represent this trend better than Atlanta United, which set the league on fire with its offensive talent, most of which came from South America. The Five Stripes followed that up by setting the MLS transfer record to get even better. Toronto FC had one of the best seasons in MLS history in 2017 with its unrivaled trio of Sebastian Giovinco, Michael Bradley and Jozy Altidore and has only gotten better this offseason. And LAFC wanted to make a splash in its first season and it undoubtedly has with a couple key signings.

With the new season nearly underway, we felt it necessary to go through all the 2018 MLS signings and point out the best new players entering the league this season. While not every player will have an immediate or massive impact, these are the top 18 new MLS players for 2018.

Atlanta United broke the MLS transfer fee record for this 18-year-old Argentine and he’s already showing his worth, as seen above. At $15 million, Tata Martino will be expecting big things from the youngster. But with the likes of Miguel Almiron, Josef Martinez, Darlington Nagbe and Tito Villalba around him, Barco will have plenty of support.

LAFC needed to make a splash in its first season and Carlos Vela definitely represents a splash. The Mexico international has also spent time at Arsenal, West Brom, Osasuna and Real Sociedad. The 28-year-old will be called upon to lead the line for Bob Bradley and LAFC’s flat-brimmed caps.

The Red Bulls finally signed Huracan winger Alejandro Romero Gammarra as its first Young Designated Player in February after months of courtship. Kaku, 23, was the primary target for the New Jersey-based club this offseason and, along with 18-year-old signing Cristian Casseres, will be tasked with providing the creativity lost with the trade of Sacha Kljestan. Unfortunately, Kaku is of no relation to theoretical physicist, author, TV star and general smart guy Michio Kaku.

One of two major signings for the Reds in the offseason, van der Wiel brings more experience than just about everyone on this list. At 30, the right or left back has played for Ajax, PSG, Fenerbahce and Cagliari in addition to making 46 appearances for the Dutch national team.

The 23-year-old Venezuela international scored a league-high 23 goals to help Monagas SC to the Torneo Apertura title last year and should make an instant impact in Canada. He could make for a long-term strike partner with Alphonso Davies, the 17-year-old Canadian starlet.

Rossi is a 19-year-old Uruguayan who impressed LAFC so much they signed him as a Young Designated Player and their second DP overall after Vela. The winger scored 13 goals in 46 appearances with Peñarol in Uruguay before making the move stateside.

Signed on New Year’s Eve, this 20-year-old attacking midfielder from Paraguay became the third Designated Player for Patrick Vieira. He made his debut with Libertad in Asunción at the age of 15. Medina has one appearance for the Paraguay national team, in a friendly against Mexico. 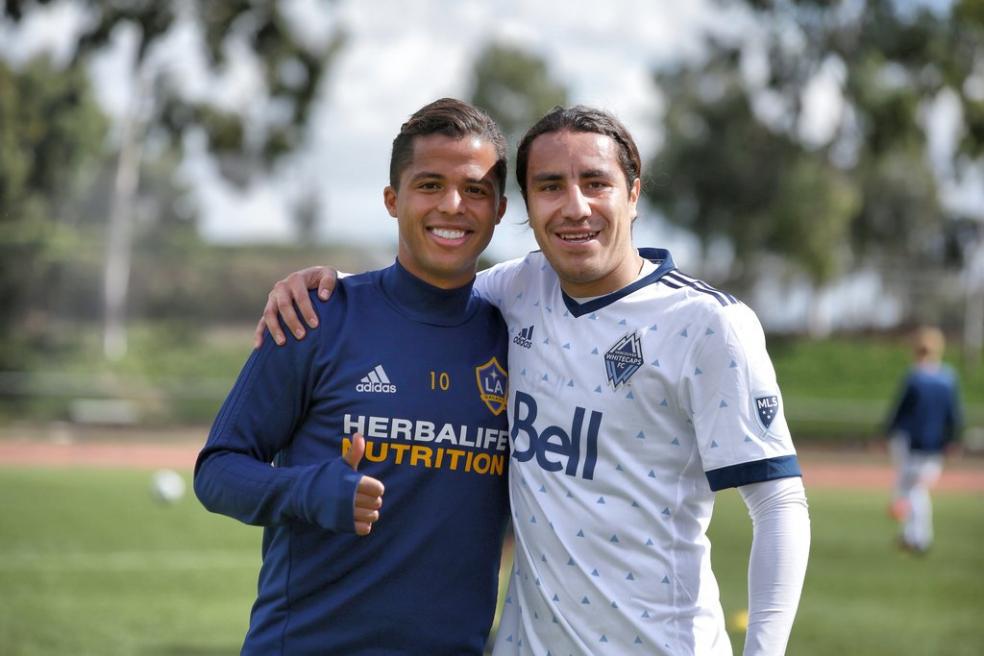 Efrain Juarez, one of the 2018 MLS signings for Vancouver, with a certain fellow Mexican international.

As mentioned above with Blondell, Vancouver hasn’t ignored the trend of signing young South Americans. However, this signing is a more traditional MLS signing: a quality, experienced foreign international. Juarez, a right back, has 39 caps with Mexico and outside of many years in Liga MX has also played for Celtic and Real Zaragoza overseas. 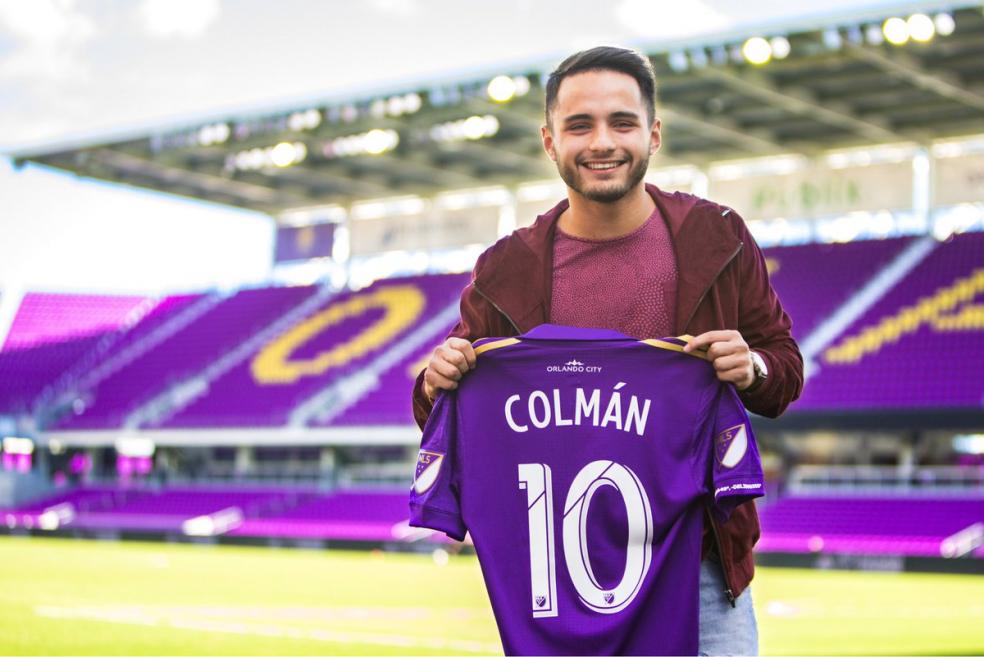 Josue Colman, one of the 2018 MLS signings for Orlando City.

To give you an idea of how much faith Orlando City has in Colmán, the club signed Sacha Kljestan in the offseason to offset the loss of Kaka, but gave the No. 10 jersey to the 19-year-old Paraguayan. 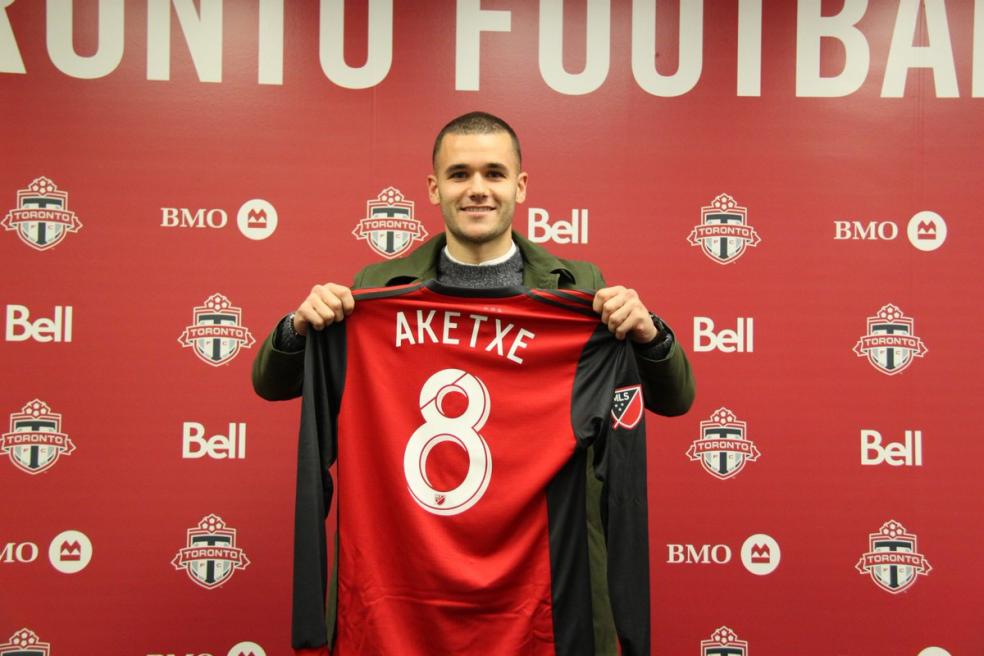 Ager Aketxe, one of the 2018 MLS signings for Toronto.

One final piece to make the Reds into a juggernaut, Aketxe is a 24-year-old Spanish midfielder who can link up with compatriot Victor Vazquez in the middle of the park. Aketxe spent much of his career with Athletic Bilbao and has Champions League experience. 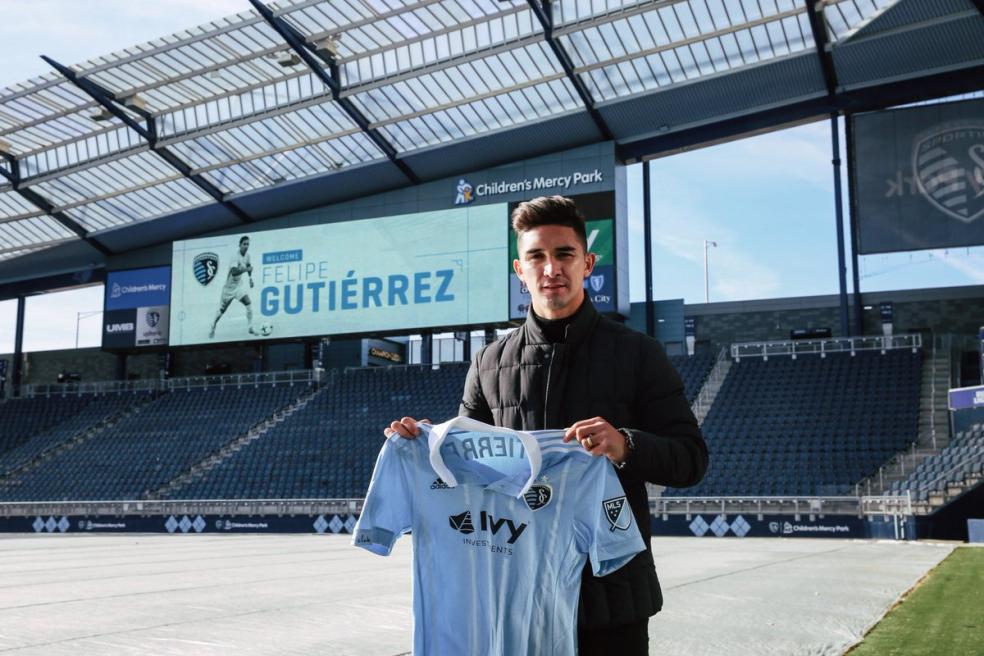 Felipe Gutierrez, one of the 2018 MLS signings for Sporting KC.

Having made four appearances at the World Cup for Chile, Gutiérrez is another one of the older prospects, but at 27 the midfielder still has plenty to give. He arrives in the American heartland after spending time in the top leagues in Chile, the Netherlands, Spain and Brazil. 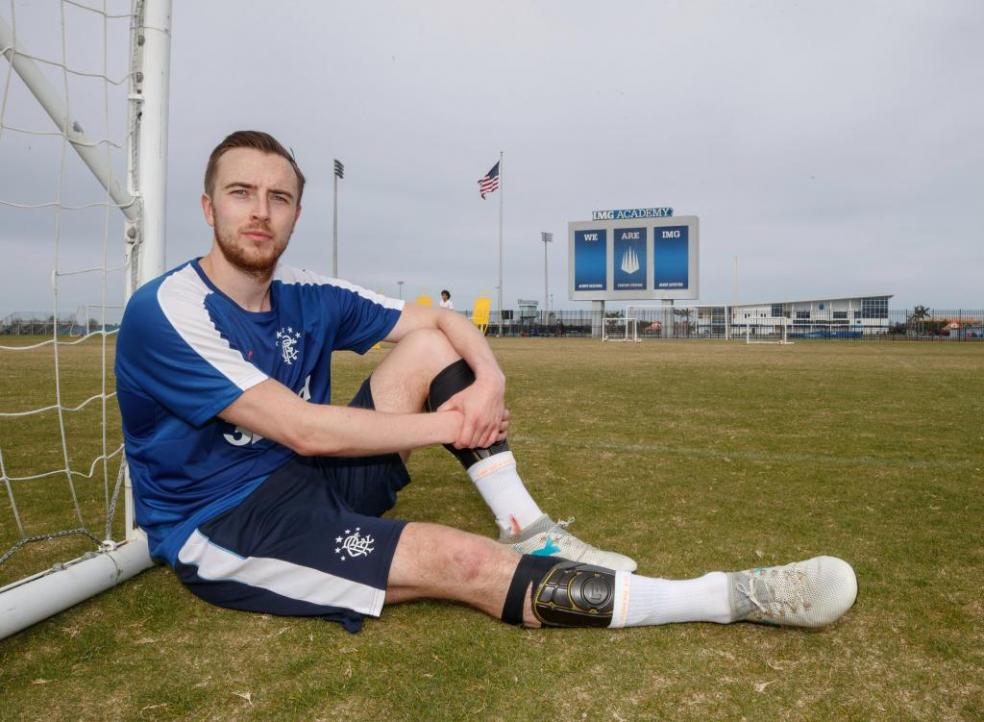 Danny Wilson, one of the 2018 MLS signings for Colorado.

The Scottish center back signed with the Rapids in January after a number of years with Rangers. Wilson, 26, has also spent time with Liverpool, Blackpool and Bristol City and has made five appearances with the Scottish national team, though none since 2011. 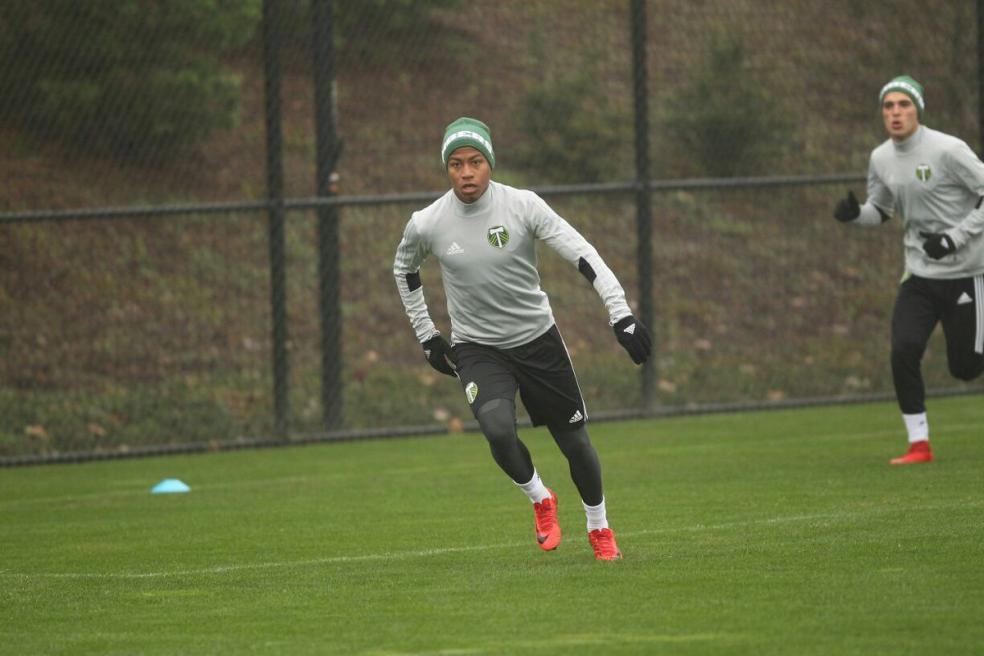 Andy Polo, one of the 2018 MLS signings for Portland.

After losing Darlington Nagbe, Portland signed two South Americans on loan from Liga MX sides. Polo (pictured above) comes from Morelia and is a 23-year-old winger who has made 15 appearances with the Peru national team. He scored his only goal with the senior national team in nearby Seattle in a friendly against El Salvador. Paredes, a 19-year-old Paraguayan, is on loan from Club America.

The Swedish striker was the joint goal-scoring leader in the Allvenskan with Djurgårdens IF last year before joining San Jose as a Designated Player. Eriksson will probably enjoy playing in the slightly warmer climate and will be a quality replacement or supplement to the aging Chris Wondolowski.

After FC Dallas’ unexpectedly poor 2017 season, Mosquera joined the Texas club as a 23-year-old Young Designated Player. The Colombian attacking midfielder made 54 appearances for Millonarios in Bogotá and will hope to link up well with Kellyn Acosta, Max Urruti and fellow Colombian Michael Barrios.

Taïder is a 25-year-old, French-born, Algerian international central midfielder with 162 career Serie A appearances to his name. He arrived from Impact sister club Bologna, essentially swapping places with Blerim Džemaili. Taïder is a World Cup veteran and will hope to be with Algeria in Russia this summer. 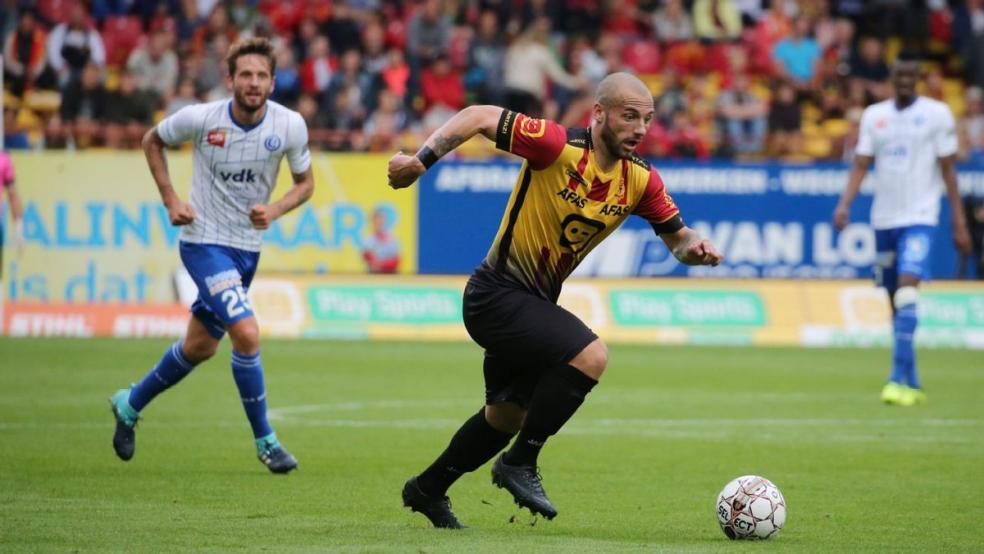 Yohan Croizet, one of the 2018 MLS signings for Sporting KC.

The only Frenchman on our list, this attacking midfielder spent the last season and a half in Belgium’s top league. Croizet, another Designated Player, just turned 26 and scored 12 goals with 11 assists with KV Mechelen in Belgium. Fun fact: His name is pronounced CRAH-zay, which is close enough to crazy to give him the thumbs up.

Anton Nedyalkov, one of the 2018 MLS signings for FC Dallas.

The left back isn’t going to set the league on fire, but he is the only Bulgarian currently in the league that was once home to Hristo Stoichkov, perhaps the most famous Bulgarian footballer of all time. Stoichkov, now a commentator for Univision Deportes, might want to call a few FC Dallas matches to watch this 24-year-old who arrived from CSKA Sofia in Bulgaria’s capital.