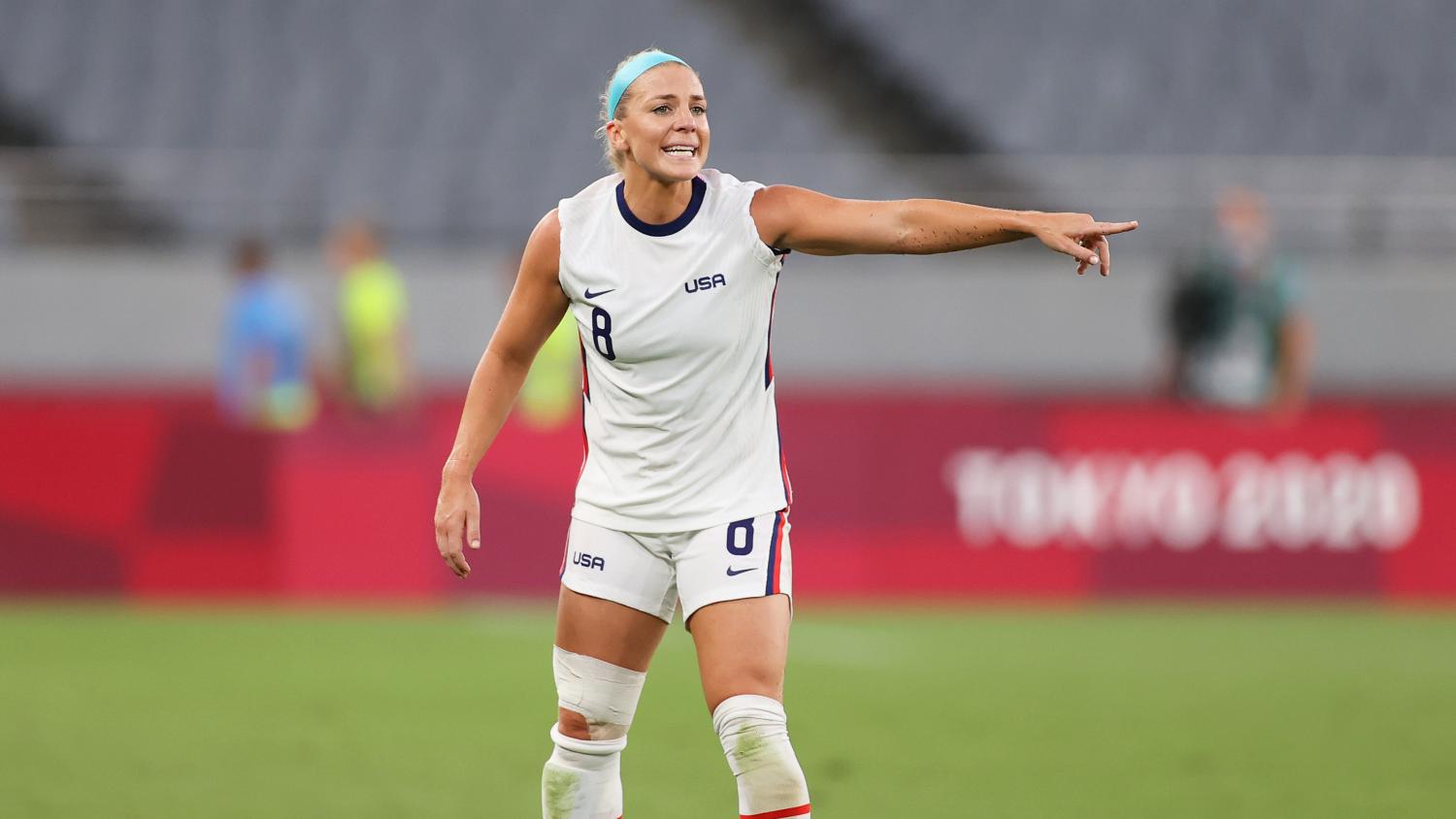 Angel City and San Diego Wave have bolstered their squads ahead of their expansion drafts.
Getty Images

Angel City FC and San Diego Wave FC will start to really fill out their rosters during the NWSL expansion draft on Dec. 16, during which time each team is allowed to draft up to nine players from other preexisting NWSL squads. But neither club is waiting around for the expansion draft or the 2022 NWSL Draft two days later to make moves, with one USWNT player heading west and a potential blockbuster trade in the works ahead of Friday’s trade deadline.

The two 2022 NWSL expansion teams are making moves this week before the draft, with some of the world’s best players transferring, including two-time World Cup winner Julie Ertz. The Chicago Red Stars, recently rocked by revelations of long-running abuse allegations against longtime coach Rory Dames, saw five players leave the club on Thursday in exchange for full protection in the expansion drafts, chief among them Ertz, who is heading to Angel City FC.

Chicago’s day headlined a big week for the NWSL, which also saw Louisville and Washington trade for partial immunity. Teams are only allowed to protect up to nine players from the expansion draft, and with two expansion teams some clubs have opted to trade assets away in order to protect the entire team. It’s all beginning to feel a bit like a game of Survivor in the fight for immunity.

Has some immunity:
Louisville (AC)
Washington(SD)

In exchange for expansion draft protection, Chicago saw Ertz and Sarah Gorden, one of the NWSL’s best defenders, plus an international roster spot sent to Angel City FC, where they’ll join Christen Press as the first three members of the squad. Chicago also sent Katie Johnson and Makenzy Doniak plus 2021 draft pick Kelsey Turnbow to San Diego in exchange for roster protection and allocation money.

The other protections from the draft came from Louisville sending the rights to Christen Press to Angel City and, interestingly, the Current being given a pass from the draft because of a clause negotiated when the club was brought to Kansas City from Utah before last season.

Clubs that currently have no immunity include: Gotham FC, N.C. Courage, Orlando Pride, OL Reign, Portland Thorns and the Houston Dash. If we’re being honest, I’m not sure there are more than nine players on the Houston Dash worth drafting, so don’t be surprised if no one takes any of their players. Angel City already has more star power than the Houston Dash have had in their entire seven-year, playoff-less history. But hey, at least James Clarkson is the only coach who made it through all of 2021 without getting fired and/or being accused of some sort of vile player abuse.

In other trades made during this mad-dash window, Sam Mewis left North Carolina for Kansas City in exchange for Kiki Pickett and a first-round draft pick, and the OL Reign acquired Nikki Stanton from Chicago for a third-round draft pick.

One more massive move is also being rumored, with the Athletic’s Meg Linehan reporting Krashlyn is heading to New York. There is no word what Orlando might receive in exchange for Ali Krieger and Ashlyn Harris, but the partners on and off the pitch would be worth a fair amount. There are also reports 35-year-old legend Marta could be heading back to Brazil to join Corinthians.

Got another big one for you for this wild #NWSL trade week.

According to sources, Ali Krieger and Ashlyn Harris are heading to Gotham FC. Deal is not finalized yet, sources did not say what Orlando Pride will receive in return.@TheAthletic https://t.co/enegAzie2U

Shout-out and thanks to all the hard-working NWSL reporters around the country, many of whom are woefully under-employed, for helping keep track of everything going on in the league.

The #NWSL trade deadline is 1 pm ET tomorrow. Four hours later is the deadline for all teams to be made aware of all trades, but that doesn't mean they'll all be public (I've made this ask to the league).

Expect a few more big deals to go through before the trade window briefly closes.