Chicago Red Stars Coach Suspiciously Resigned At Midnight; You Can Guess What Happened Next 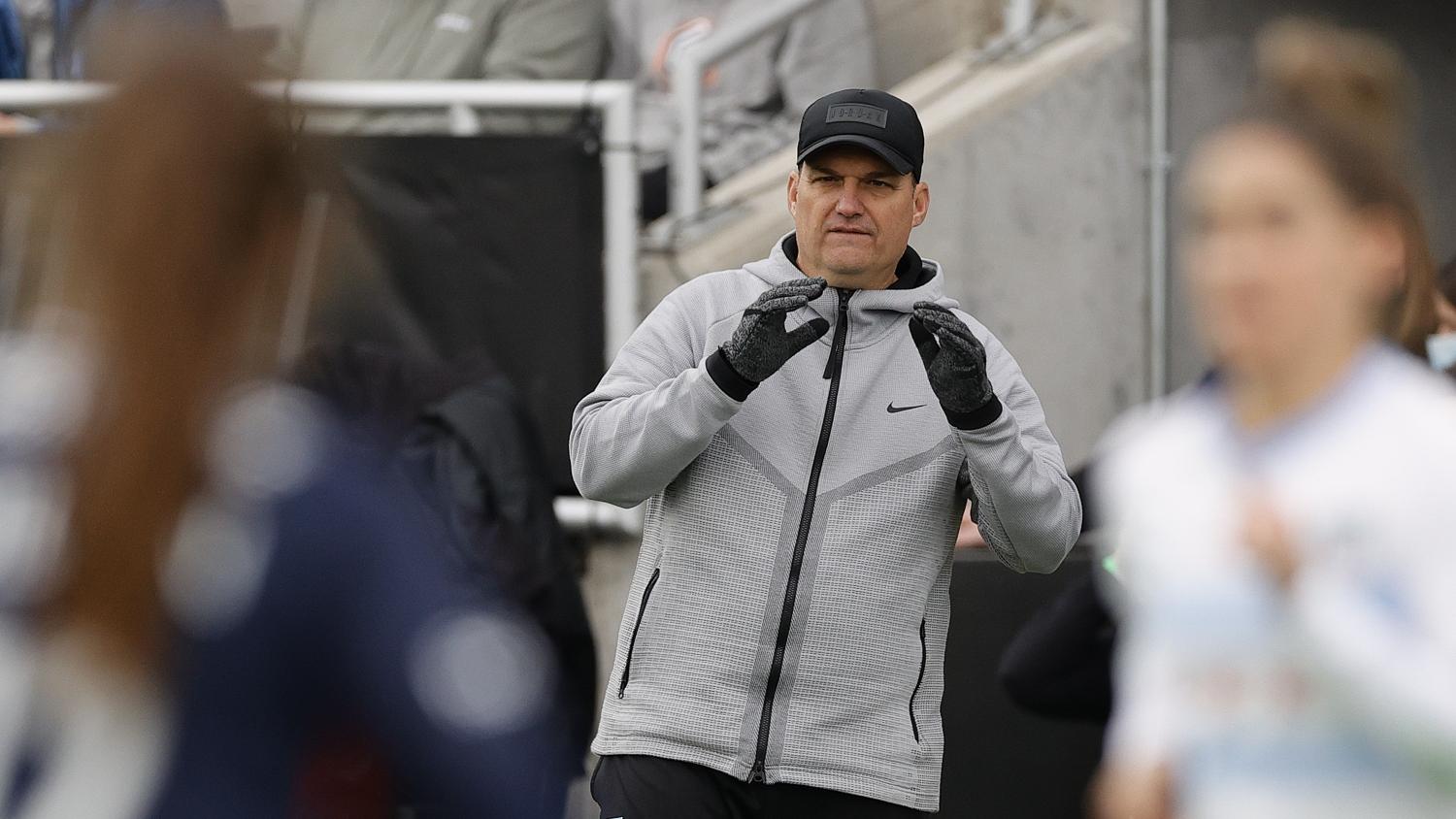 Red Stars coach Rory Dames has been accused of abusing players, yet another NWSL coach to share that fate.
Getty Images

Back when allegations first arose against former NWSL coach Paul Riley’s sexual coercion and verbal abuse, I made a timeline of all the women’s soccer coaches and staff in America who had been fired, resigned or were otherwise accused of some sort of abuse. Even then I said there were probably more cases out there that hadn’t been reported upon yet. Sadly, it looks like I was right.

Rory Dames, coach of the Chicago Red Stars for longer than the NWSL has existed, resigned as coach on Sunday. The club sent out a press release at around midnight, a suspicious time to say the longest-tenured coach in the league wanted to focus on his family. Even more curious, the press release mentioned the Red Stars would seek out a new coach “given the dynamic change underway in the league,” no doubt a reference to the above allegations of abuse all around the league.

And don’t forget, it’s also because of the “dynamic change underway in the league” pic.twitter.com/s1UnGPQbJh

On Monday afternoon, it dropped: another Washington Post article detailing alleged abuse against a long-established coach.

"I was made to feel by U.S. Soccer that I was in the wrong, there was nothing to report, and that this was acceptable," said Christen Press.https://t.co/aL6ST9n8o9

To say this has been a really bad year for NWSL coaches who also happen to be a-holes would be a huge understatement. Yet another coach gone after alleged abuse against players, a sure sign of a systemic issue in women’s soccer that has been ignored for far too long.

To review: Last year, Utah Royals coach Craig Harrington was fired for contributing to a toxic atmosphere around the club, which is saying something when Dell Loy Hansen was the club owner. In July, OL Reign coach Farid Benstiti was allowed to resign amid accusations of verbal abuse, including fat shaming. A few days later, Gotham FC GM Alyse LaHue was fired for violating the league’s brand-new anti-harassment policy. In August, Washington Spirit coach Richie Burke was “reassigned” then finally fired after a WaPo report detailed alleged verbal and emotional abuse. Later that month, Christy Holly was fired as Racing Louisville coach was fired with cause. At the end of September, the horrifying Paul Riley allegations came to light thanks to reporting from the Athletic. That resulted in NWSL commissioner Lisa Baird resigning a few days later.

Fucking hell. When will it end? At this point, Houston Dash coach James Clarkson, hired in 2019, has to be thinking either he’s next or he’s the one good guy left in the entire damn league. The new longest-tenured coach in the league has just over a month to be the only NWSL coach to survive the entire calendar year.

Casey Stoney is now the 2nd longest tenured coach in the NWSL. She hasn’t coached a single NWSL game and her team won’t start playing until April.

Back to Dames and the allegations against him. Once again, we have the excellent reporting of Washington Post’s Molly Hensley-Clancy to thank for this information; it was her reporting (and the brave Kaiya McCullough’s willingness to come forward) that shone a light on Richie Burke just a couple of months earlier.

According to the article, Dames for years controlled, berated and humiliated players, “breaking the boundaries of the player-coach relationship.” Christen Press first raised concerns about him in 2014 — seven years ago. She and others raised these concerns again in 2018, when U.S. Soccer was confirmed to have been given the reports on the abuse.

Seven players told the Post they felt Dames was emotionally abusive, five of whom tried to leave the club because of it.

“Things were happening that were inappropriate,” Press said. “But I’d been told to be quiet, that this was fine.”

For details on how Dames was abusive, I recommend reading Hensley-Clancy’s article. If you can’t afford to get around WaPo’s paywall, here’s a brief rundown of the allegations, which run the gamut from sexist to racist to just being a dick:

There’s much more than that, including the story of a young player who felt she had to repeatedly go to dinner with Dames to keep her roster spot, only to get benched when Dames met her boyfriend. Pay for the article; support good journalism.

To me, the most worrying aspect is that it appears U.S. Soccer ignored accusations against Dames for years. Press in particular felt she had to play in the NWSL to keep her spot on the USWNT and reported Dames to the Federation in 2018 to no avail. The USSF pointed to the fact former acting attorney general Sally Q. Yates is investigating the abuse allegations in the NWSL, but that doesn’t excuse what happened three years ago.

People like to say a lot that our understanding of what is "appropriate" in coaching has changed, but Christen Press raised concerns about Rory Dames in 2014. Multiple players raised them in 2018. It was clear to them then.https://t.co/38d1hQJRSt

It doesn’t help that the Chicago Red Stars tried to push Dames out the door before the allegations came to light. Far too often these men are able to silently leave town before setting up shop elsewhere to begin the abuse anew, as was the case when the Portland Thorns let Paul Riley leave and get a new gig in the same league, as was almost the case when the Spirit tried to say Burke was being reassigned and not fired.

It’s so disheartening to have to keep reporting on yet another abusive man in women’s soccer. (It’s not all men, but it’s predominantly men.) You keep thinking, “hopefully this is the end of it,” and it never is. The men with the power in this league keep hiring other men who are unqualified and unfit, and it must stop.

The NWSL just finished what was, on the pitch, a thrilling season; Rookie of the Year Trinity Rodman set up a dramatic overtime winner in the final on Saturday in a matchup of two underdogs. It was the Washington Spirit, whose coach was fired amid allegations of abuse in August, who beat the Red Stars in the final.

Hopefully that sparks a turning point for the league, but I doubt it.