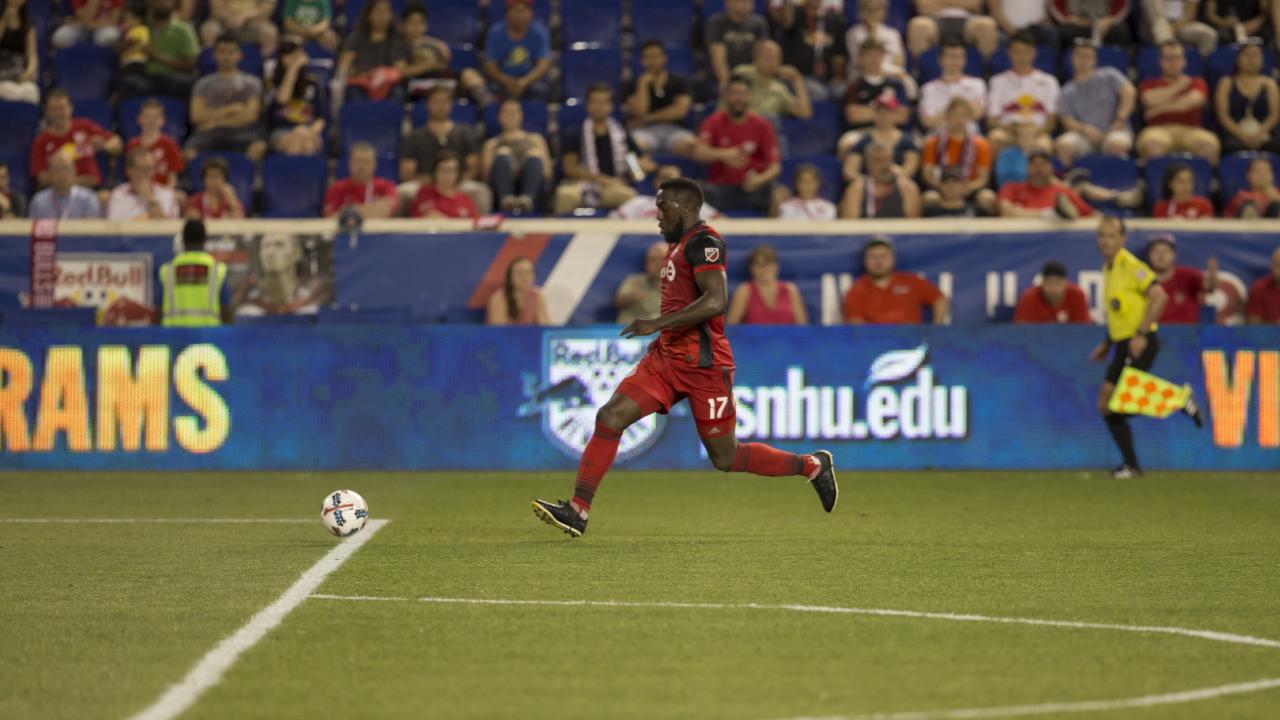 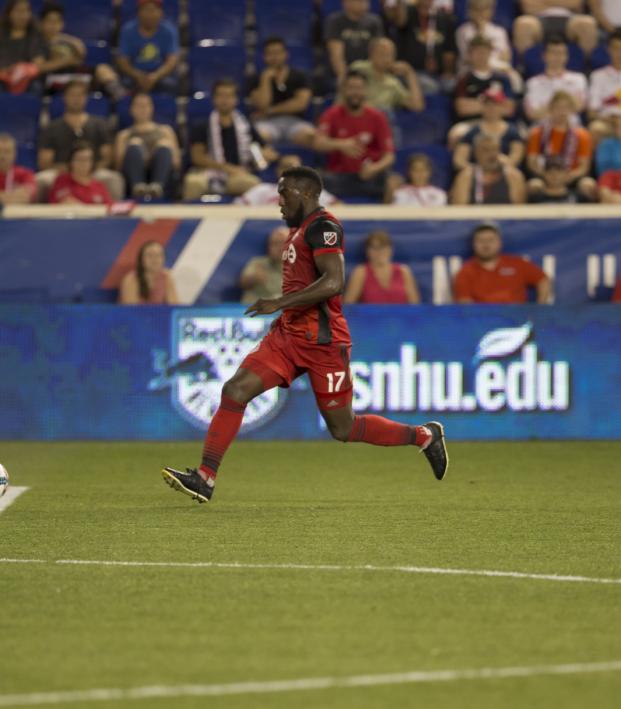 It was only 109 days ago that Toronto FC was being hailed as the greatest side in MLS history after pushing Chivas to a penalty shootout in the final of the CONCACAF Champions League. Now, TFC’s in very real danger of missing the MLS Cup Playoffs and a chance at defending its 2017 title.

On Sunday, Toronto was defeated 3-2 by Eastern Conference rivals New York City FC in front of nearly 28,000 at BMO Field. It was a massive match for the Reds and a crucial opportunity to cut into the seven-point gap that separates them from Montreal for the East’s sixth and final playoff spot.

However, the Canadian side got off to a nightmare start when Jozy Altidore hacked down Alexander Callens right in front of the linesman with the ball clearly out of play. The 28-year-old was issued a straight red card for the offense — his first since that 2017 playoff altercation with Sacha Kjlestan.

David Villa gets the opener in #TORvNYC!

That's his 8th goal in 8 appearances vs. @TorontoFC. https://t.co/pLr2OBL6AC

However, Toronto quickly equalized through their own star man, Italian Sebastian Giovinco. The strike was Giovinco’s eighth in 20 appearances.

Down a man? No problem.

We knew we were in for a fiendishly wild one when Ismael Tajouri-Shradi restored NYCFC’s first half advantage in the 36th minute.

goals on the year and counting for Ismael Tajouri-Shradi... pic.twitter.com/wYX4p4mJEA

Down a man but unperturbed, Toronto drew even via Victor Vazquez in the 51st.

Victor Vazquez finds the equalizer five minutes into the second half! #TORvNYC https://t.co/Xwn9DM05Vf

But Toronto’s heroic effort would come up short. In the 88th, Tajouri-Shradi scored his brace, and what a sensational strike it was.

The win keeps NYCFC in the thick of the Supporters’ Shield race and easing towards a playoff spot in the East. Toronto sits seven points out of sixth with only 11 games remaining.