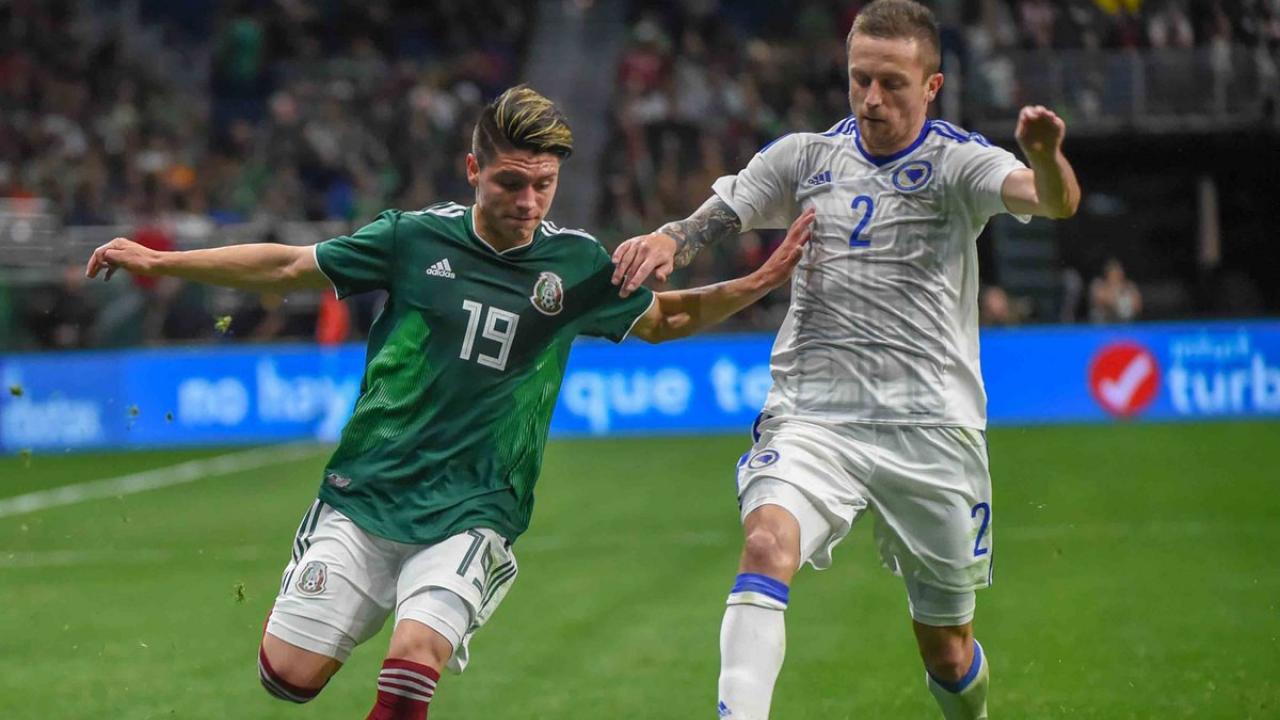 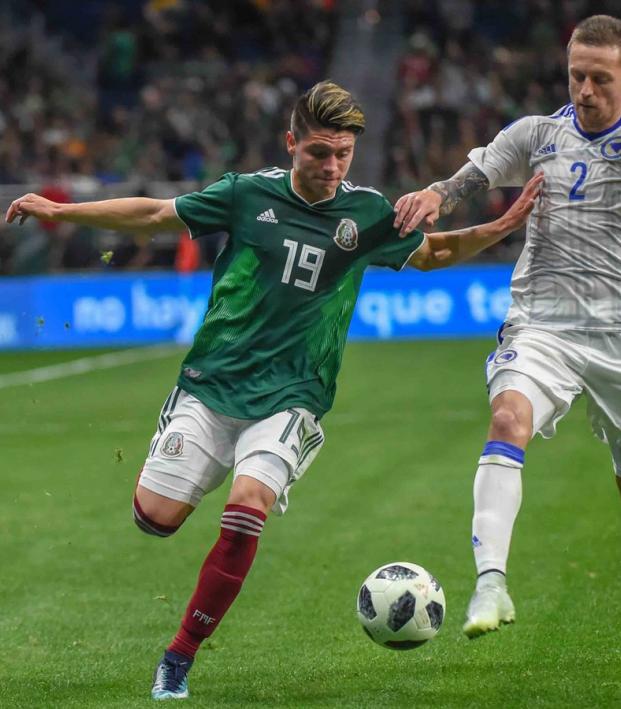 Jonathan Gonzalez Makes Solid Debut For Mexico — In The U.S.

Travis Yoesting February 1, 2018
The U.S. youth international played for El Tri for the first time against Bosnia and Herzegovina in San Antonio.

As if the Jonathan Gonzalez Mexico debut wasn’t bad enough for U.S. fans, the California native completed his switch to El Tri on U.S. soil. Gonzalez came on as a 57th-minute substitute for Elias Hernandez and didn’t look out of place as Mexico played Bosnia and Herzegovina on Wednesday evening at the Alamodome in San Antonio.

In case you’ve forgotten in the last couple weeks (or if you’re American and you’ve tried to block it from your memory), Gonzalez is an 18-year-old rising star in Liga MX with Monterrey who had appeared for the U.S. at the U-17, U-18 and U-20 levels. Everyone stateside seemed to think it was a foregone conclusion he would continue to represent the USMNT at the senior level. Until he decided to make a switch earlier this month.

The fallout was swift, with the U.S. forced into uncomfortable introspection on its stunning failure to keep Gonzalez playing for the country of his birth. On Jan. 24, FIFA cleared Gonzalez to make his one-time switch. 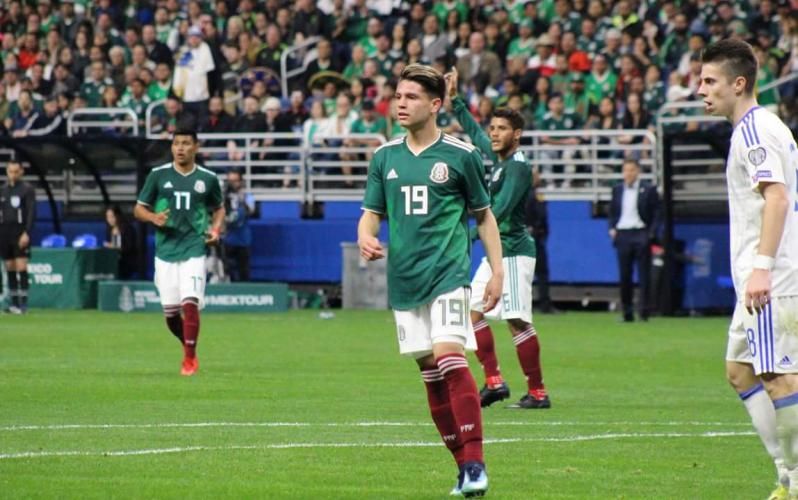 The Jonathan Gonzalez Mexico debut on Wednesday was likely the first of many caps for the 18-year-old midfielder. Photo: @soccermattersGD | Twitter

It didn’t take long for Mexico coach Juan Carlos Osorio to find playing time for the teenager; Wednesday was the perfect opportunity for the Jonathan Gonzalez Mexico debut. The match was a meaningless friendly against a decent but not great team and not on a FIFA international date, meaning Osorio played mostly domestic and MLS-based players. The exhibition allowed for six subs, making it easier to find a reason to play Gonzalez.

After a scoreless first half in which El Tri missed a number of opportunities, Gonzalez made his debut with 33 minutes left. Not long after coming on, he made a nice spin move to escape a defender before drawing a yellow card for a harsh tackle by Dino Besirovic.

Overall Gonzalez showed he can play on the international stage. While the cameo was brief, he linked up well with his teammates and showed composure and control on the ball. His one regret will be whiffing on a chance to score in the 86th minute (1:07 in the above video), but he can just pretend he was passing it along to teammate Javier Aquino, who didn’t do much better.

Gonzalez still faces an uphill battle to earn a roster spot at this summer’s World Cup — Mexico has plenty of talented midfielders at its disposal. However, his chances of playing in Russia are infinitely better now than the zero percent chance he had while he was still a U.S. player.

Mexico won the match 1-0 thanks to a Hugo Ayala header off a Jonathan dos Santos corner kick in the 65th minute. It wasn’t a pretty win, but it was a deserved victory. Mexico looked far better against Bosnia and Herzegovina than the U.S. did on Sunday.

Ultimately, the Jonathan Gonzalez Mexico debut on Wednesday in San Antonio was the culmination of a bad month for U.S. Soccer and a good one for El Tri. Now to see what the coming months bring; Mexico’s next match is a friendly against Iceland on March 23 in Gonzalez’s home state of California.