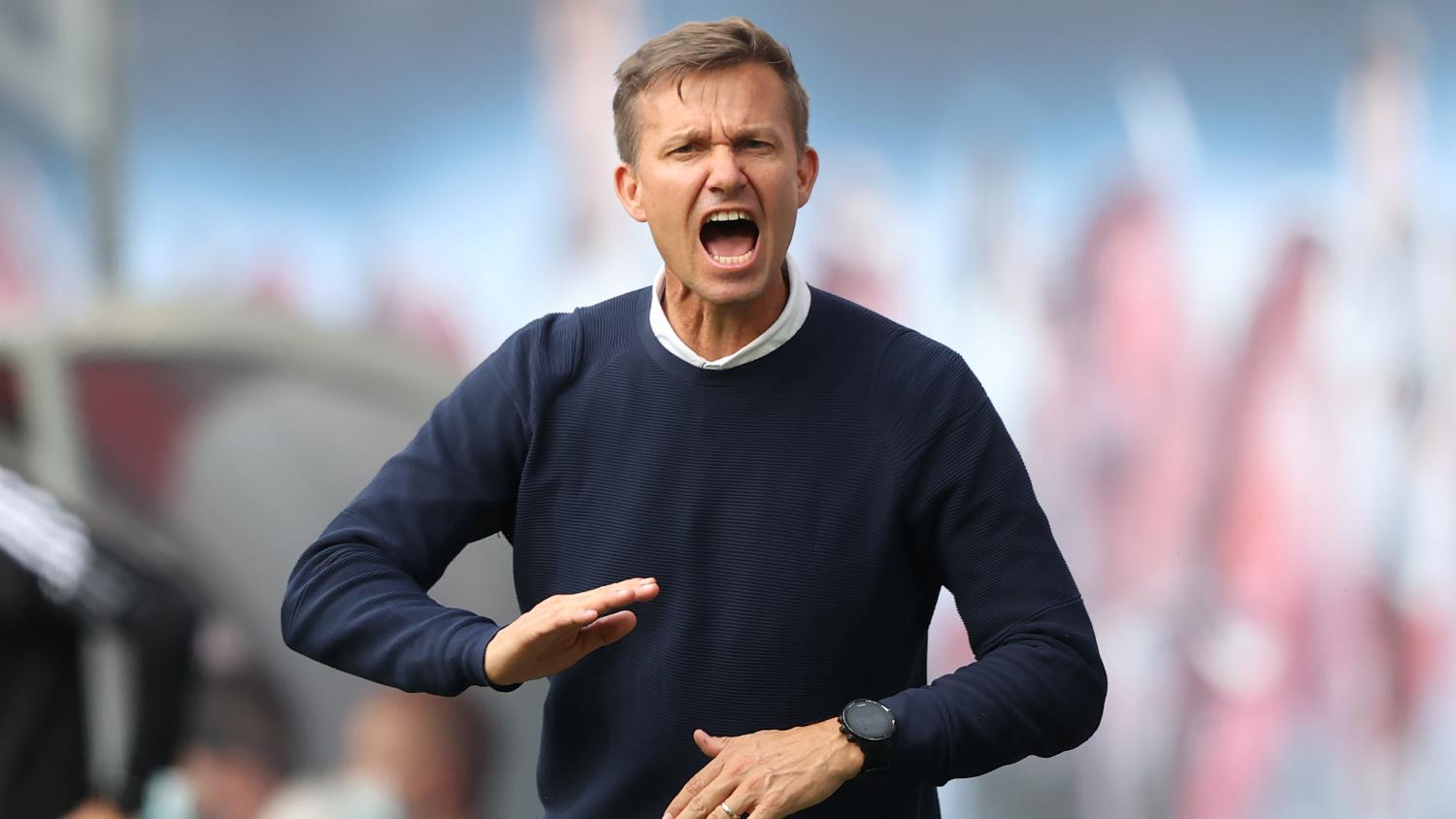 It would be fun to see Lionel Messi get triple-marked.
Getty Images

Jesse Marsch’s first season as RB Leipzig manager was always going to be full of growing pains. He had impossibly large shoes to fill in replacing Julian Nagelsmann — who led Leipzig to the 2020 Champions League semifinals, becoming the youngest-ever coach to reach that stage — and Marsch inherited a side in transition with Dayot Upamecano and Marcel Sabitzer following Nagelsmann to Bayern Munich while Ibrahima Konaté signed with Liverpool.

After losing three of four to begin Bundesliga play, Leipzig is on a four-match unbeaten streak in the league and has climbed to eighth — five points behind fourth-place Freiburg.

The club’s UCL draw couldn’t have been worse, putting it alongside both Manchester City and PSG in Group A, but the low point of Marsch’s early reign was certainly a 2-1 home defeat to Club Brugge on Matchday 2.

If Leipzig harbors any hope of staying alive in Europe — whether it’s a place in the Round of 16 or a third-place transfer to the Europa League — Die Roten Bullen need to start picking up points now.

The task is a monumental one, beginning with a trip to the Parc des Princes on Tuesday to play PSG on Matchday 3. But there’s one piece of good news for Marsch and Leipzig: Neymar has been ruled out after picking up an injury while on international duty with Brazil.

So just *checks notes* Messi and Mbappe to deal with then... https://t.co/sOYKo61uNZ

Speaking ahead of the match, Marsch jokingly — or perhaps in all seriousness — said that it might be time for Leipzig to deploy a straight backline of seven defenders.

Leipzig’s backline this season has typically been Josko Gvardiol (LB), Willi Orban (CB), Mohamed Simakan (CB) and Lukas Klostermann (RB), but the likes of Tyler Adams, Konrad Laimer and Angeliño offer Marsch a lot of versatility between midfield and defense.

“The situation in our group is simple: We need points,” Marsch said. “PSG are a great side with perhaps the best attack in the world. PSG’s attack might still be a work in progress, but we still need to be fully switched on. We need a group effort to defend aggressively and every individual needs to be fearless in one-on-ones. We also need (goalkeeper) Pete Gulácsi in top form.”

PSG will also be without the injured trio of Leandro Paredes, Sergio Ramos and Keylor Navas, while Ángel di María is suspended. However, Mauricio Pochettino says Mauro Icardi is available for selection despite the striker’s nocturnal exploits.