It Took Some Real Magic From Barcelona To Beat Jan Oblak 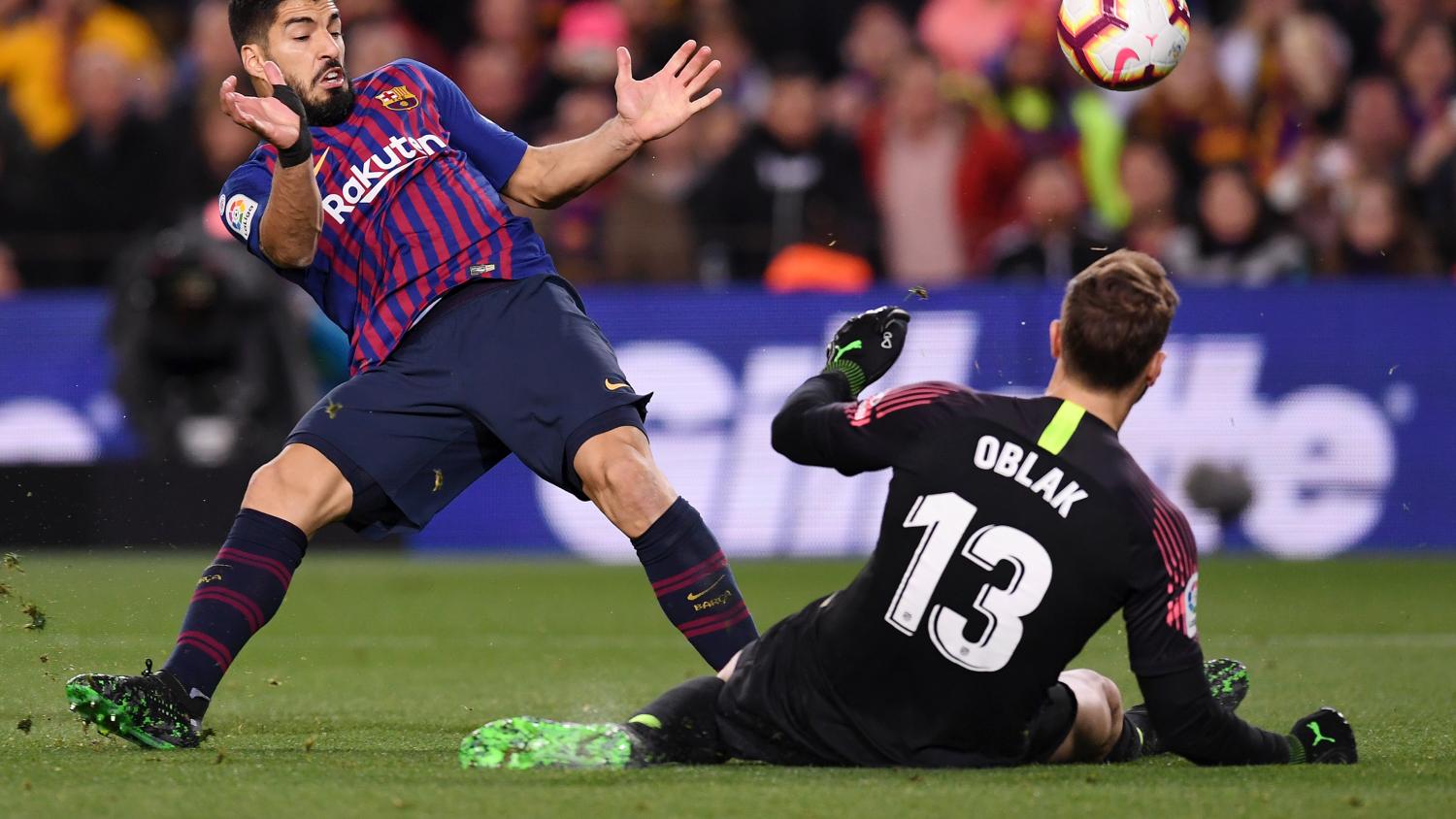 Jan Oblak is the best goalkeeper in the world right now. Period. End of discussion.

Oblak, the 26-year-old Slovenian and Atlético Madrid No. 1, put on a masterful display against Barcelona on Saturday at the Camp Nou.

But it was in vain.

Oblak was under siege all game, especially after Diego Costa was sent off for saying something really mean to the referee. Barcelona took 21 shots, 10 of which were on target. Oblak kept the first eight out, giving the visitors hope of securing at least a draw to stay in the title race.

Even before the red card, Barcelona was on the front foot. Messi made a magnificent pass to spring Jordi Alba, who beat Oblak but not the post.

Oblak was brilliant throughout the match, once again showing why he’s the most underrated goalkeeper in the world. Here he is denying Coutinho with a strong hand just before Diego Costa’s red card.

About that red card: We’re still trying to figure out what exactly Diego Costa said, but it must’ve been something pretty fierce to be shown a straight red card after what appeared to be a fairly innocuous challenge.

Oblak’s best save may have been denying Suarez with a kick save after Messi dribbled through just about the entire Atlético defense.

As the match wore on, it looked like Oblak might single-handedly keep Atleti in the title race, but it wasn’t to be.

About 60 minutes after going down to 10 men, Atlético Madrid finally conceded to a perfectly struck shot from Suarez.

It took that perfect of a strike to get past Oblak. It was the second straight match in which Suarez scored a magnificent late goal from outside the box.

With Atlético still stunning from going down, Messi made it 2-0 moments later with another classy finish, which you can’t fault Oblak for letting skip into the back of the net.

Lionel Messi is now the player with the most La Liga wins in history  pic.twitter.com/bbd28CWvuq

The title race is pretty much over now. With seven matches to play, Barcelona leads second-place Atlético Madrid by 11 points and third-place Real Madrid by 13.

But through no fault of Jan Oblak.

Jan Oblak: @atletienglish players "did their best," but it wasn't enough to hold the @FCBarcelona attack at the end of the match. #BarcaAtleti pic.twitter.com/WAd1RETDrU