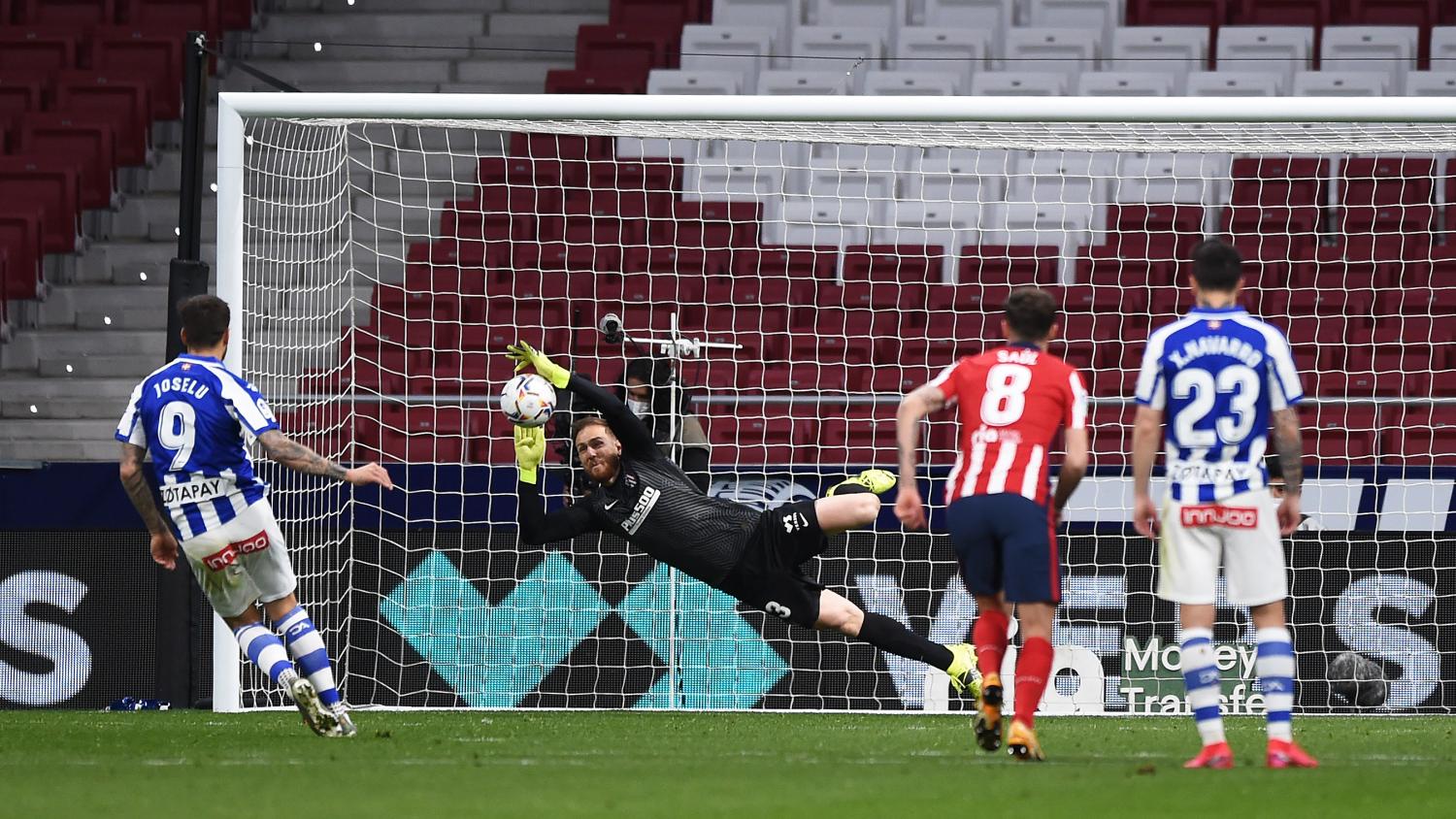 After seeing its lead at the top of the table reduced because of a goalless draw with Getafe and following that up with a Champions League elimination at the hands of Chelsea, Atlético Madrid entered Sunday’s LaLiga match against Alavés in a precarious position.

Real Madrid defeated Celta Vigo 3-1 on Saturday to momentarily close the gap at the top to just three points, while Barcelona could apply even more pressure later on Sunday against Real Sociedad by recording its fifth straight league win.

Atlético’s faltering form was evident in the first half as Joselu went close for the visitors, and Diego Simeone’s side failed to create a clear chance of their own.

But the breakthrough finally arrived in the 54th minute thanks to Luis Suárez, who registered the landmark 500th goal of his career after Kieran Trippier dimed him up despite getting clattered.

Kieran Trippier puts his body on the line to lay up LUIS SUAREZ for his 19th goal of the LaLiga campaign! #AtletiAlaves pic.twitter.com/WL8q7o2gYq

However, the three points weren’t secure until Jan Oblak stepped up to stonewall Joselu’s penalty in the 86th minute.

The win restores Atlético’s six-point lead over Real Madrid, but Barcelona could move within four points if they’re able to beat Real Sociedad at the Anoeta.