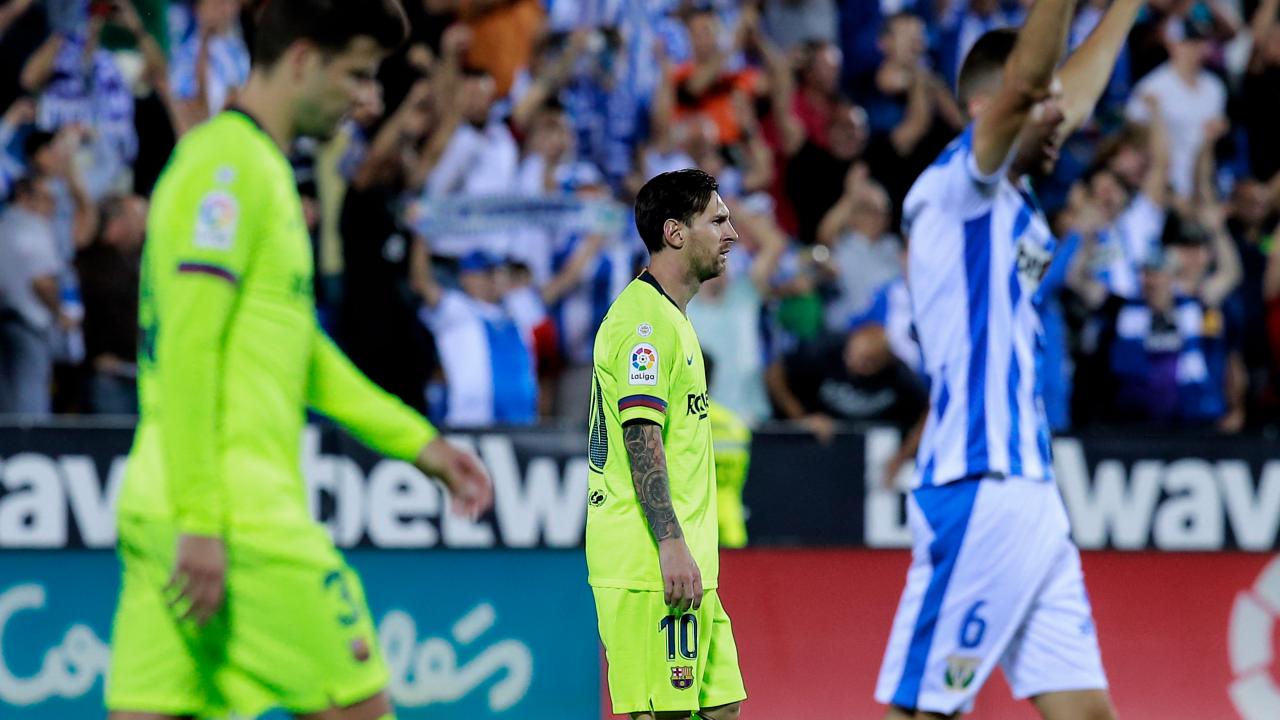 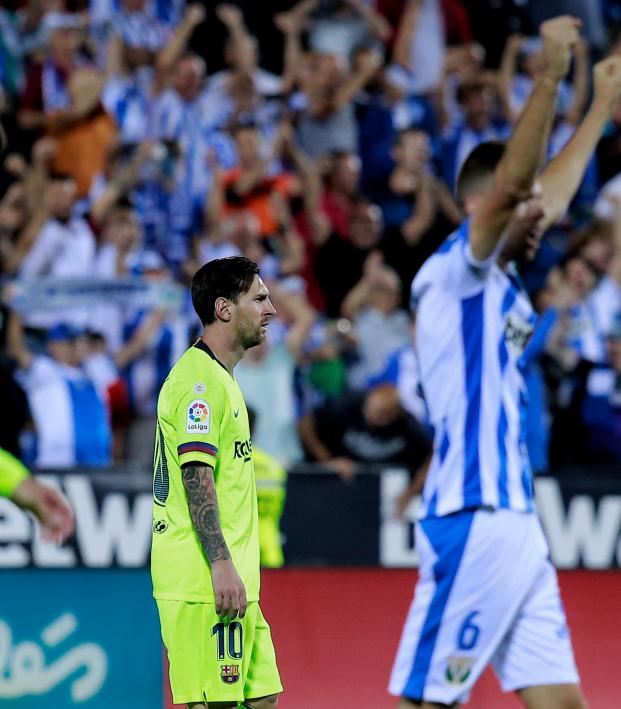 Leganés Keeper Calls Out Barcelona For Being Sore Losers

So when Leganés scored a stunning 2-1 victory over Barcelona on Wednesday, maybe we shouldn’t have been surprised the Barça stars didn’t know how to handle defeat.

“We are a humble side,” Cuéllar told Cadena Ser radio. “But I like it when people who are used to winning lose, salute the other team and say congratulations, something Barcelona did not do to any of our players.

“None of the Barcelona players came after the game to speak to us, and I think that is an ugly gesture. I don't think anyone noticed, but I wanted to say this.”

But Cuéllar wasn’t done having a go at the Barça players, making one last subtle dig while talking about all the texts he received congratulating him on the famous victory, the first ever for Leganés over Barcelona in LaLiga play.

“When I got to my locker and I picked up my mobile, it was so heated up — just like the Barça players were," he said.

Cuéllar himself was instrumental to Leganés’ victory. He made a crucial double save on Philippe Coutinho and Ivan Rakitic in the 80th minute.

How has that not gone in? Brilliant double save from Cuellar! pic.twitter.com/TIrX0c7HaJ

It was a truly surprising result for both clubs. Barcelona entered Wednesday at the top of the LaLiga table. Leganés was bottom. Barcelona had yet to lose; Leganés had yet to win.

The Blaugrana got off to an incredible start thanks to a brilliant goal through the combined efforts of Lionel Messi and Coutinho.

But Leganés came out strong in the second half and took the lead thanks to some curious defending.

What is Pique doing? #Barcelona pic.twitter.com/23KrM8OvZ2

It wasn’t quite as bad as Auston Trusty on Wednesday night, but what the hell Piqué?

It’s a shame the Barcelona players were not more gracious in defeat. Yes, showing sportsmanship is not always the easiest thing to do after a heated match, but these are professionals at the top of their game who should know when to congratulate the other side on a match well played.

That said, if I had just lost a match of FIFA because my center back decided to pass to the other team instead of hoof the ball clear, I might throw my controller through a TV. Not my TV though, that's just nuts.