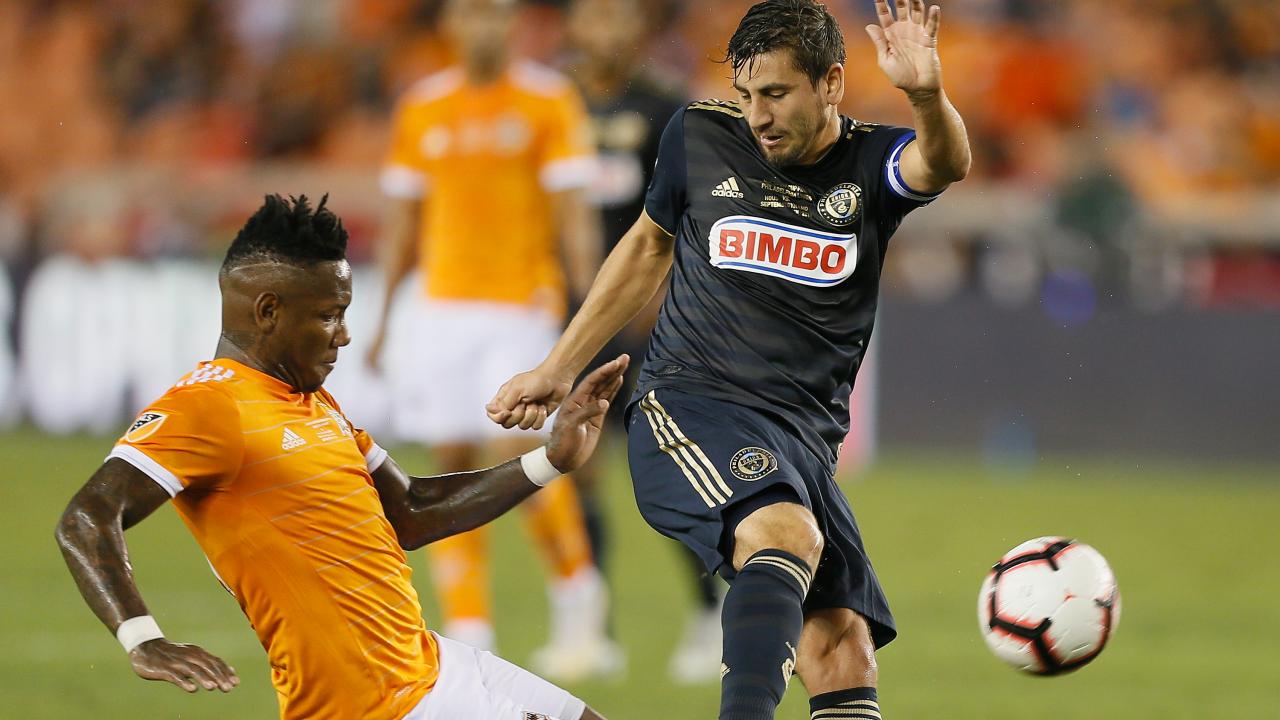 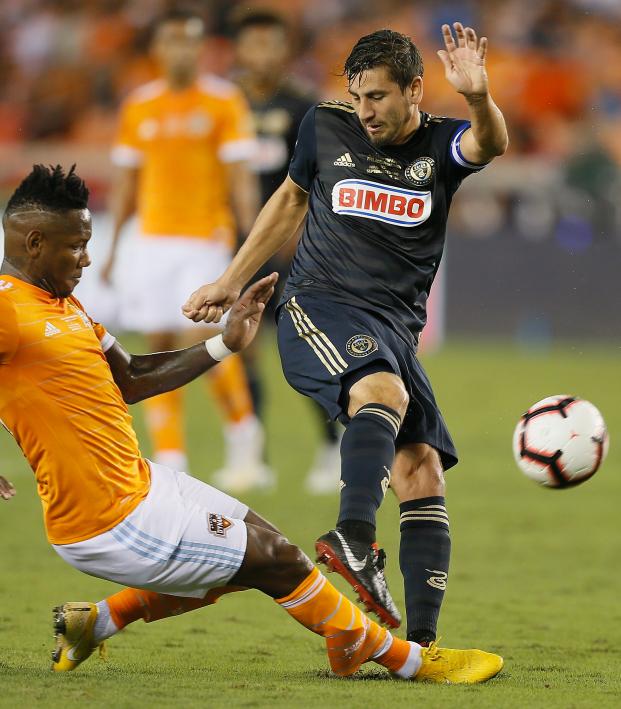 Travis Yoesting September 26, 2018
The Dynamo haven't had a good season, but they’ll represent MLS in next year’s Concacaf Champions League.

The Houston Dynamo had a dream start in the U.S. Open Cup final thanks to Mauro Manotas. They had a dream finish thanks to the Philadelphia Union's Auston Trusty.

Manotas scored two goals in the first half and Trusty shockingly smashed the ball into the back of his own net as the Dynamo won their first U.S. Open Cup 3-0 on Wednesday at BBVA Compass Stadium in Houston.

Philadelphia lost its third U.S. Open Cup final in five seasons, having lost to Seattle in 2014 and Sporting KC in 2015. The Union were the home team for both of those matches but had to hit the road Wednesday hoping things would finally be different. The Dynamo were able to play every U.S. Open Cup match at home through a fortuitous bit of scheduling.

After a blazing start through Manotas, the Union shot themselves in the foot with one of the most outrageous own goals you’ll ever seen.

That ol' sinking feeling. @austheboss3 has been outstanding throughout #USOC2018, but he'll want to forget the moment he put through his own net to give @HoustonDynamo a 3-0 lead in the @opencup Final. pic.twitter.com/NWa3Nhy0zz

It was a great finish, just in the wrong goal.

Trusty’s own goal made it 3-0 with 25 minutes to play and essentially ended the match, sending the Dynamo to the Concacaf Champions League despite being one of the poorest (both in terms of results and squad value) clubs in MLS. The Dynamo haven’t competed in the Champions League since the 2009-10 season.

Prior to the Union defense forgetting which goal to defend, the U.S. Open Cup final was all about Manotas, who now has 20 goals in all competitions, a club record.

The U.S. Open Cup Golden Boot winner with six goals gave the Dynamo a lead in the fourth minute.

Moments after Fabrice Picault had a goal called back for offside on the other end, Alberth Elis was able to get in behind the Union defense and pick out a pass to Manotas, who knelt down to head in the opening goal.

Philadelphia responded well, creating a number of chances and dominating possession for the next 20 minutes.

The Dynamo went up 2-0 in the 25th minute with a brilliant solo run, smashing a low shot off the far post.

Past one, then two...then goal. @MauroManotas19 of @HoustonDynamo makes it look easy against @PhilaUnion in the #USOC2018 Final. His second of the night makes it 2-0. pic.twitter.com/5pQUNkXOaJ

Again in the second half the Union controlled the tempo and racked up plenty of looks at goal, but on one of Houston’s rare forays forward, Trusty put the game out of reach with the own goal.

The trophy was the Dynamo’s first since winning back-to-back MLS Cup championships in their first two seasons in Houston in 2006 and 2007. The U.S. Open Cup is a lone bright spot in a season that never lived up to expectations. Houston beat Atlanta United 4-0 in the season opener but is currently in 10th in the Western Conference, well out of position for the playofs.

The U.S. Open Cup final was a matchup of two cities who have found ultimate success in other sports in the past year. The Houston Astros won the World Series last fall and the Philadelphia Eagles won the Super Bowl earlier this year.