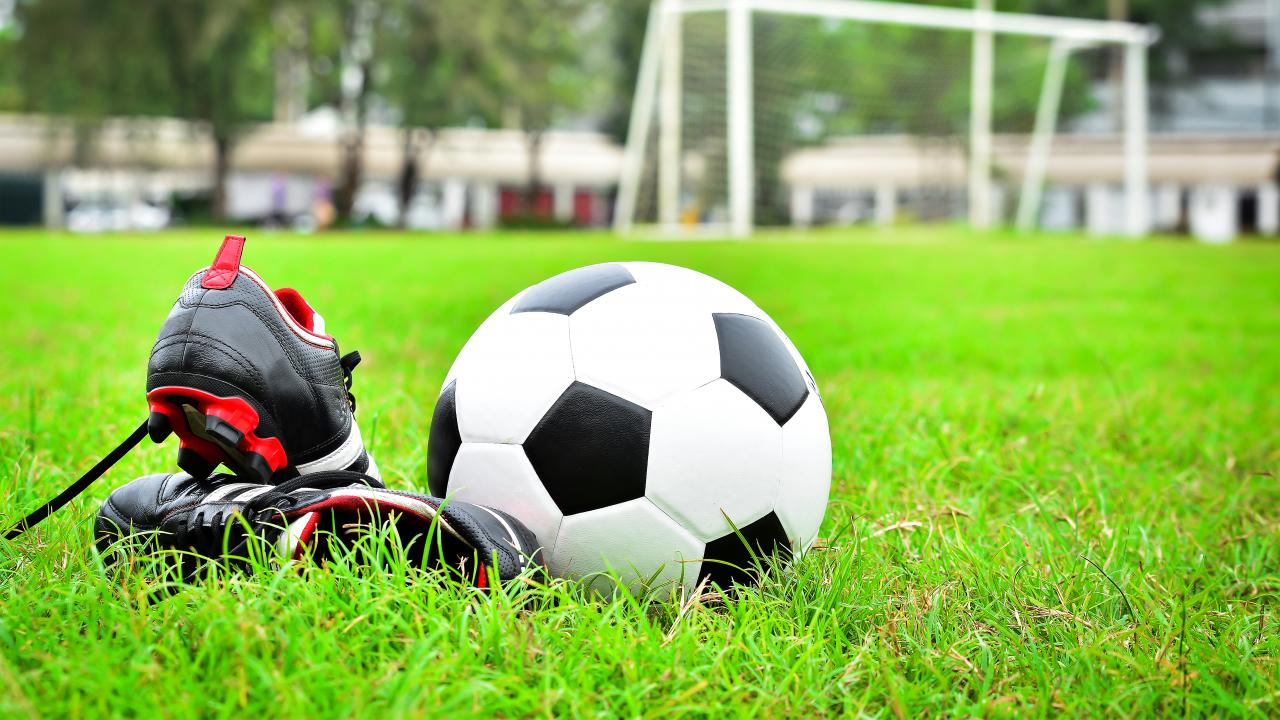 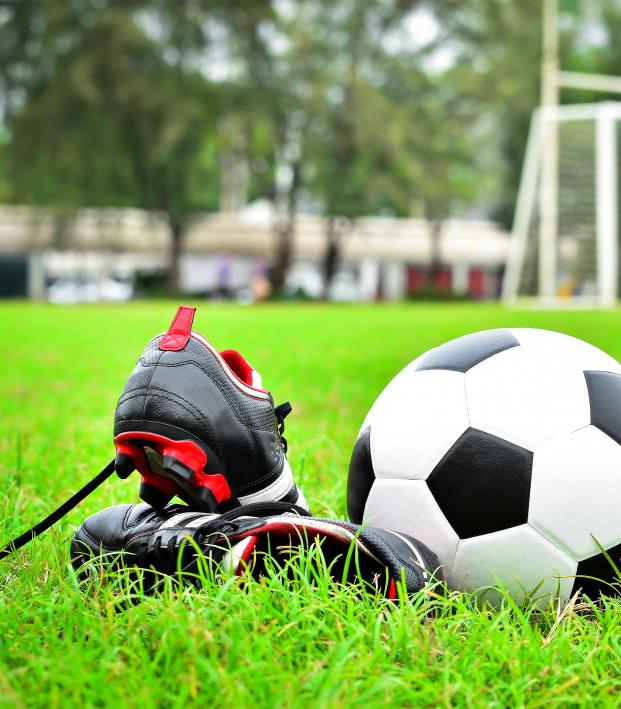 Travis Yoesting December 10, 2019
Founded by Jim and Mary Frank, It Starts With The Shoes is a counter to the biggest problem in U.S. soccer.

When Jim Frank first started volunteering as a Withrow High School soccer coach in Cincinnati, he and head coach Tyler Barrott had to base their substitution pattern on the players’ shoe size.

The soccer program had 40 players, almost all international students and most of them refugees, but only 23 pairs of cleats.

“The disdain or pity on our opponents’ faces as we had to take the time to remove shoes and shin guards during substitutions was the emotional ‘aha’ moment that told me that I needed to do more than just coach these players,” Frank said.

And thus, It Starts With The Shoes was born. 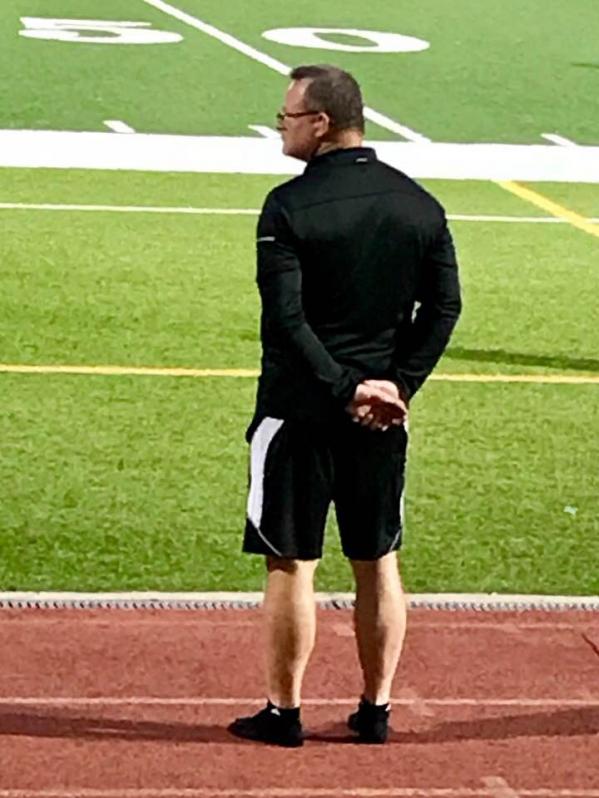 Jim Frank coaches without shoes, having given his up to a Congolese player so she could compete in her first soccer game for Withrow High School. Photo courtesy Patty Dorger Green.

In a recent GQ Italy article, Zlatan Ibrahimovic blasted the pay-to-play model of soccer in the United States, where he had to pay thousands of dollars for each of his sons to play soccer while in America.

The story struck quite a nerve with The18’s audience, garnering more than 350 comments and 1,200 shares on Facebook in less than 24 hours. It’s on pace to be our highest-traffic story of the month.

I, being a little snarky, ended the article by asking when anyone will do something about the pay-to-play quandary.

But the truth is a myriad of people and groups endeavor every day to do something about it.

The pay-to-play problem is still systemic, one that must be tackled at the top and across all levels. But at the grassroots level there is a will to overcome the endemic financial obstacles young soccer players face in America.

One such fighter is Jim Frank, who founded It Starts With The Shoes, a non-profit in Cincinnati, Ohio. There are others, such as Michael Hitchcock, the former GM of FC Dallas who now owns the Fort Worth Vaqueros of the NPSL and started an elite youth academy in the Metroplex that’s totally free. Portland Community Football Club provides high-quality playing experiences for underserved youths in Portland, Oregon, and was one of the first youth clubs to openly accept LGBTQ+ players, families, coaches and volunteers.

Frank, who played for the Ohio State club soccer team, joined the Withrow soccer team’s coaching staff in 2014. The soccer team had just one coach at the time, 24-year-old Barrott, and relied on ELL program manager Maria Hildago to recruit players to the team.

Withrow was at an immediate disadvantage on the pitch. Playing in the competitive Eastern Cincinnati Conference, nearby rival schools had household incomes nearly five times that of Withrow households. To make matters worse, Withrow often rented out its field to club teams, who then were given priority use of the field at certain times.

“Gone are the days of neighborhood sports teams, therefore teams require transportation to assemble all of their players to one location to practice,” Frank said. “Transportation is the biggest hurdle for those without surplus income. With America’s dependence on the automobile, this further alienates participation in sports from those with limited transportation options.”

Frank would offer free summer clinics, but with a three-hour round-trip bus ride required for a two-hour practice, it was often hard to even field an entire team of players, let alone have a full scrimmage.

But the biggest problem was a lack of equipment for a team of players from 15 different countries around the world.

One season, Withrow started with a 4-2 record with players sporting used shoes that had been donated, but finished 1-5-1 as the worn-out cleats created unnecessary stress on the players’ lower extremities. While an offseason conditioning program helped, there was a clear need.

That’s where Jim and his wife, Mary, stepped in with the creation of the non-profit It Starts With The Shoes.

It Starts With The Shoes is now actively involved in the community, helping provide footwear for young soccer players who otherwise would be unable to afford new cleats.

While one program won’t solve America’s soccer problem, it’s impossible to downplay the effect it has on those it can help. As for the pay-to-play model prevalent in the U.S., Frank has his own thoughts.

“For U.S. Soccer to find athletes to compete in the world market, they must reach deeper into the talent pool,” Frank said. “For every Christian Pulisic whose family paid his way to play, there are probably more immigrants on the streets of America like Zlatan Ibrahimovic was in Sweden who would have played for their local club team like Zlatan’s Malmo FF if local clubs were developed and offered in America.

“U.S. Soccer needs to fully subsidize urban clubs in healthy soccer markets with large urban populations such as Cincinnati and St. Louis to find and develop these players.”

For an example of where to start, Frank said U.S. Soccer should partner with FC Cincinnati, which funds the West End Soccer Club, an urban inner-city club, to further develop the program.

As for what the average person can do, organizations like It Starts With The Shoes provide the most immediate impact to combat the pay-to-play model that pervades soccer in the U.S.

Despite its enormous size and capital, the U.S. Soccer Federation provided a mere 565 scholarships at an average of $1,500 per player during the 2018-19 season. Ibrahimovic paid $3,500 per year for each of his children to play soccer while living in Los Angeles. Local, grassroots programs, then, are the ones making the biggest difference across the country.

“Unfortunately, big programs have big overhead so very little of the money donated to makes it down to the individuals,” Frank said. “For people to help, they should find local charities like It Starts With The Shoes, Inc., or other charities whose boards are strictly volunteers.”

So if you’re feeling charitable this holiday season, feel free to stop by the GoFundMe page for It Starts With The Shoes. Or better yet, find a soccer non-profit in your area that is actively working to make soccer a more egalitarian sport in a country where soccer is too often dominated by who has the most money.