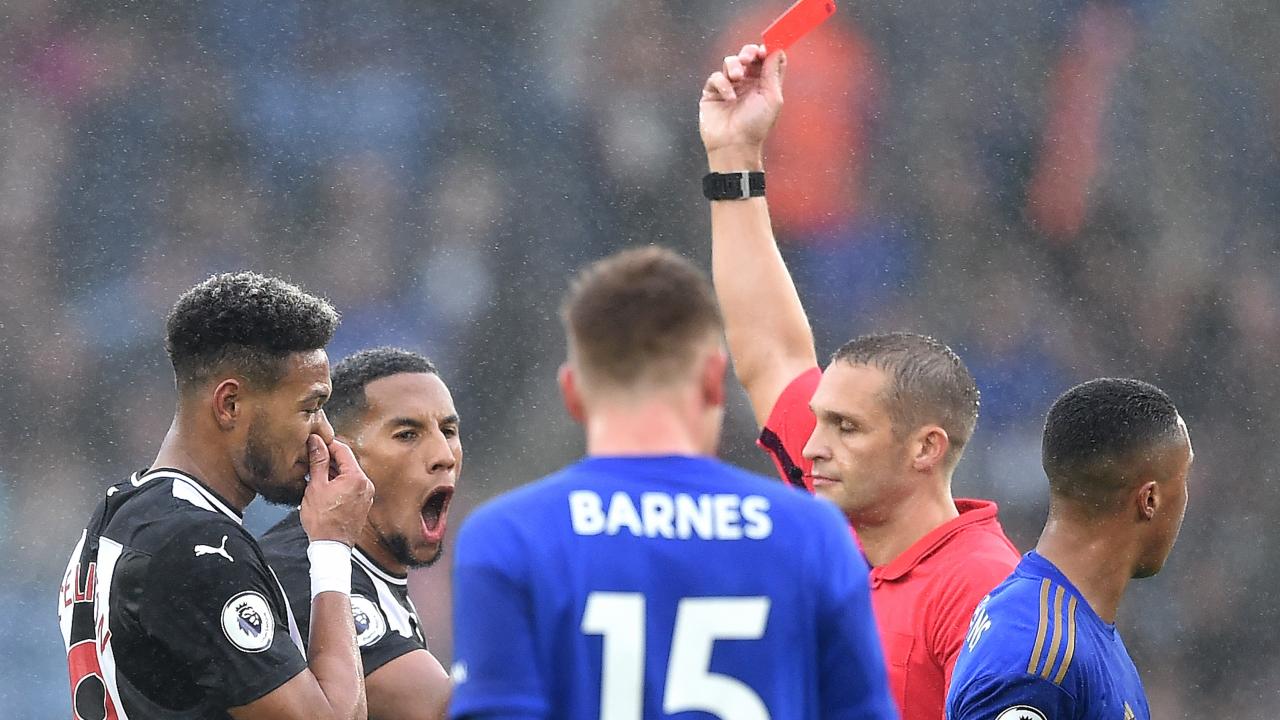 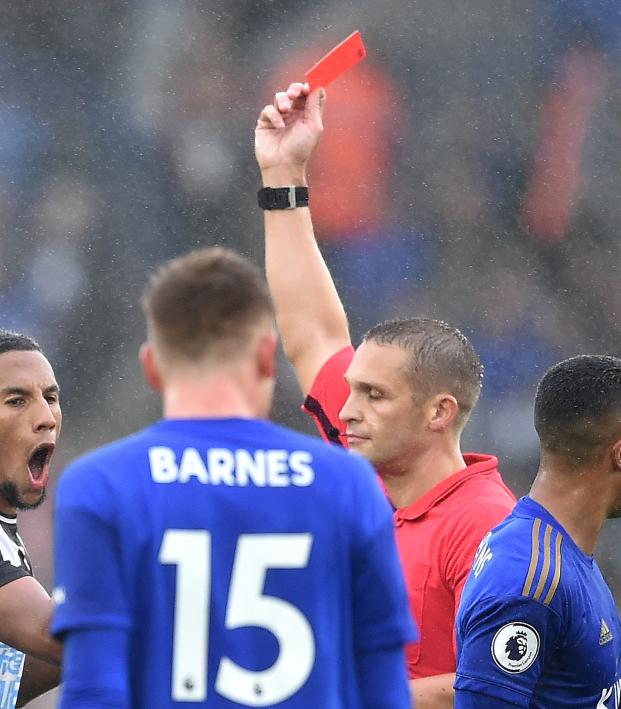 Leicester City was probably going to win anyway on Sunday at home to Newcastle, but an Isaac Hayden red card just before halftime all but ensured three points at the King Power Stadium.

Ricardo Pereira opened the scoring with a glorious solo run and Jamie Vardy netted twice as the Foxes ran away as 5-0 winners, jumping up to third place in the Premier League table.

Aside from the return of U.S. international DeAndre Yedlin from a long injury layoff, there was little to cheer for from Newcastle fans, and plenty to be angered about from their own players, in particular Hayden.

Hayden made an awful challenge in the 43rd minute to be shown an immediate red card. No one could complain about the straight red, even when watching in full speed. In slow motion, it looked even worse, and it’s a wonder Dennis Praet was even able to continue to play.

But the worst part of the Isaac Hayden red card was what he did afterward: protest the ref’s decision and claim innocence.

This back angle of the Isaac Hayden red card really shows how scary of a challenge it was.

After being shown red, Hayden put his hands on his head in disbelief, an odd reaction after his cleats bent Praet’s ankle back at unnatural angles. He continued to argue with the referee, even after his teammates initially pushed him away. Even as he walked off the pitch, he waved his arms in protested claims of innocence.

Yes, Hayden got ball first, but when you go into a challenge with that much force and smash into another player’s leg with your studs out, you absolutely deserve red and there can be no complaints.

For those who believe in karma, Sunday’s match will provide evidence: Leicester City went on to score four more goals. Here are the highlights.

A man on his back, from the byline, how does @Vardy7 score from there?!

Leicester lead on NBCSN! Stream the rest of the match here: https://t.co/mj9L3p8lZj pic.twitter.com/eeYAH7j0IC

What exactly do you think Steve Bruce said to him as he returns to action 4-0 down? pic.twitter.com/sSGCHpot1N