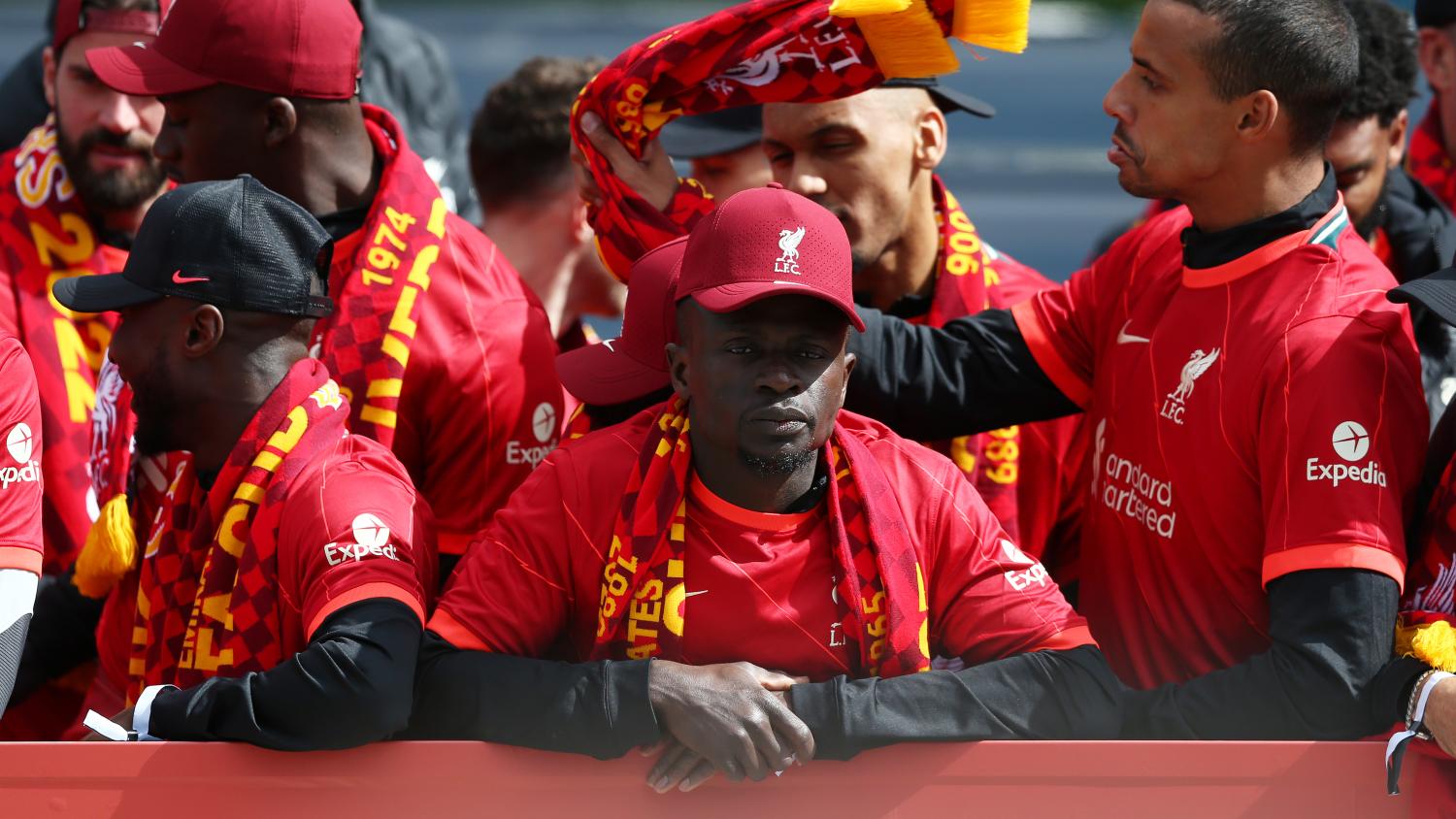 The 30-year-old is expected to join Bayern Munich this summer.
Getty Images

If there's one image that perfectly captures Liverpool's exhilarating 2021-22 campaign and its bitterly disappointing end, it's Sunday's photo of Sadio Mané caught in a thousand-yard stare while "celebrating" the club's FA Cup and EFL Cup double.

Of course those two trophies were secured first as Liverpool attempted its historic quest at the quadruple, but Manchester City's unbelievable comeback against Aston Villa was the end of the Premier League dream and Saturday's Champions League final defeat at the hands of Real Madrid was just as crushing.

Like his Liverpool team, Mané delighted and entertained all campaign with 23 goals and five assists across all competitions. He took on the role of creator in the UCL final — leading all players in both key passes (four) and dribbles (three) — but Liverpool's breakthrough never arrived.

Speculation was rife over the Senegalese winger's future with his current contract set to expire next summer, and now multiple sources are reporting that Mané informed his teammates of his decision after the final: He's set to end his six-year stay at Anfield with Bayern Munich reportedly leading the race to sign him.

Mané transferred from Southampton for $43 million in 2016 and Liverpool now wants a similar fee for the 2019 African Footballer of the Year.

Sadio Mané has decided to leave Liverpool this summer #LFC

He’s ready for a new experience after many special years with Reds - it will be confirmed to the club.

FC Bayern are strong contenders - but it’s still open and not completed as Sadio wanted to wait for the final. pic.twitter.com/hr6R5NmuZ0