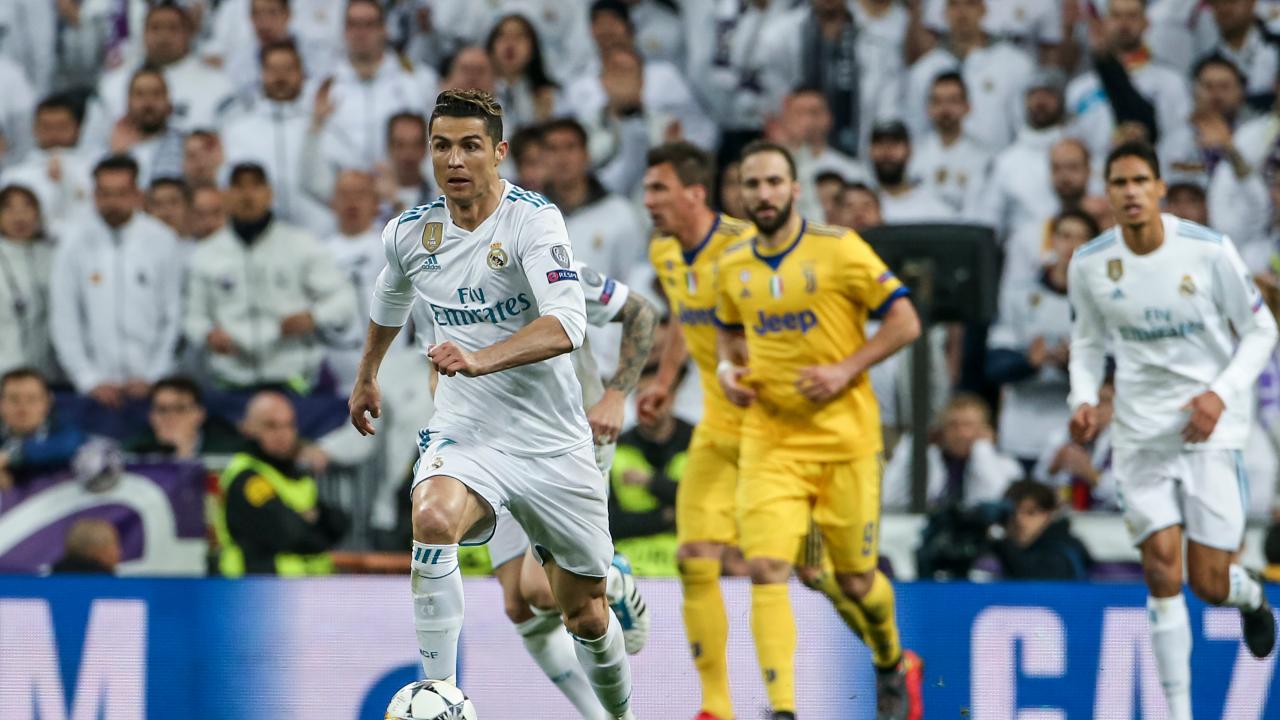 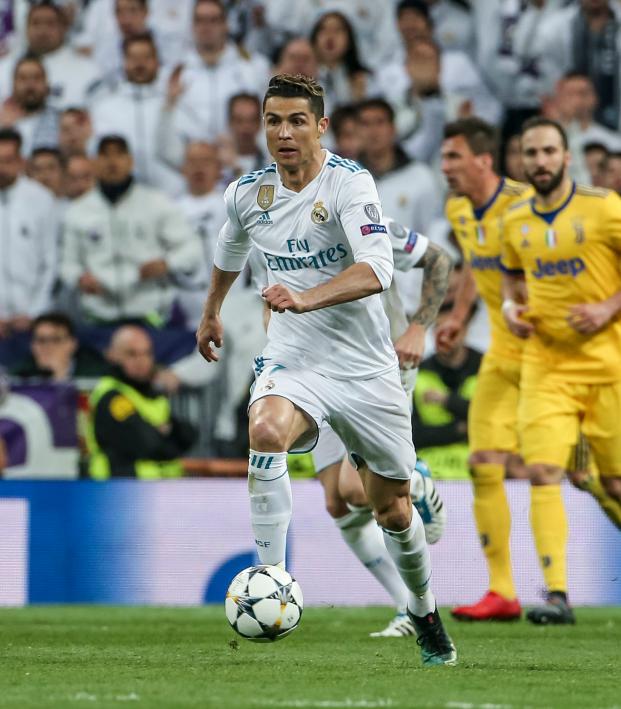 Is Ronaldo To Juventus Real?

Huw Thomas July 6, 2018
As Ronaldo to Juventus gathers pace, we look at why this transfer might be more than just rumors.

Every single front page in Italy right now screams Cristiano Ronaldo to Juventus. Sure, they don’t have a World Cup to care about, but this is big news. It’s been a long time since a Serie A team made a real blockbuster signing and players don’t come much bigger than Cristiano Ronaldo. But is there any truth to the rumor? Could CR7 really move to Italy?

A week ago, no one really took any Ronaldo transfer rumors seriously. Portugal was facing a World Cup exit at the hands of Uruguay and there were plenty of other things to write about. But then the stories began to gain traction.

It’s important to note where the rumors appeared. It seems they sprung up in the Portuguese press and Marca, the Madrid-based sports daily, simultaneously. That means the journalists were likely connected to the club, Real Madrid, and Ronaldo’s agent, Jorge Mendes.

It seemed, perhaps, Ronaldo was angling for a new and improved contract. This isn’t the first time he’s been linked with a move away when he wants a pay bump. But the stories gained traction in the Italian press. In recent days, Gianluca Di Marzio (one of Italian Sky Sport’s most reliable journalists) reported the structure of a deal is in place. Even a friend of Ronaldo’s admitted he might be seeking a new challenge.

As well as this, Real Madrid has been remarkably quiet. They’ve already released official statements this summer saying they are definitively not pursuing either Neymar or Kylian Mbappe. But they’ve been silent on the issue of Ronaldo to Juventus.

Even if these stories aren’t true (or if the deal collapses), it does seem to indicate there is a willingness on the part of Real Madrid to do a deal for one of its greatest ever players. If not Juventus, then perhaps Manchester United could rekindle its interest, or even PSG might make a move. The stories establish the selling price of the player and the wages he might demand. It could be construed as the selling club setting the terms of a sale.

If Ronaldo to Juventus collapses, then it’s looking more likely than ever the Portuguese might leave. But why would Real Madrid want to sell?

Barely three months ago, Ronaldo was crucial in winning Madrid its third Champions League in a row. He scored a remarkable bicycle kick in the semifinals (against Juventus, coincidently) and scored plenty of goals after a slow start to the season. For all intents and purposes, he was the Ballon d’Or winner-elect and (in his mind at least), the best player in the world at the biggest club in the world.

But he isn’t getting any younger. Ronaldo is 33 and it is tough to build a team around a star in the twilight of his career. The exit of Zinedine Zidane might have indicated the manager could see the side was in desperate need of a rebuild in the coming years and might need to settle for a few fallow seasons until a new personality emerges. Not thinking himself the person to guide them through that, he jumped ship.

Additionally, their team is getting old. Ronaldo, Luka Modric, Sergio Ramos, Karim Benzema and Marcelo are all past 30 and all start regularly in the best Real Madrid XI. As evidenced by recent seasons, it’s a struggle for these players to compete on every front and younger, fresher faces will soon be needed.

Added to that, Madrid hasn’t made a superstar signing since they splurged on Gareth Bale and James Rodriguez in consecutive summers. The club that invented the Galacticos policy has switched instead to making clever, opportunistic signings and bolstering the squad with the finest young Spanish talents they can buy.

These young signings do not often excite the press, though they have managed to succeed far beyond anybody’s expectations. By now, Florentino Perez might have an itchy trigger finger and has always loved purchasing the best player at the World Cup. He might be viewing Harry Kane or any number of other superstars as being the ideal Ronaldo replacement. It may be that Madrid wants to recapture the headlines in an age when it is comfortably outspent by PSG and the Manchester clubs.

Thus, shipping out Ronaldo now will not only bring in a decent transfer fee but will free up a huge chunk of the wage budget. It will also allow Madrid to craft a new identity that is not based entirely around getting the ball to Ronaldo. There’s no one player in the world who could replace him, but spending his wages on a few excellent players could rejuvenate the squad.

As glorious as his time in Madrid has been, all things must come to an end and this — at last — feels like the time when Real Madrid is willing to part ways with Cristiano Ronaldo, nine years after signing him.

But just as important as wondering why Madrid would sell is wondering how Juventus will be able to afford such a purchase. In recent years, the Italian champions have been a tremendously well-run club. They have made astute signings, which have not only bolstered the team but have weakened rivals.

This is true of this current summer, too. They signed Emre Can on a free from Liverpool and poached João Cancelo from under Inter’s noses. He spent a successful season on loan in Milan last season, emerging as the best right back in Serie A. With all these sensible buys, why would they suddenly switch lanes and spend vast sums on Ronaldo’s transfer fee and wages?

Juventus’s record transfer is Gonzao Higuain for €94 million ($110 million) in the summer it sold Paul Pogba for an even greater sum. This was part of a push to win the Champions League. After winning a succession of domestic titles, it’s no secret Juventus is desperate for European glory. Who better to bring the big-eared trophy home than the man who has won it three years in a row?

There will be exits at Juventus, too. Already, there are rumors linking Higuain and Daniele Rugani with moves to Chelsea. They have a multitude of squad players who could be shown the exit door in order to raise funds.

More difficult, however, is the wages. There is talk of the Italian automotive giant FIAT (owned by the same family who owns Juventus) creating a special sponsorship deal for the Portuguese. This might prick the ears of those in the Financial Fair Play department of UEFA, though there are few better clubs when it comes to clever accounting than Juventus.

Besides, it’s not just the European Cup that Juventus is looking to conquer. In terms of prize money and TV rights deals, they’re pretty much maxed out earnings wise. They fill their stadium every week and have a healthy revenue stream from almost every source. The one area in which they’re lacking is commercial deals. This is where they lag behind the big British clubs and the Spanish giants.

Signing a player such as Ronaldo will help them to increase their commercial revenues and grow the club. Even in the days since the rumors emerged, the club’s stock price has rocketed. How much more will Netflix be willing to pay to film behind the scenes now that Ronaldo is involved? It’s not quite the same old story as the idea of players paying for their fees in shirt sales (a common myth) but the boost to Juventus’ global reach and the willingness of brands to throw money at anything with Ronaldo’s face on it will go a long way to justifying his signing.

So, on pretty much all fronts, it looks like a deal is ready to be made. The only remaining question is: Where would Ronaldo fit in at Juventus?

It’s not a difficult question to answer. Not only is the coach, Massimiliano Allegri, adept at fitting his various players into a formation designed to get the best out of them, but he will not have to make too many adjustments. Mario Mandzukic and Karim Benzema are very different players in a lot of ways, but they do fit the same archetype: that of an unselfish striker who is able to act as a foil for a strike partner. Playing Ronaldo and the Croatian in a two up top with Paulo Dybala tucked in behind would be formidable.

Likewise, Ronaldo could be moved back out to the left wing with Douglas Costa playing on the opposite flank with Higuaín (should he stay) through the middle. The Argentine played with Ronaldo for years at Madrid, so they should be able to rebuild their relationship quickly.

Of course, with a strong midfield and defense behind them, Ronaldo will have plenty of time to fit into the team. Given Juventus’ sheer dominance in Serie A, he will have plenty of games against smaller teams to adjust and find his best place in the side. Alternatively, Allegri might elect to rest the superstar signing for games against Frosinone and Empoli and play him solely in Europe. That’s the aim, after all.

Right now, it looks like Ronaldo to Juventus could happen. It makes a huge amount of sense from almost every angle. As well as that, it seems as though all the individual parties are hoping to make it happen. The move will bring a huge amount of attention to the league and will represent a landmark moment when Italian sides (or more precisely, just Juventus) are able to make important waves in the transfer market. This could be the start of a very, very interesting Serie A season.