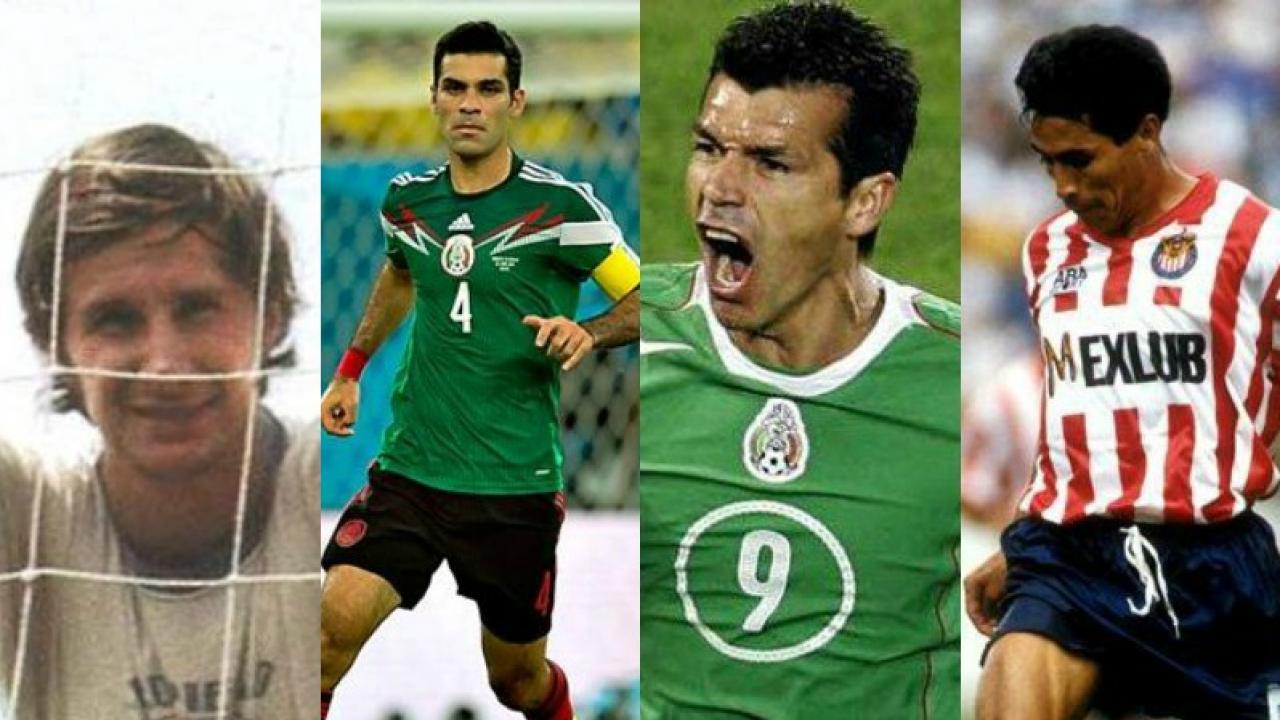 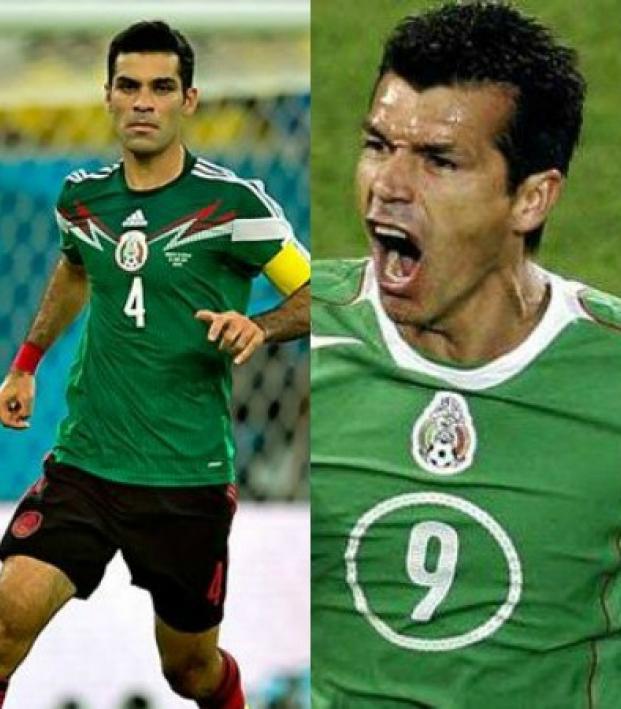 Imagine These Legends Of Mexican Soccer Taking The Field Today

Felipe Vieyra March 9, 2015
The risk-taker, the trendsetter, the impassable, these are the players that etched their names into the history of Mexican soccer. Put together, would there be any team that could stop them?

If only Miguel Herrera, current El Tri coach, could have lined-up his squad with players of Mexico’s past. Imagine El Niño de Oro, Hugo Sanchez lining up with Jared Borgetti in attack. Former Barcelona defender Rafa Marquez breaking up attacks before they ever made it to the great Jorge Campos. This team would have finally quenched El Tri fans insatiable thirst for glory. There hardly would have been an international team that could have stopped them.

Unfortunately for players like Benjamin Galindo and Cuauhtémoc Blanco, for all their individual talent, their teammates at the time couldn’t compare. With every individual achievement that these legends achieved, Mexico fans were always left wanting more, but their individual achievements and skills weren’t enough to lead Mexico to soccer’s most prestigious trophy: a World Cup.  Regardless, they left their mark on Mexican soccer and current players like Chicharito and Giovani Dos Santos hope to do the same.

At The18, we’ve decided to put together a team that includes all the top amazing talent that Mexico has produced over the years. We believe that these 11 players put together would have finally led Mexico to a World Cup. Their individual skills and abilities would have complemented each other and would have led to more than a few goals against any team. This team would have been on fire both against teams in CONCACAF and against teams in Europe. 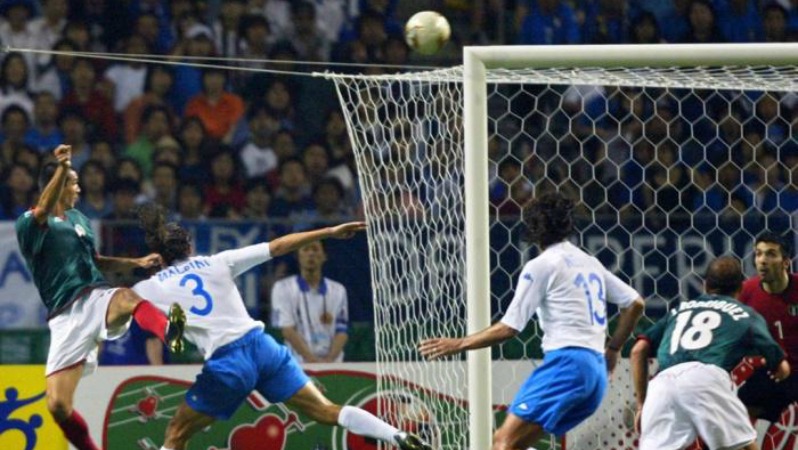 Borgetti is one of the most well-known soccer players in Mexican history. He’s known for his heading ability and is the all-time goal scorer for Mexico with 46 goals. The man from Sinaloa had a successful club career as well, playing with many teams from Mexico but he’s also the first Mexican to sign for a Premier League team, Bolton Wanderers. His goal scoring record for Mexico makes him a living legend, and he’s an obvious choice for our offensive line. 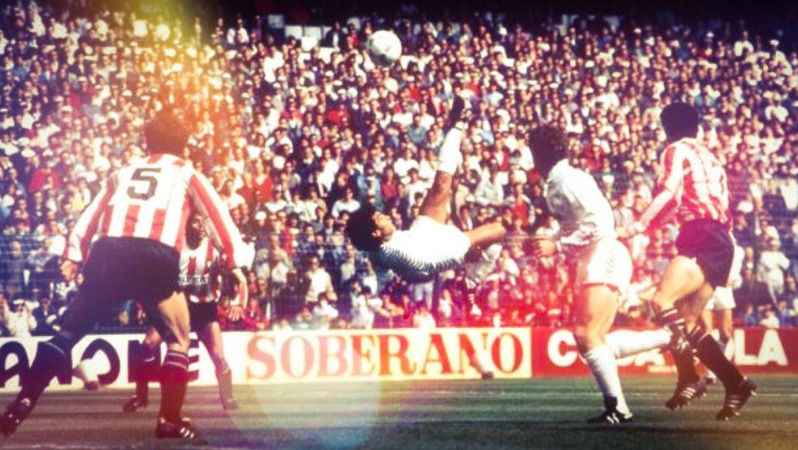 Hugo Sanchez made a name for himself in Spain with Real Madrid. He was an incredible player, a risk-taker in the air – well known for his overhead kicks. He is arguably Mexico’s most successful player. Few Mexican players that have gone abroad have had as much success as he did. Hugo Sanchez won the Pichichi award 5 times and was named in Real Madrid’s all-time greatest XI. He is definitely a Mexican great. 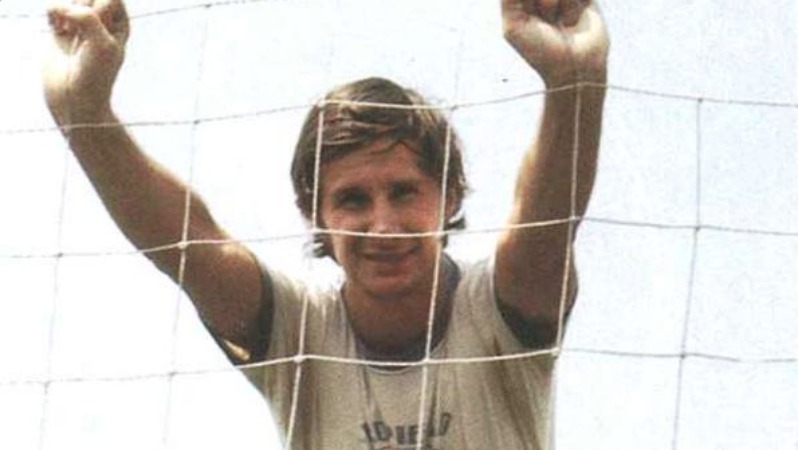 Borja made his presence known in Mexican soccer with Los Pumas. He debuted for UNAM at the young age of 19.  His brilliance in front of goal led him to receive a call up to the national team where he played 65 games and scored 31 goals, a great number that puts the striker in 6th of Mexico’s all-time goal scorers. He lit up the late 60’s and 70’s with his feats in front of goal, scoring 255 goals overall in the Mexican league.  With Borgetti, Sanchez and Borja in front of goal for El Tri, you can expect some goals to be scored and in a must-see fashion. 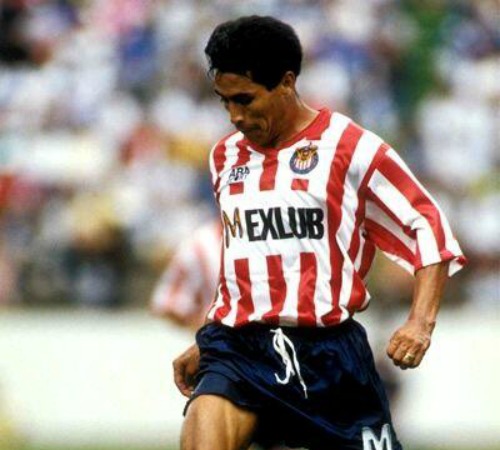 Even though Galindo spent time with three different clubs, he spent most of his club career with Chivas. Photo: tinta_chus | Twitter

Feeding our strikers would be none other than “El Maestro,” Benjamin Galindo. The man from Tierra Blanca Mexico is known for his skill on the ball. He has played 60 matches for El Tri and has notched 23 goals. For being a midfielder, that’s a great goal-ratio. Galindo also had a great club career. Playing 645 games and scoring 135 goals in that time, winning the Mexican league 4 times with 3 different clubs. Our strikers would definitely be receiving great service from Galindo and would have some assistance with goals as well.

Our midfield couldn’t be complete without Pavel Pardo. Pardo is a great addition to the midfield, especially with his defensive attributes. With his energy and influence on the pitch, Pardo would get the most out of his teammates. He is the 2nd most capped player in Mexican soccer history, with 148 appearances, 2nd only to Claudio Suarez. He became known for his time with Las Aguilas de America but he managed to win the Bundesliga title with VFB Stuttgart. Pardo also was part of the Mexican team that won the 1999 FIFA Confederations Cup. Basically, Pardo bossed the midfield.

Another midfield great – Alberto Aspe was at one point El Tri’s captain. He was known for being an influential midfielder like Pardo; our team would do great to have him included in our starting 11. He scored 21 times with the national team. He played in three FIFA World Cups, scoring in two.  El Beto spent his career playing in Mexican soccer, mostly with Pumas and Necaxa.

“El Cua” completes our midfield four. A legend of Mexican soccer – known for his flair and creativity, characteristics that he is hoping to bring onto the political scene in Mexico (he’s running to be the mayor of Cuernavaca in June). Blanco is an attacking-midfielder that can also play as a striker. He is Mexico’s 2nd most prolific scorer on the international stage, 7 goals behind Borgetti. His charisma in midfield would be a great addition and his creativity as well. He is the “innovator” that we spoke of, having created the “Cuauhtemina” at the 1998 World Cup in France. 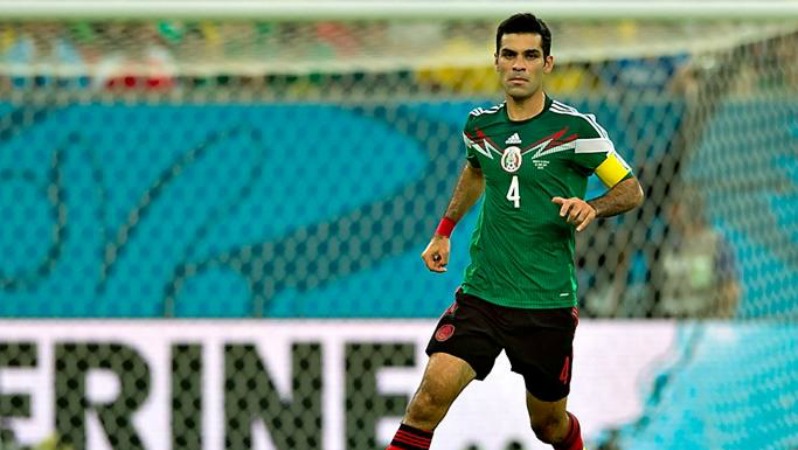 Marquez continues being a trailblazer for Mexican’s abroad. He is currently plying his trade at Hellas Verona, in Seria A. He made himself known with Barcelona. It isn’t easy making into Barcelona’s starting 11 so for that, Marquez has proven he deserves a place in our starting 11 of Mexican greats. He’s proven himself as a player defensively and many argue that he is Mexico’s greatest defender. He is the first Mexican to win the UEFA Champions League. He won almost everything there was to win with Barcelona (winning 12 titles in 7 seven years). He’s also done well at the international level – winning the 1999 Confederations Cup and appearing in 4 World Cups. With Rafa playing centre back, there’s no need to fear.

The record holder for most El Tri appearances had to be included in our starting 11. He has defended Mexico 178 times. The man known as “El Emperador” would make a great partnership with Rafa Marquez at back. He was an important player for Pumas in the Mexican league, finishing his playing career in 2009 with Chivas USA.

Completing our defensive trio would be Alfredo Tena. A man of few teams, he made over 500 appearances for Club America. His love for Las Aguilas saw him captain the team for several years. He would add even more leadership in defense.

One of the greatest keepers of Mexican soccer was Jorge Campos. Surprisingly though he never had the intention of making a career out of keeping. He debuted as a striker with Pumas and then it was only after scoring a good amount of goals that he transitioned into being a goalie for the team. It’s a good thing he did because even though he scored 14 goals in his first season with Pumas he would later on have even greater success as a keeper. He was also known for his brightly colored shirts and shorts. Just think about all the fire power this team would have if the goalie scored 14 goals as a striker in his one and only season as one. 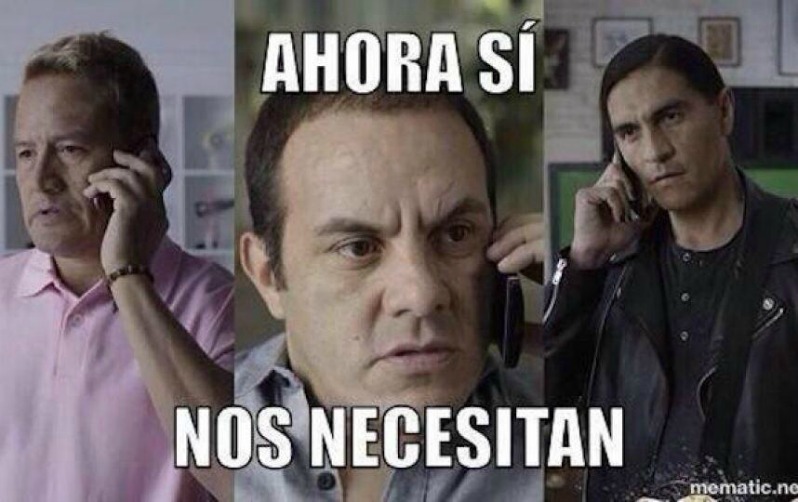 If Mexico's current crop of players doesn't pick up the slack these guys wouldn't mind a phone call to get the back in the game. (Photo: BullyingFutbol | Twitter)