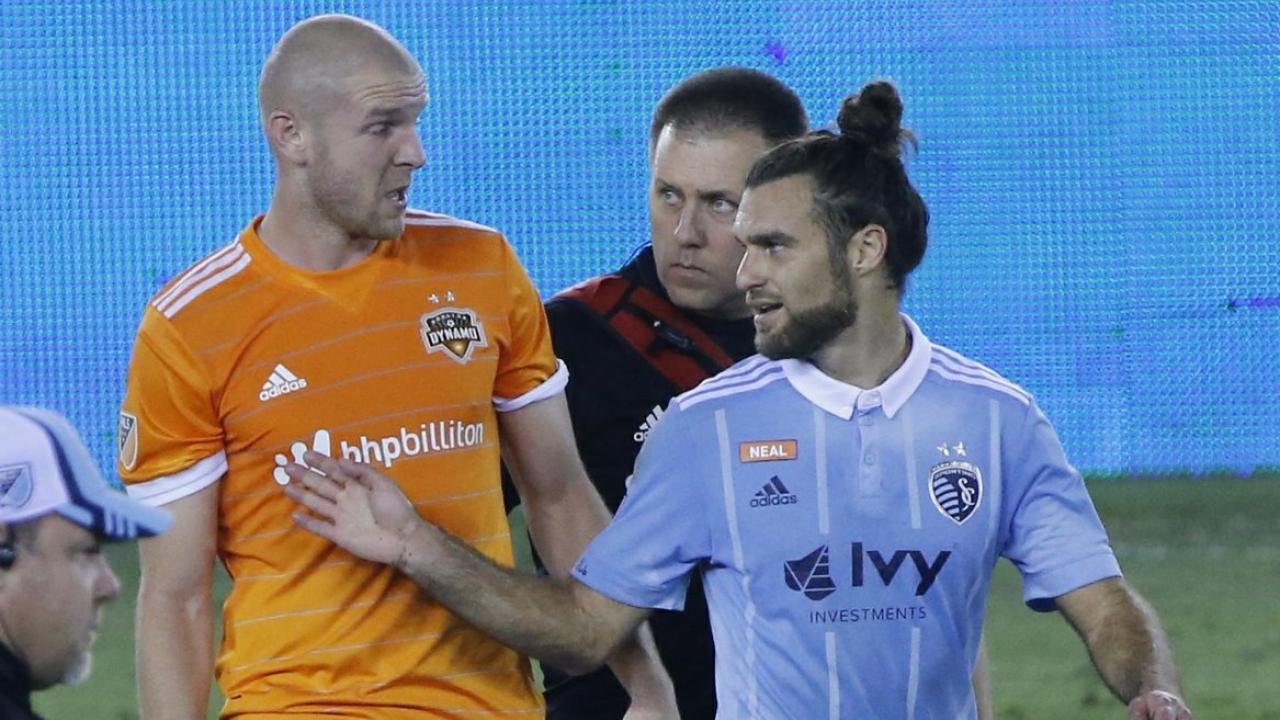 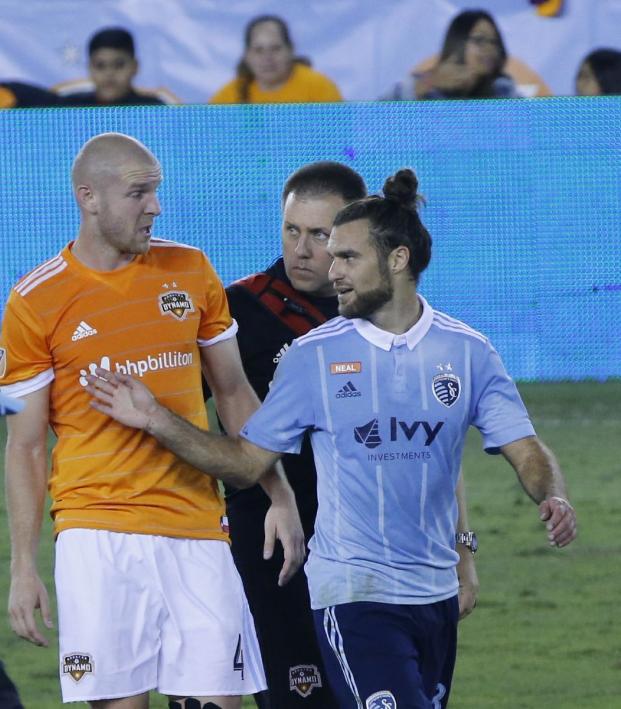 Thursday night’s MLS playoff action provided us with the perfect examples of an exhilarating 0-0 stalemate (Atlanta vs. Columbus earlier in the day) and an entirely forgettable one. The opening 90 minutes between the Houston Dynamo and Sporting Kansas City was highlighted by a relatively subdued BBVA Compass Stadium (the Astros might just be the talk of the town at the moment) booing Graham Zusi’s every touch.

Matt Besler and Benny Feilhaber, who actually played in the match against Trinidad and Tobago, were spared the same treatment, but Houston really let Zusi have it.

The Sporting right back was booked after the halftime whistle for launching an exquisite volley at the head of Philippe Senderos.

Zusi’s immediate reaction is now one of the greater moments in MLS playoff history.

The best chance of the opening 45 actually belonged to the visitors with Gerso Fernandes spurning a one-on-one opportunity with Dynamo goalkeeper Tyler Deric. The 29-year-old Texan stood firm and repelled the attack.

Houston were in control for the majority of the second half, but they couldn’t find the breakthrough before the whistle for extra time. However, their ascendancy was rewarded only four minutes into the first extra session. Alberth Elis was the man to finally unlock the league’s best defense.

Sporting probably didn't expect to ever concede a goal, and a one-goal defecit is not the kind of hole this Peter Vermes side thrives in. Houston should've scored a second to ice the game, but SKC never looked like grabbing an equalizer.

Houston will now play Portland in the Western Conference semifinals.