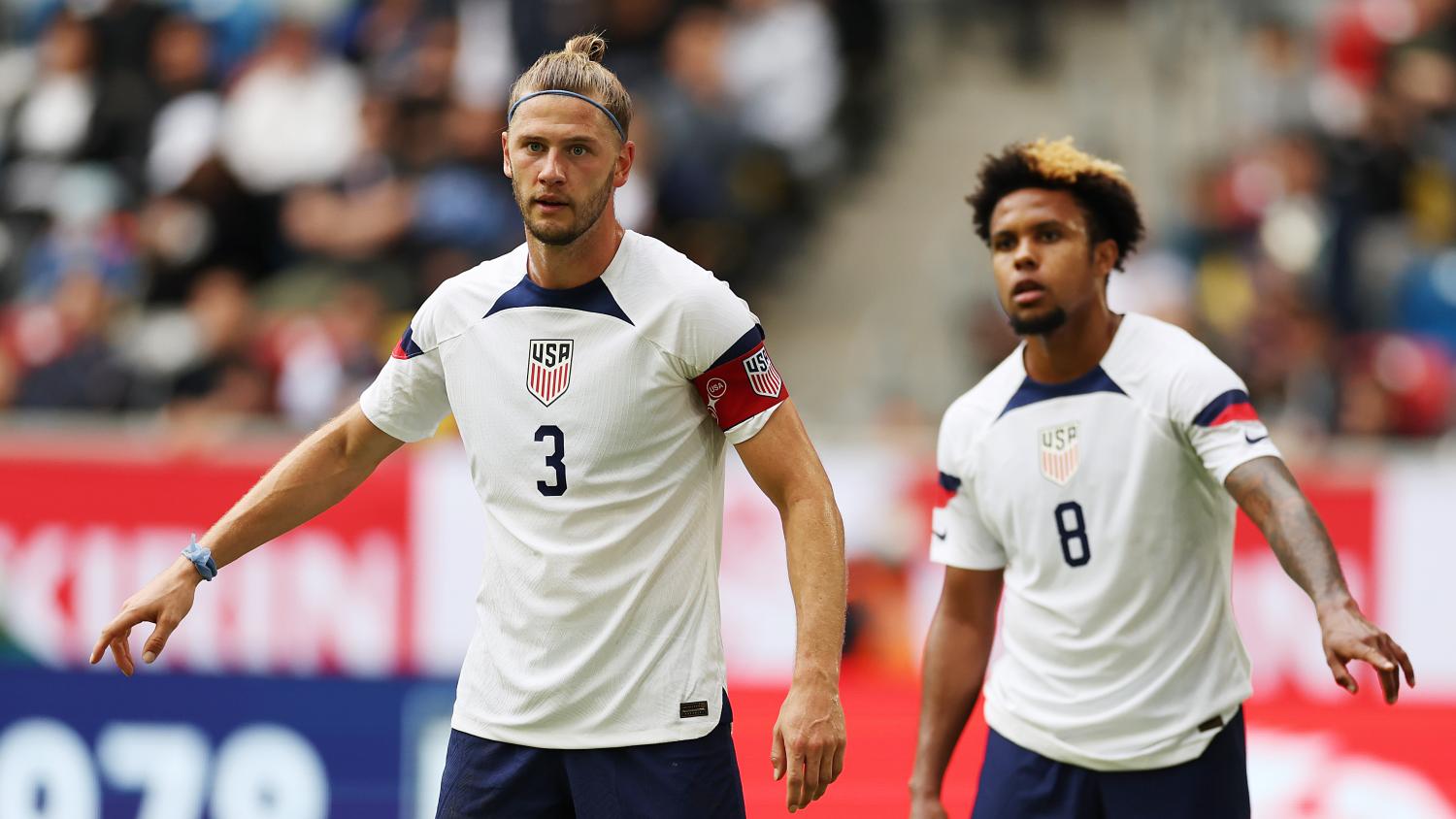 American fans that woke up early Friday morning to watch the United States men’s national team play a friendly vs. Japan were greeted to a pathetic, lackluster 2-0 U.S. defeat. Gregg Berhalter’s men were second-best just about everywhere on the field.

USMNT vs Japan Highlights and Takeaways

Several stats from Friday’s friendly paints a good picture of what the 90 minutes in Düsseldorf, Germany, looked like. The USMNT didn’t manage to get a single shot on target, gave away possession in their own final-third 40 TIMES in the first half alone and was outshot by Japan 16 to four.

Japan knocked on the door essentially the entire game. The first close opportunity came in the 23rd minute when the game’s sole goal scorer Daichi Kamada went behind New York Red Bulls defender Aaron Long as if he was passing Go and collecting $200.

Kamada would get his goal shortly after with a tidy finish that Matt Turner couldn’t reach. The goal was initially ruled offside, but a VAR review determined Kamada was onside courtesy of Walker Zimmerman.

A sloppy giveaway from Weston McKennie got the attack started for Japan.

The second half saw four substitutions for the U.S. to somewhat stop the bleeding. Things weren’t quite as clunky in the second half, but Japan continued with the pressure forcing a save from Turner in the 65th minute.

Turner was called into action 10 minutes later to pull off another great save.

Minutes before full time Kaoru Mitoma had a great piece of solo work to dribble past three Americans players before rifling a shot into the bottom corner of the goal to make it 2-0.

Wondering where all the highlights of the U.S. are? Me too. The best chance for the Americans came early in the first half when Sergiño Dest crossed a perfect ball to a wide open Jesús Ferreira who headed the ball over the bar.

The center back situation for the USMNT is officially at code red. Long looked nothing short of atrocious, there was little chemistry between the two and the giveaways plus bad passes happened far too often. Zimmerman wasn’t great either.

The injuries to Chris Richards and Cameron Carter-Vickers couldn’t have come at a worse time. Mark McKenzie did an alright job in the second half, but wow are we all missing Miles Robinson and his Achilles.

McKennie hasn’t regained his pre-injury form. The usual best player for the Stars and Stripes looked disinterested and poor throughout the game. His giveaway in the first half led to Japan’s opener and it never really improved from there.

Luca de la Torre has only played 18 garbage minutes with Celta Vigo this season and it was apparent. The level of play on Friday looked like too much for the 24-year-old.

Yunus Musah was greatly missed. The teenager always brings a spark to the national team's midfield and the U.S. needed that on Friday. Musah is recovering from a groin injury and is expected to return after the international break.

The goalkeeper debate for the USMNT at the World Cup got a little easier after a heroic performance from Turner. Japan would have won 4 or 5-0 had it not been for some excellent goalkeeping. Shades of Tim Howard if I dare say so.

There was plenty of criticism and speculation after Turner’s so-so performances during World Cup qualifying and becoming Arsenal’s back-up. He demonstrated on Friday that he’s more than capable of being the starting keeper for the USMNT.

Dishonorable mention: The attack looked non-existent. An injury to Christian Pulisic in training didn’t help, but wow was there little to talk about up front. Ferreira had his golden chance and blew it. Jordan Pefok is somewhere in Berlin with a wry grin.

The USMNT attack produced about as much as a vegan-run meat factory.

Up next for Berhalter and the U.S. is the final friendly before the World Cup vs. Saudi Arabia on Tuesday, Sept. 27 at 2 p.m. ET in Murcia, Spain.