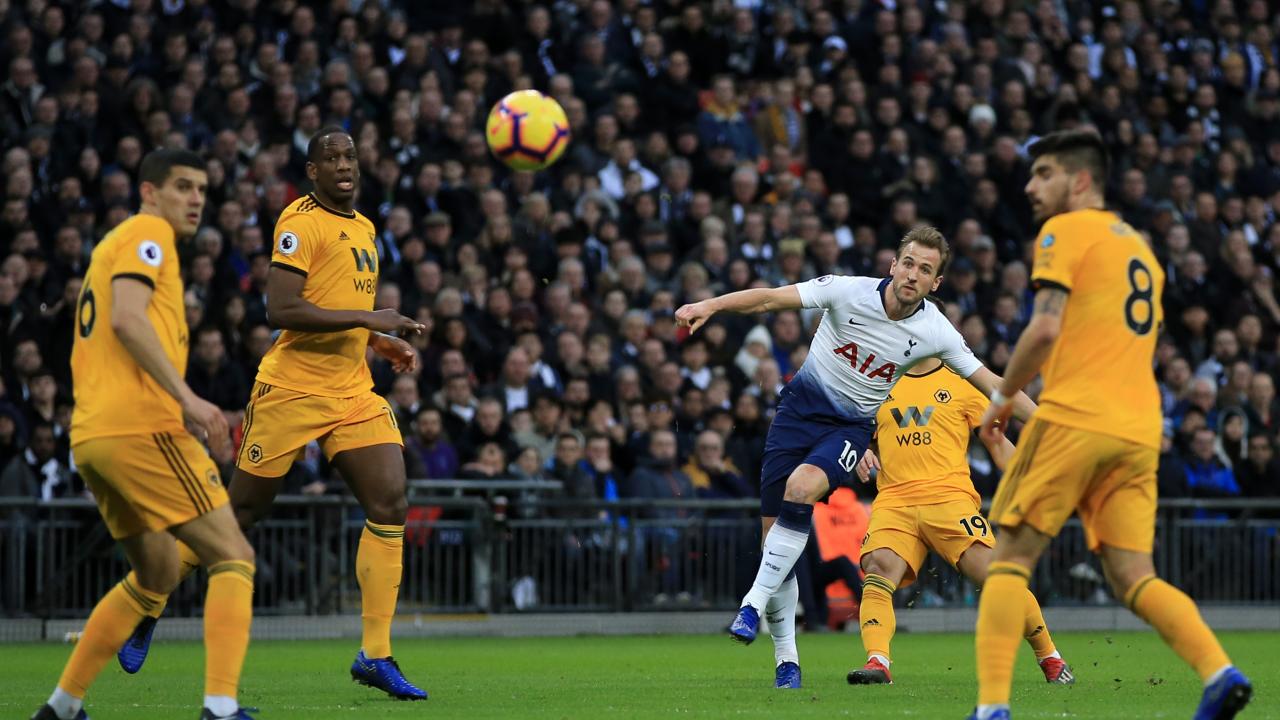 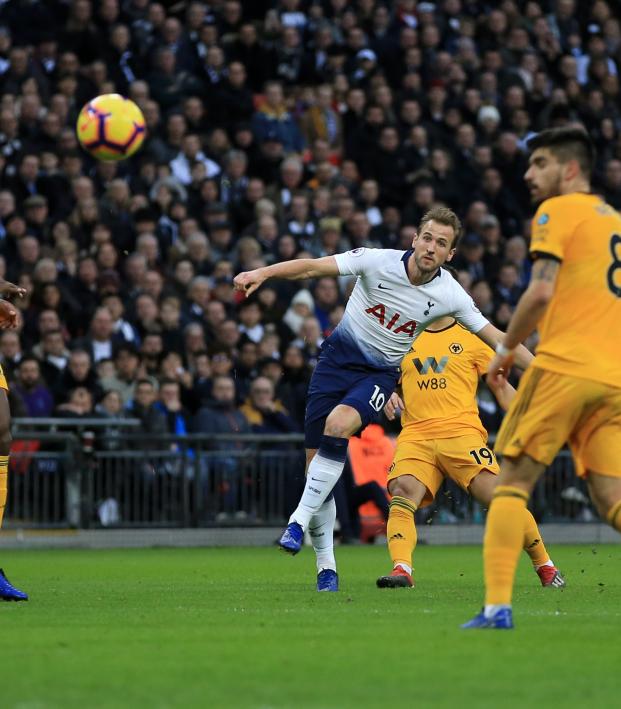 It was a bit of a joke that Mo Salah’s chipped effort against Everton was awarded the Puskas for the best goal of the year, only winning because Liverpool supporters took over the fan voting. The Harry Kane goal vs Wolves on Saturday was superior in every way — but probably won’t win any awards for a multitude of reasons.

Forget what happened in the rest of the match — we’ll get to it. For now let’s focus on Kane’s remarkable goal that put Spurs on top in the 22nd minute. Just watch it and try not to squeal.

The Harry Kane goal vs Wolves was nothing short of spectacular. The way he takes the ball more than 40 yards from goal, dips inside on his left (weaker) foot and launches a power drive into the far corner is something you expect to see from a star at Real Madrid or Barcelona, not Tottenham Hotspurs. It’s a world-class strike from a world-class striker.

But it won’t win the Puskas, given every year to the prettiest goal.

For starters, Kane is a boring British bloke. He doesn’t have any sort of charisma (other than scoring bangers) and honestly I’d fall asleep just trying to describe to you how drab he is on camera. He doesn’t “seem” like one of the world’s best strikers, so he doesn’t always get the credit he deserves — as opposed to a Luis Suarez or Zlatan Ibrahimovic, who are massive characters on and off the pitch.

Second, the Harry Kane goal vs Wolves won’t win the Puskas because of what happened after the golazo.

Tottenham gave fans hope of a title challenge when Spurs leapfrogged Manchester City into second place on Boxing Day. Kane’s strike had the home side buzzing with the prospects of pulling within three points of Liverpool if Arsenal could stun the Reds at Anfield later in the day.

But things fell apart in the final 20 minutes.

Willy Boly equalized in the 72nd minute, Raúl Jiménez struck the winner in the 83rd and Hélder Costa put the match away in the 87th as Wolverhampton stunned the home fans with a 3-1 victory.

Goal Wolves! Boly heads in from a corner! pic.twitter.com/YPZtM2ec6i

Wolves take a late lead and look what it means to them and their fans! pic.twitter.com/DaBz0ygEHF

To make matters worse, Kane was booked for a dive in the 81st minute.

Something tells me Spurs fans won’t remember the Harry Kane goal vs Wolves as fondly as Liverpool fans remember the Salah goal vs Everton.