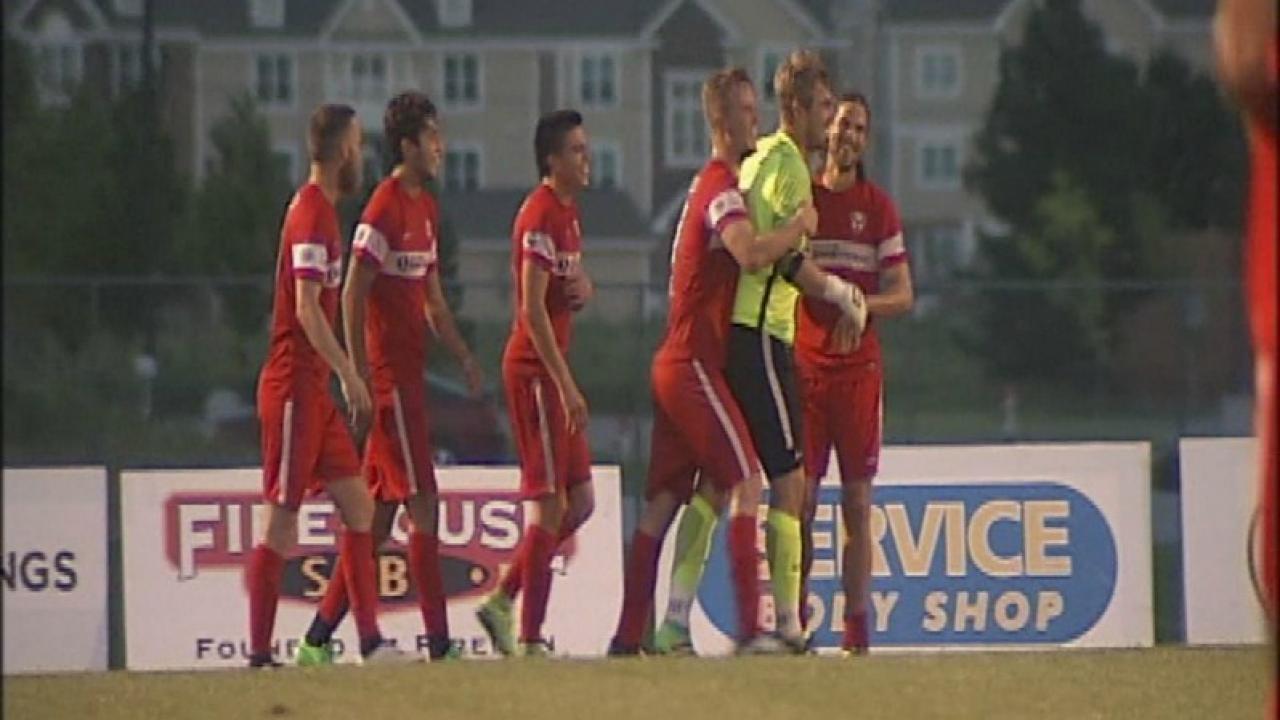 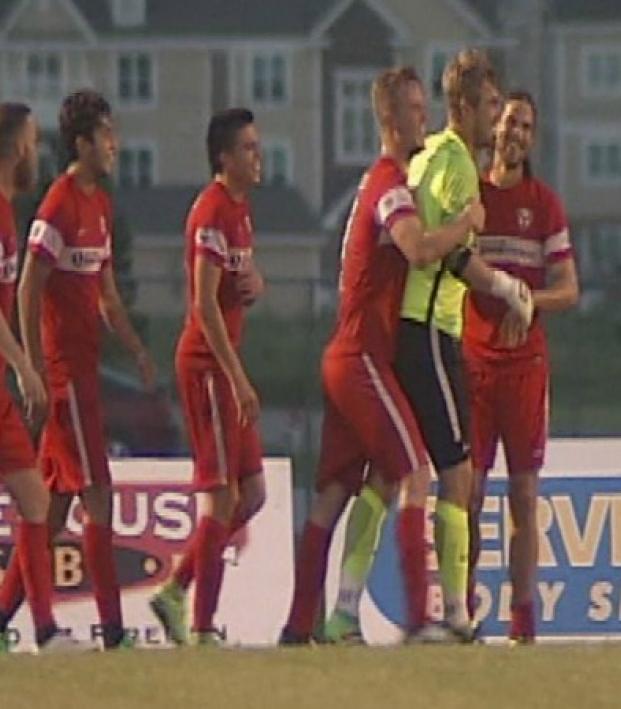 Goalkeeper Scores By Ripping Punt From His Own PK Spot

Connor Fleming July 8, 2016
Goalkeeper Mark Weir of the NPSL's FC Wichita scored a goal from more than 100 yards out.

In an occurrence rarer than Bigfoot sightings, a goalkeeper in the NPSL (the fourth tier of professional competition in the United States) has scored from his own penalty spot. Now, the length of soccer pitches can of course vary, but, if we’re going by the standard 115 yards, this goal was scored from over 100 yards out.

Mark Weir, the goalkeeper for FC Wichita, ripped this punt against the Shreveport Rafters (the legendary Rafters!) in an NPSL quarterfinal playoff match. With the Rafters down 2-0 in second-half stoppage time, they sent their own goalkeeper forward in a last ditch attempt at salvaging the game.

Unfortunately for them, Weir coolly collected the corner in the air before thunder punting the ball down the field and into the Rafter’s empty net.

So, umm, this just happened in the @FCWichita game. Goal of the Year much, Mark Weir?
CC: @SportsCenter @NPSLSoccer pic.twitter.com/KDGZkj4Ezr

Who does this?! Especially against the legendary Rafters!

Such is the gravity and sheer power of the punt that the camera operator is forced to zoom out to find the ball while it’s in mid-flight. Don’t worry, the ball is just saying hello to NASA’s Juno spacecraft somewhere near Jupiter’s orbit before crashing back down to earth and into the net. Game over, 3-0 FC Wichita.

Go on Wichita, Kansas. Go on Mark Weir, get down with your bad self.