Keeper Sets Record As Oldest World Cup Player Ever, Then Makes Amazing Save On PK 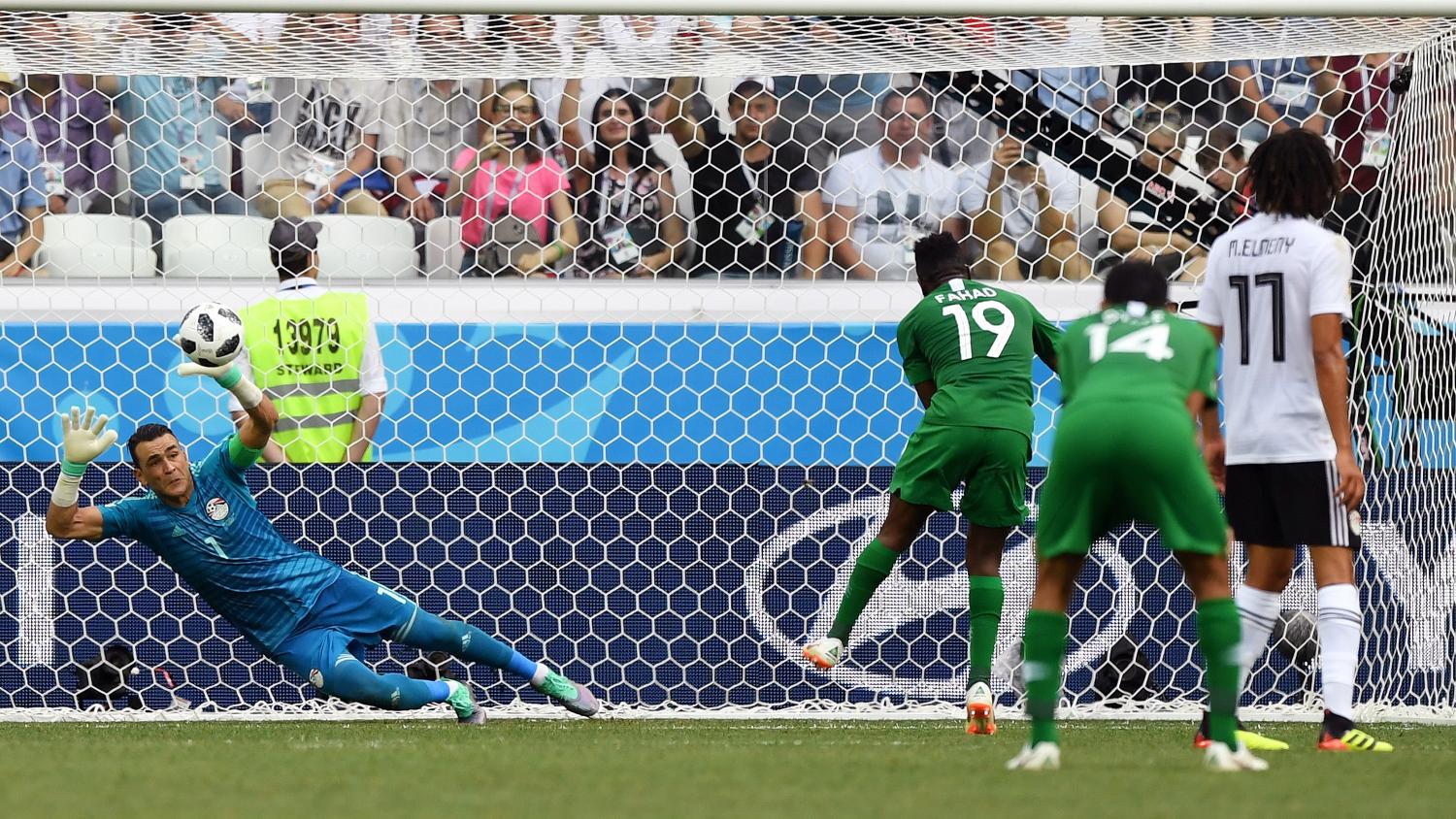 Essam El-Hadary became the oldest player to ever appear in the World Cup. Then he made the best save of the 2018 World Cup.

Essam El-Hadary, Egypt’s 45-year-old goalkeeper, made his World Cup debut in the Pharaohs’ dead rubber against Saudi Arabia on Monday. Neither team could advance as both had lost their matches against Russia and Uruguay.

After Mo Salah gave Egypt a lead in the first half, El-Hadary stepped up to make the save of the tournament thus far.

Facing a penalty for a hand ball in the box, Essam El-Hadary dove to his right and got a paw to the powerful shot to deny Fahad Al-Muwallad.

Most penalty kick saves come from poor shots, but Al-Muwallad’s effort was not bad — El-Hadary was just a bit better.

Unfortunately for Essam El-Hadary, Egypt gave up another penalty kick later in the first half. This time, the Pharaohs goalkeeper dove the wrong way and Salman Al-Faraj  equalized.

Nonetheless, it’s a remarkable achievement for Essam El-Hadary to become the oldest player in World Cup history and make a magnificent save on a PK.

The previous record for oldest player was set four years ago by Colombian goalkeeper Faryd Mondragón. He was 43 years and three days old when he appeared at the 2014 World Cup. El-Hadary was 45 years and 161 days old.