Retired World Cup 2014 Stars — Where Are They Now? 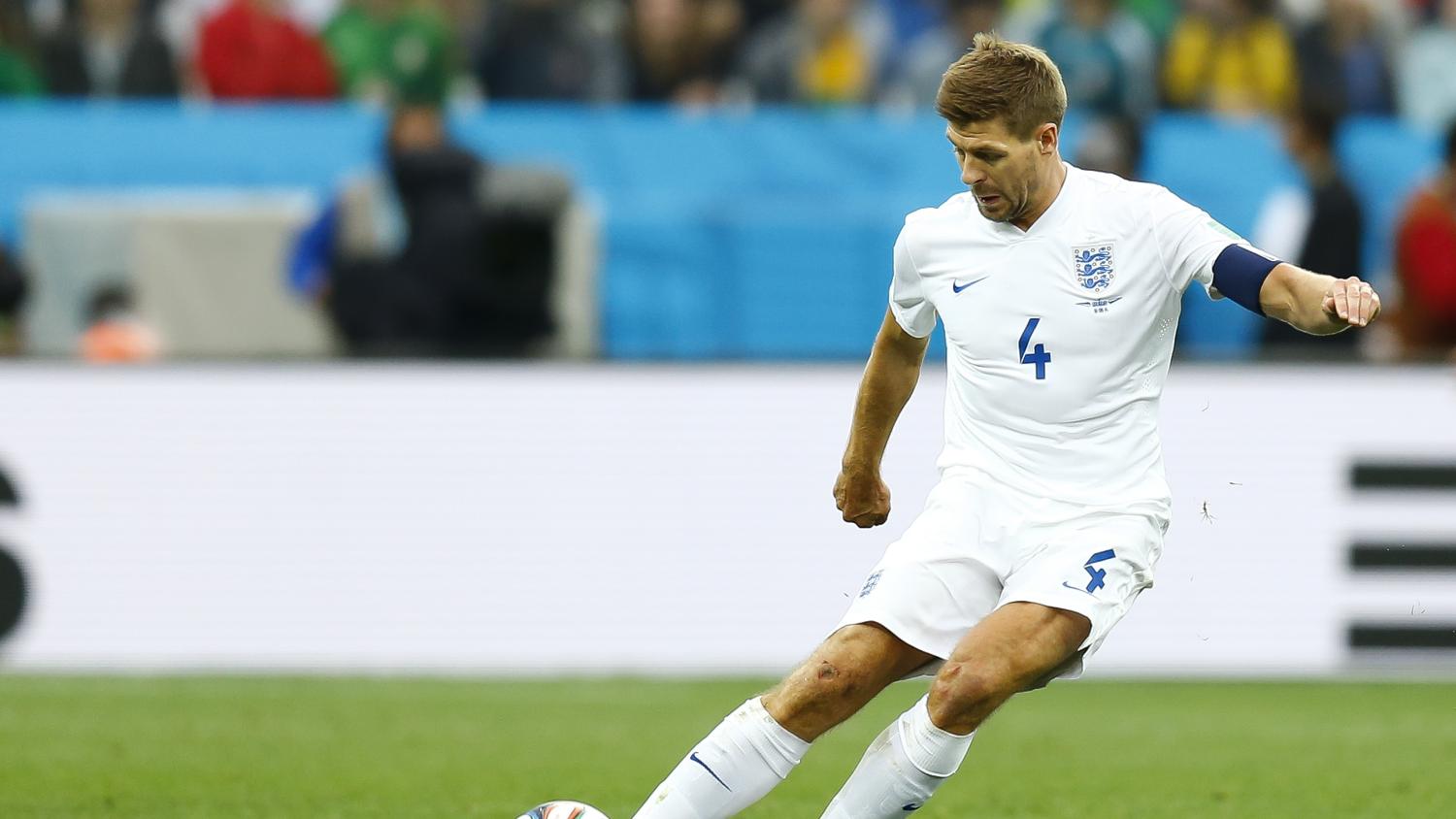 We tracked down 24 of the most famous footballers who have retired since playing in the 2014 World Cup four years ago. Some of them have turned to coaching, others to TV and still more have opted to live a quiet life. One of the World Cup players reportedly attempted suicide. (Spoiler alert: He’s still alive.)

We also included a couple notable women’s players who retired after the 2015 Women’s World Cup.

Retired 2014 World Cup Players — Where Are They Now

Maicon won a Champions League and four Scudettos with Inter Milan, which was followed by stints at Manchester City and Roma. After returning to Brazil with Avai, he has not played in 2018. While technically still a free agent, he’s all but retired and was kicked off the Brazil national team a couple months after the 2014 World Cup.

The former Bayern Munich forward won six league titles and a UEFA Cup over his career in Europe, much of it spent in the Bundesliga. After sort of retiring with 1860 Munich in 2017, he transitioned into coaching. He is now the assistant manager of Croatia, the country for which he was named Footballer of the Year in 2009 and 2010.

One of Australia’s best exports, the attacking midfielder played for Serie A clubs Parma, Palermo and Lazio. He retired in 2015 but hasn’t yet returned to the game, despite taking a football director’s course in Italy.

While Xavi Hernandez hasn’t officially retired, he dropped off the map in 2015 when he moved to Qatar with Al Sadd. He recently said he’d retire after the 2017-18 season to pursue a career in coaching.

Yepes was a part of the 2001 Copa America winners and captained Colombia at the 2014 World Cup, where he became the third Colombian to reach 100 caps. He retired from international football after the cup and played one more year with San Lorenzo before hanging up his boots. He began a managerial career with his hometown club Deportivo Cali but didn’t last more than one season and he was let go in March of 2017.

Mondragón became the oldest player to appear in a World Cup at 43 years of age in 2014 and hung up his goalkeeper’s gloves after helping Colombia reach the quarterfinals. He was hospitalized in 2016 after an alleged suicide attempt. Fortunately, he’s still alive and the episode was put down to a “metabolic imbalance.”

The former Greece captain who played for the likes of Inter Milan, Benfica, Panathinaikos and Fulham retired after the 2014 World Cup. He’ll return to the pitch on May 20 for a friendly between Inter Forever and Norwich Legends at Carrow Road. He’ll play for Inter Forever alongside the likes of Francesco Toldo, Javier Zanetti, Nicola Berti, Marco Materazzi, Maicon and Jurgen Klinsmann.

The former Arsenal, Manchester City and Liverpool defender retired in 2017 after a season with Celtic. He’s now a technical assistant for the Hoops as well as lending a hand with the Ivory Coast coaching staff.

Like Xavi mentioned above, Drogba is not actually retired, it just seems that way. After leaving Chelsea a second time in 2015, Drogba played 33 games with Montreal in MLS before joining United Soccer League’s Phoenix Rising, for which he became a team owner, thought to be the first player-owner in football.

The Liverpool legend made 504 appearances for the Reds and 114 with the Three Lions. He retired in 2016 after two middling seasons with the LA Galaxy. He is now an academy coach with the Liverpool U-18s while also serving as a TV commentator for BT Sport in England.

The Chelsea legend made 429 appearances for the Blues and 106 with the Three Lions. He retired in 2016 after a two middling seasons with NYCFC. Wait, am I repeating myself? Lampard said he’d seek his coaching credentials after retiring but has yet to pop up with a club.

OK, so he hasn’t retired yet. But it’s acomin’.

The short-tempered, wonderfully skilled attacker who overcame cerebral damage and heart surgery to make his World Cup debut in 2014 retired in 2017. But just this past week the former Roma, Real Madrid, AC Milan and Inter Milan player said he might yet return to the game at the age of 35. 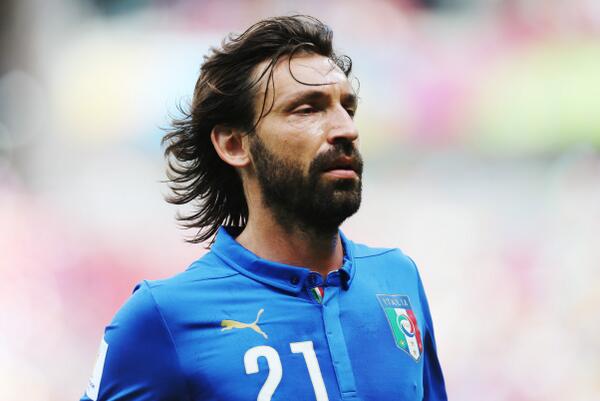 Andrea Pirlo will return to the San Siro on May 19. Photo: @Squawka | Twitter

One of the game’s most brilliant midfielders, Pirlo retired in 2017 after three slow years with NYCFC. The six-time Serie A winner and 2006 World Cup champion will have a farewell match at the San Siro on his 39th birthday on May 19. After that, he’s said he’s unsure what’s next, but he’s had talks with the Italian national team and various clubs.

The first Ecuadorian to play in the UEFA Champions League (with PSV) and match winner in the country’s first World Cup win in 2002 retired in 2015 after 111 caps with La Tricolor. In 2017 he became an advisor to the Ecuador national team.

The goalkeeper recorded 135 caps for Los Catrachos, second most all time. He retired in 2016, flirted with a return earlier this year but has remained in retirement. The best goalkeeper at the 2011 Gold Cup will play at el Partido por la Paz at the National Stadium in Tegulcigapa on May 19 alongside the likes of Carles Puyol, Roberto Carlos, Luis Figo, Robert Pires, Deco, Rene Higuita and David Trezeguet.

The captain of the Dragons from 2004-2014, Spahić had a long career in Europe with top-tier stops in Moscow, Montpellier, Seville, Leverkusen and Hamburg. The cousin of Edin Dzeko retired in 2017 and recently started building a house in Dubrovnik, a city made famous for being a filming location for the HBO show Game of Thrones.

At the 2014 World Cup, Neku captained Iran, for which he made 151 appearances. He also played nearly 200 games in LaLiga with Osasuna in a career that began in 1998. After retiring in 2016 he quickly became an assistant to Iran coach Carlos Queiroz. He later became head coach at Khooneh be Khooneh and is currently the head coach of Nassaji Mazandaran of Iran’s second division.

The Super Eagles’ all-time caps leader, who also appeared more than 200 times for Everton, retired after the 2014 World Cup. The former Nigeria captain and his wife Adaeze Igwe, who was once named Nigeria’s most beautiful woman, are currently enjoying the parenting life with three kids and were awarded chieftaincy titles in 2016. 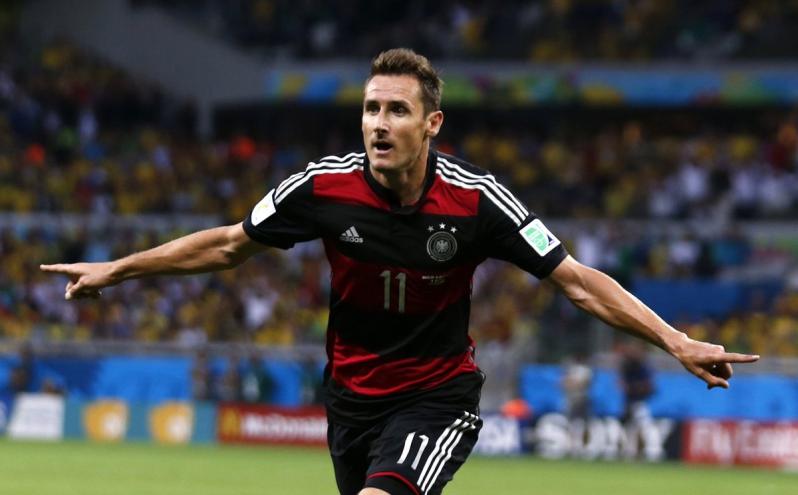 Miroslav Klose will be at the 2018 World Cup with Germany again, only this time as a coach. Photo: @Squawka | Twitter

The World Cup’s all-time leading goal scorer (16 goals) was always more well known for his exploits with Die Mannschaft than his club play with Kaiserslautern, Werder Bremen, Bayern Munich and Lazio. The man who scored a record 71 times in 137 appearances for Germany officially retired in November 2016. He is now a member of Joachim Löw’s German national team coaching staff.

The captain of the 2014 World Cup winners, Lahm hung up his boots after the 2017 season. Soon after he entered the Bayern Munich Hall of Fame after 12 seasons with Die Roten. While Thomas Müller recently suggested Lahm could be the next Bayern Munich manager, the former fullback is currently an ambassador for Germany’s bid to host the 2024 Euros.

Oh wait, he wasn’t at the 2014 World Cup. Oh wait, he unretired a second time. Fuck it, we’re doing this anyway. Donovan is currently playing as a midfielder for Club León in Liga MX, though he’s made just five appearances outside of a friendly against his former club, San Jose. That friendly featured Donovan’s only goal for León thus far.

The captain of the Fennecs in 2014, Bougherra spent much of his career in the UK with teams like Sheffield Wednesday, Charlton Atheltic and Rangers. After retiring in 2016 he started his coaching career. In April, he won a U-23 championship in Qatar with Al Duhail (formerly Lehkwiya, where Bougherra played for three years).

The 2014 World Cup was the swan song for the oft-brutish center back who spent nearly a decade at Bayern Munich. Big Dan, who racked up 83 caps for Belgium, once kicked a ball so hard it burst. After retiring, Van Buyten became a staff member at Standard Liege, for which he played at the start of his career. But he was let go after 17 months on the job.

Wambach retired after winning the 2015 World Cup as her country’s all-time leading goal scorer, having scored an absurd 184 goals in 256 appearances. Since retirement, she was arrested for a DUI, got married to author Glennon Doyle Melton and recently said she’ll donate her brain to science (after she’s dead). She’s now two years sober and coaches her daughters’ rec-league soccer teams.

The oldest woman to ever appear in a World Cup match, she divorced her husband of 16 years in 2017 and returned to her maiden name of Christie Pearce. After 311 U.S. caps (second most all time), she’s now considering returning to the game by getting into coaching.