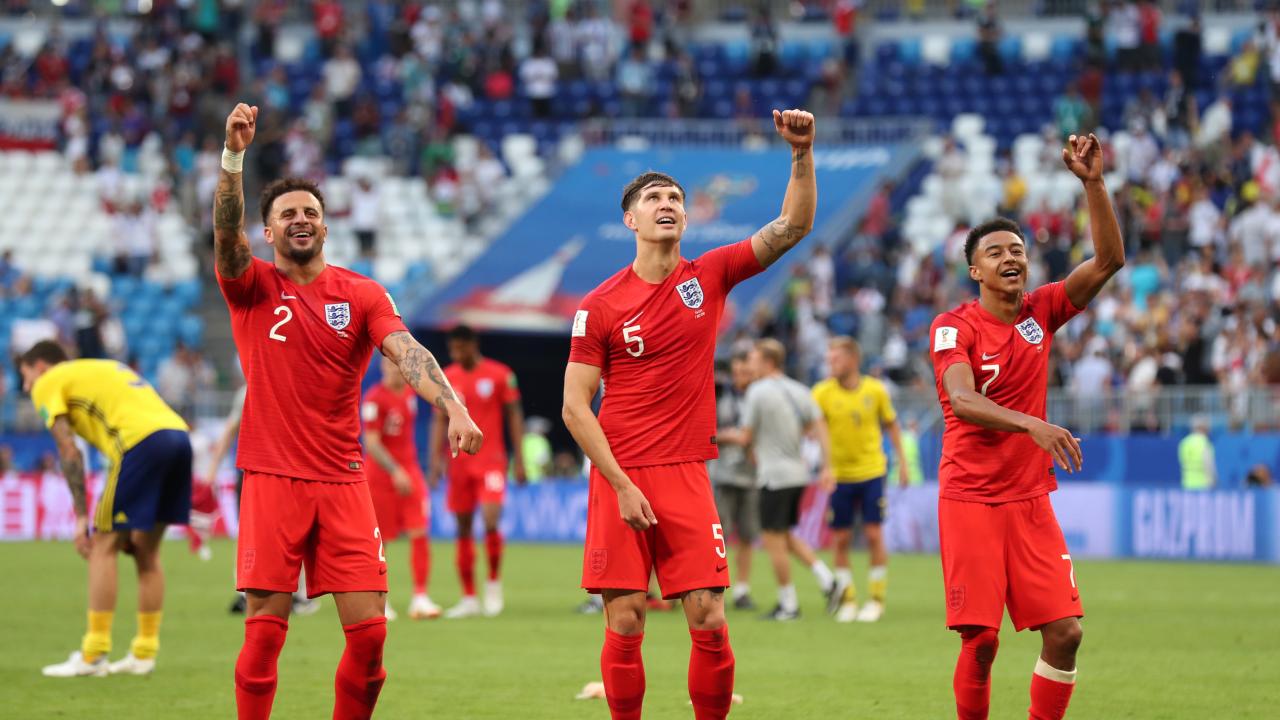 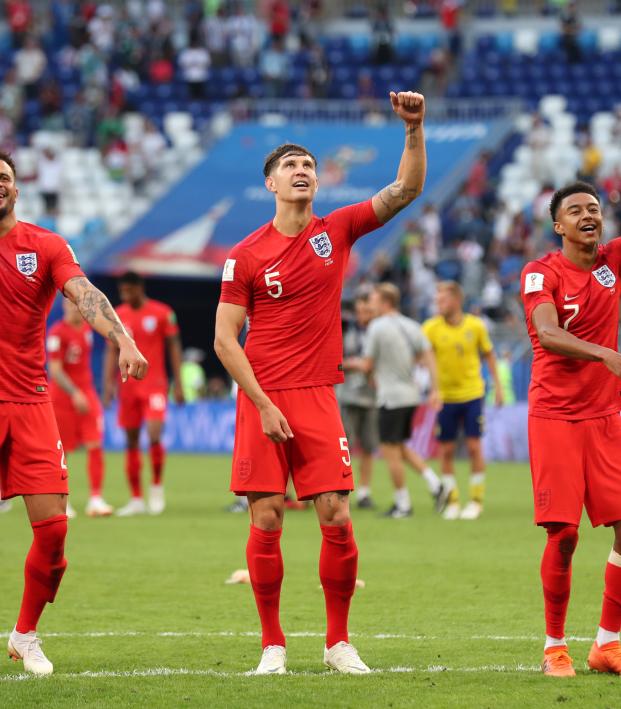 In the early ’90s, pre-Wengerian Arsenal earned a reputation for playing a brand of football that was effective but far from entertaining, resulting in chants of “Boring, Boring Arsenal.” It was a refrain that easily could have been repeated throughout the Three Lions’ campaign in Russia, including at the England vs Sweden match on Saturday in Samara, Russia.

England defeated Sweden 2-0 to reach its first semifinal since 1990 and just its third all time (for comparison, this is the first year in which Germany isn’t in the semifinals since 1998). The Three Lions did it by following the same game plan that’s proven so successful for Gareth Southgate at this tournament — scoring off set pieces.

England has scored 11 goals at the World Cup so far, a pretty good haul. But eight of them have come directly from set pieces (four penalties, four corner kicks). The Three Lions’ two goals on Saturday came off a corner kick and a back-post header following sustained pressure after a corner kick, the latter ending a streak of 300 minutes without a goal from the run of play in Russia.

The 2018 World Cup has seen its fair share of upsets, but England has avoided defeat (we’ll consider the loss to Belgium a victory) because it plays within itself. In the past, England teams go to World Cups with boatloads of overpriced, overhyped stars and unrealistic expectations. This year, it’s different.

There is no David Beckham, no Wayne Rooney and no Frank Lampard or Steven Gerrard. This England team is full of hard-working players who aren’t necessarily the biggest stars at their own clubs. This has allowed for a workmanlike attitude that has developed an understated confidence that this team can actually win it all.

England entered the tournament without any real midfield creator. Sure there are wingers like Raheem Sterling, Dele Alli and Jesse Lingard, but there is no real No. 10. Knowing his deficiencies, Southgate has built a team that wins with defensive solidity and set-piece mastery — and an ability to draw and convert penalty kicks.

At a World Cup that set the record for most penalty kicks awarded and converted, no side has taken greater advantage than England. For all of Neymar’s diving antics, the Three Lions have been the kings of drawing penalty kicks. Harry Kane is 4 for 4 on PKs during matches and added another in the shootout against Colombia.

It’s been enough for England to keep advancing. The question is: Can the Three Lions keep it up?

In the group stage, England beat two awful teams in Tunisia and Panama before losing a match to Belgium neither team cared about. The Three Lions then beat a Colombia team that was without its talisman James Rodriguez. And while Sweden won the Group of Death over Germany, Mexico and South Korea, its wins came over Mexico, South Korea and Switzerland.

Sweden was admittedly poor against England, but much of that was down to England’s tactics, though less so its players.

The England vs Sweden match never really got up to the speed of some other matches this tournament has seen, such as Belgium-Brazil on Friday or France-Argentina in the Round of 16. But that was because England wanted it to be boring, wanted to win on the strength of its defense and set pieces.

It was a plan that worked perfectly.

Defender Harry Maguire opened the scoring in the 30th minute with a — you guessed it — goal off a set piece, heading in a corner kick by outleaping Emil Forsberg. It was the first corner of the game and England took full advantage.

England actually tried something different in the 44th minute when Sterling was played in behind the defense, only for his shot to be saved by Robin Olsen, though a late raise of the flag from the assistant referee would have nullified a goal.

Moments later, Sterling was sprung behind the defense again, only this time he was onside. As in the first opportunity, Olsen made a magnificent save to deny Sterling.

Raheem Sterling should probably have a goal by now  pic.twitter.com/8CuGLCFTeP

England does have exciting players who can make things happen like this, but too often they’re either leashed by the style of play or slowed down by the lack of creative teammates around them.

In the second half, Sweden opened with more attacking intent than it showed in the entirety of the first half. In the 47th minute, Marcus Berg outjumped Ashley Young to put a header on goal, but Jordan Pickford scrambled over to push the shot away just before it crossed the line. Whenever England has broken down defensively, Pickford has been there to save the day.

Pickford hasn't had to do much today, but he just came up big for England! pic.twitter.com/k2vA0jMFXj

Finally, after about 300 minutes since England’s last goal from the run of play, the Three Lions did it again, with Dele Alli nodding home a cross.

Pickford had to make a few more saves to preserve the clean sheet, but wasn’t harassed too much by Sweden. Again, this was mostly down to England’s tactics and performance, but Sweden isn’t exactly the most creative team in Russia. The Blågult proved they could be more boring than the Three Lions. Important for England, Sweden was boring enough to allow Jordan Henderson be subbed off to prevent him from picking up a yellow-card suspension.

England may be boring, but it may just be the team best suited to win the 2018 World Cup.

Back in 1992-93 when the chants of “Boring, Boring Arsenal” first propagated, Arsenal became the first English club ever to win the cup double. We may be chanting “Boring, Boring England,” but the Three Lions might just lift the trophy at the end of it all.